FLEXBOMB GIRLS. Contestants of 'Drag Race Philippines' perform as a girl group on the main stage.

Spoilers below! What do you expect? It’s a recap! 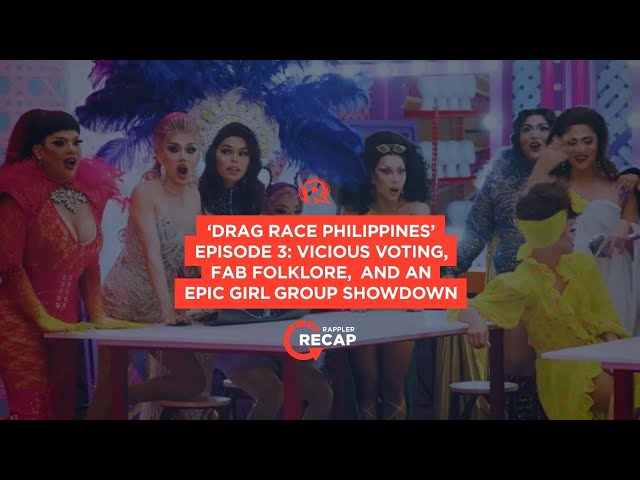 It may be too early to say it but this episode is the season’s best so far. Dare I say, it’s also one of the best episodes out of any iteration of Drag Race.

The episode gets shady right off the bat with a Halalan 2022-inspired mini-challenge: the Drag Race Rulections, where each queen ranks all the other queens from one to nine.

As host Paolo Ballesteros asked each queen to give her ranking, Brigiding was repeatedly ranked the lowest, with some queens reasoning that she didn’t have a strong brand. Precious Paula Nicole turned out to be the werk room favorite, not only for her talent, but for her kindness.

It was no surprise then that after the COMELEG (Comission on Eleganza, we love these little drag Filipinisms) tally, Brigiding came in the bottom at 10th.

Just above her was Viñas in ninth, while mother-daughter rivals Marina Summers and Xilhouete tied in the eighth and seventh spots. Lady Morgana came in sixth, Gigi Era in fifth, Minty Fresh in fourth, Eva Le Queen in third, and Turing in second.

Precious topped the rankings in first place, thereby winning the mini-challenge and P20,000. She and Brigiding, as the bottom queen, were then named team captains for the episode’s maxi-challenge – a girl group face-off.

The girl group episode is much-awaited among Drag Race fans, and with good reason. When you make a bunch of drag queens sing and dance together in a group, it’s bound to be entertaining and full of drama.

Paolo lays out what they need to do for the challenge: write a verse each for the song “Pop Off, Ate,” record their verse, and choreograph and execute a dance routine.

The queens proceed to write their verses, and they all draw inspiration from different things.

Precious gets candid about being an orphan, while Gigi talks about her experiences as an OFW. Brigiding hypes herself up in her verse, but her teammates Turing and Marina tell her that the lyrics don’t really reveal much about who she is. “Noted. Copy,” is how she responds.

Eva gets tearful after writing her verse, where she opens up about feeling insecure about not fitting the drag standards in the Philippines. Turing, proving always ready with words of encouragement, tells Eva to set her own standards.

The queens are able to tell all their stories in time to record their verses, with the guidance and blessing of President Nadine and producer Moophs.

It goes smoothly for the most part, with most of them managing to shake off their nerves and perform. Brigiding seems to be the only one who lets her nerves get the best of her, and she stumbles over the timing of her verse with the music.

Then comes their dance rehearsal. Pink Pussy Energy takes the stage first, with the Flexbomb Girls as their audience. Their choreography and smooth execution strikes fear in their competitor’s hearts, and it looks like PPE is a shoo-in for the win when the Flexbomb Girls’ rehearsals turn out to be a bit of a mess.

However, Marina confidently says when they walk into the werk room the next day that she feels good about their team’s routine.

As the girls prep for their performances, Turing shares that she has gone through – and still sometimes goes through – body dysmorphia.

Pink Pussy Energy takes the stage first, serving up the works with five (5) wig reveals and a shower of confetti. The Flexbomb Girls follow, showing a smoother, tighter performance than what they showed at rehearsal and Turing in particular truly POPPING OFF. 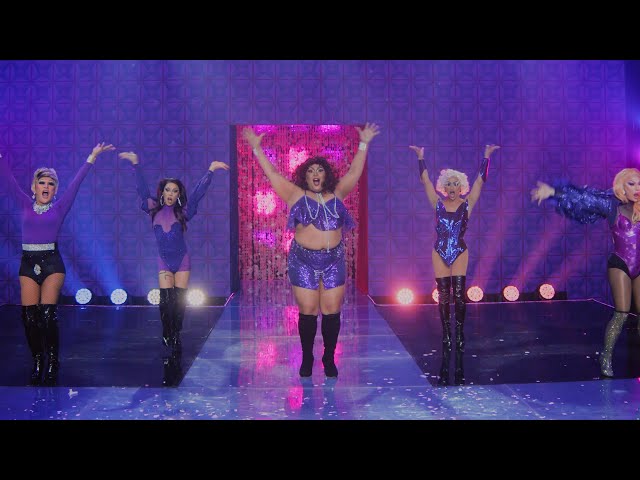 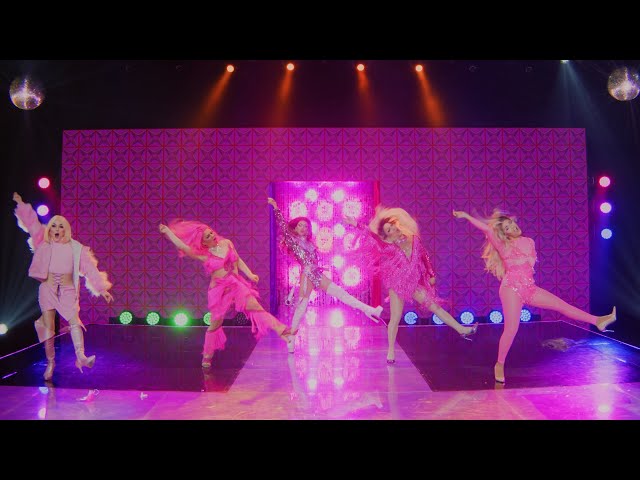 After their number, PPE joins them back onstage, and the two girl groups face off in a dance showdown.

After the girl group challenge, it’s time for the runway. This week’s theme is something we can only ever get on Drag Race Philippines: Shake, Rattle, and Rampa – looks inspired by Filipino folklore and mythology.

The runway opens with Precious Paula Nicole, who makes Drag Race herstory by being the first queen to birth three tiyanaks onstage.

The tiyanak theme runs strong through the runway, with Xilhouete and Gigi Era turning out their own tiyanak looks. Xilhouete wears an elaborate gown decked in beads made to look like blood, while Gigi serves straight-up tiyanak realness in a look that would fit right into a Magandang Gabi Bayan Halloween Special.

The girl group performances and runway left viewers gagged – so much so that the first thing Mamwa Pao tells the girls at judging is, “My queens, you made me proud.”

Of course, because it’s still a competition, the Flexbomb Girls are named the winning group – a rudemption for its leader Brigiding, after ranking lowest in the mini-challenge.

Out of the five queens, Turing is named challenge winner – another rudemption, after her bottom-two finish the previous week. Like the other winners before her, she takes home a cash tip of P80,000 and a RuBadge.

The Pink Pussy Energy girls, as the losing team, face the judges’ comments. Joining Mamwa Pao and mainstay judges Kaladkaren and Jiggly Caliente this week are Rajo Laurel (for the second time), and Nadine Lustre.

Precious is critiqued for blending in during the girl group challenge, and she gets emotional as she shares that she wasn’t able to see her late mom for one last time because she was busy working.

Mamwa Pao doesn’t mince words when she comments on Xilhouete’s look: “I don’t like your outfit,” she says, adding that Xilhouete’s runway should’ve been better considering the theme was right on her brand.

Xilhouete also gets emotional as she talks about growing up without a mother, to which Jiggly reassures her: “The beauty of us being in the LGBT community, we have a chosen family.”

Kaladkaren tells Minty Fresh that she felt shortchanged by her girl group performance, and the judges praise Gigi for being on beat but call her out for getting too literal with her runway.

Despite being on the losing team, Viñas receives praises from the judges. “I am obsessed with you,” Kaladkaren says, while Rajo calls her a star.

Jiggly points out that Pink Pussy Energy’s outfits were not cohesive, and that they didn’t look like a girl group.

With some queens still wiping the tears off their faces, Viñas and Precious are marked safe, while Marina, Gigi, and Xilhouete land in the bottom three.

Ultimately, the lipsync comes down to Xilhouete and Gigi. The two battle it out to the tune of RuPaul’s “Glamazon.” In the end, Gigi goes home. – Rappler.com