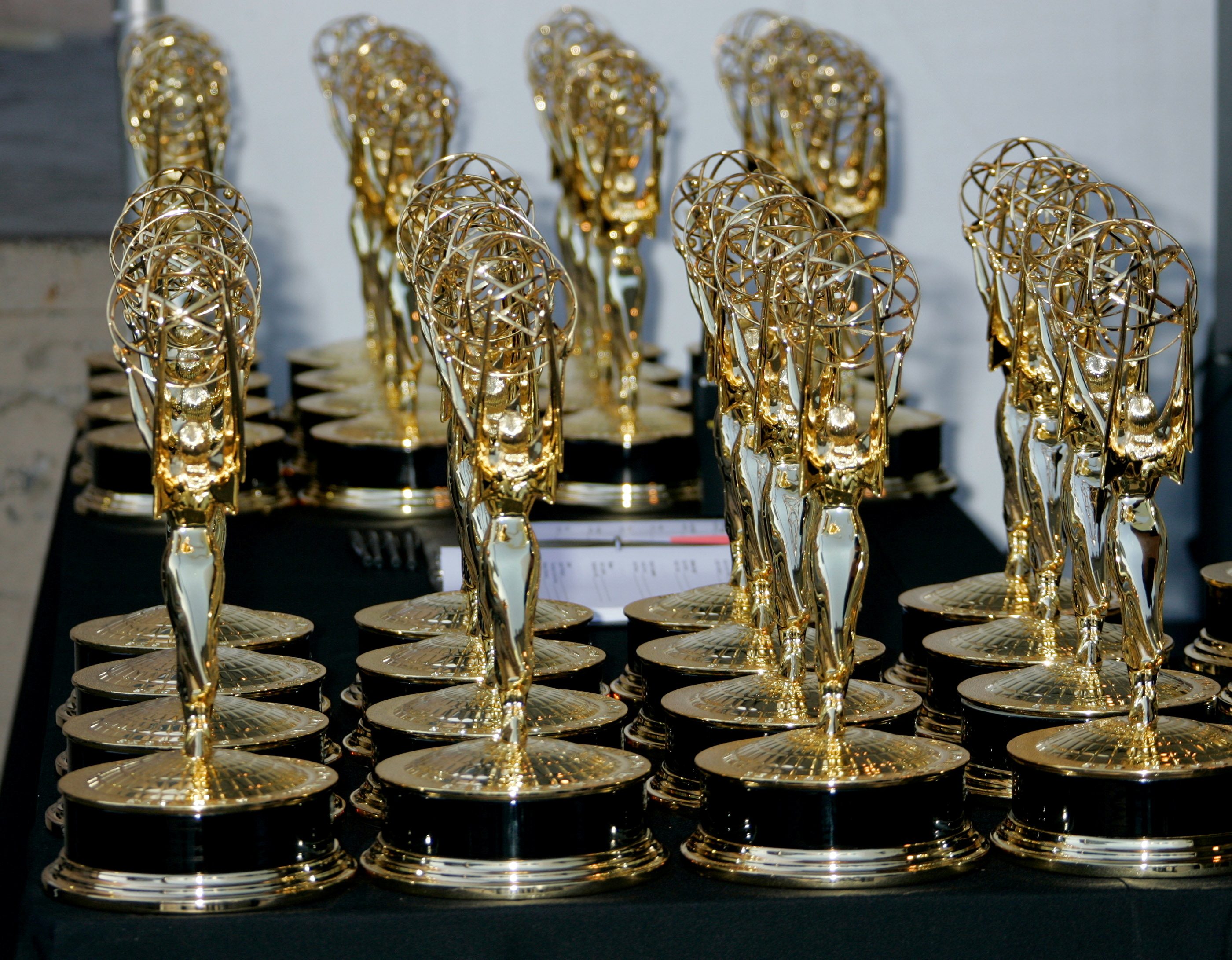 The 2021 awards is the second in the pandemic era and will see a return to an in-person, albeit scaled-back show. It will be held at an outdoor tent and will have vaccination, testing, and masking requirements for attendees, made up mostly of nominees and select guests.

Some of this year’s nominees – including most of the cast of The Crown – are expected to dial in from London.

Refresh this page for updates from the awards show, which starts airing around 8 am in Manila on Monday.

Writers Lucia Aniello, Paul W. Downs, and Jen Statsky get the award for “There Is No Line,” the pilot episode of the series.

Even more wins for ‘The Crown’

Speaking of Margaret Thatcher – Gillian Anderson wins Outstanding Supporting Actress In A Drama Series for her portrayal of the “Iron Lady” in The Crown.

“War” covers quite a lot – Margaret Thatcher’s decline from power, the continuing strain of Charles and Diana’s relationship, Diana’s start as a humanitarian icon, and that iconic final scene focused on Diana (played Emma Corrin).

Mare of Easttown stars Evan Peters and Julianne Nicholson both won for their supporting roles (Outsanding Supporting Actor/Actress in a Limited or Anthology Series or Movie) in the acclaimed crime drama.

Dave Chappelle and Maya Rudolph both got wins for their guest stints on Saturday Night Light under the outstanding guest actor/actress – comedy category.

In the drama category, Courtney B. Vance won an Emmy for his guest role in Lovecraft Country while Claire Foy won for her guest role in The Crown. Foy had also won Outstanding Lead Actress in a Drama Series in 2018 for the same role – as a younger Queen Elizabeth II in The Crown.