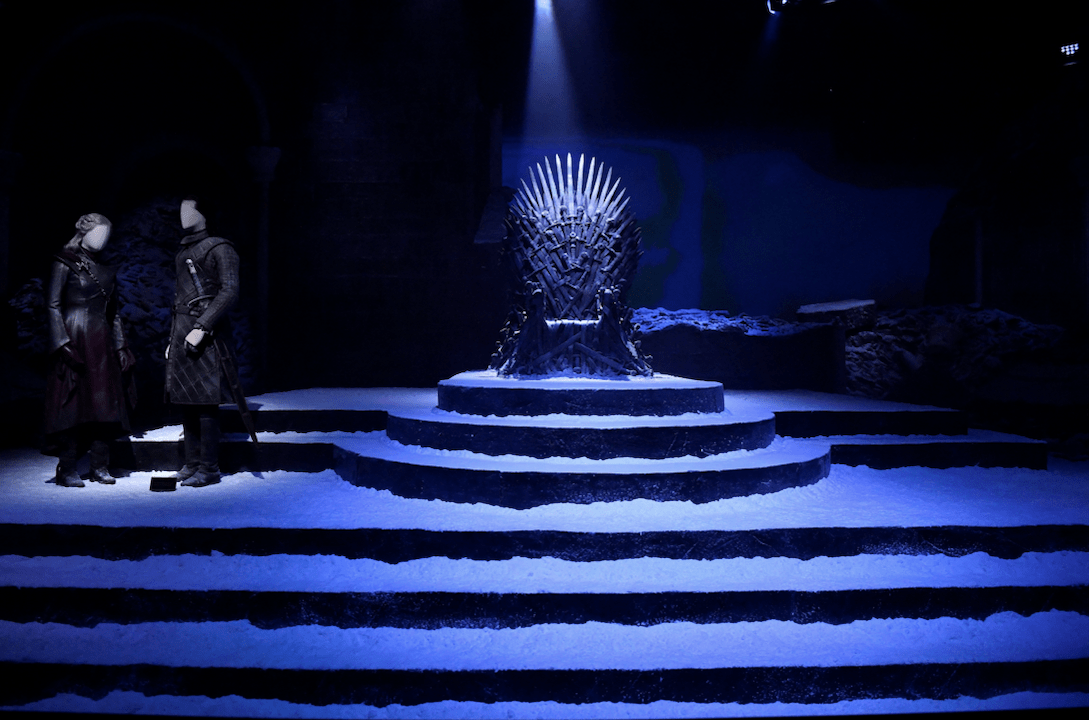 The throne is pictured in the 'The Destroyed Throne Room' set from the TV show Game of Thrones during the media preview day for the opening of the new Game of Thrones studio tour at Linen Mill Studios in Banbridge, Northern Ireland, February 2, 2022. 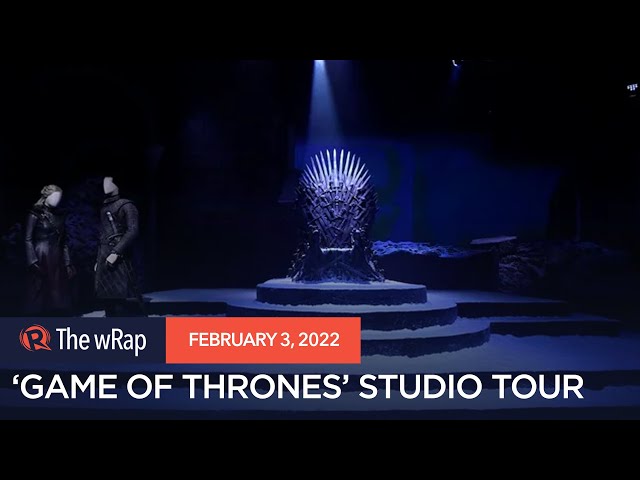 BANBRIDGE, Northern Ireland – From the frozen lands “Beyond the Wall” to the destroyed “Throne Room”, a new Game of Thrones studio tour takes fans behind the scenes of the hit television series.

Located at Linen Mill Studios in Banbridge, Northern Ireland, one of several locations where the fantasy show was filmed, the attraction opens up the world of Westeros to the public with an array of costumes, props, and sets on display.

Items include character Jon Snow’s sword “Longclaw” and the dress his sister Sansa wore for her wedding to Joffrey.

“Fans are just going to be delighted with a studio tour because everything they see here was used in the show,” actor Ian Beattie, who played Meryn Trant, told Reuters at a preview on Wednesday, February 2.

“These are the actual sets that we walked on. These are the actual costumes we wore, the swords we swung – you name it, it’s all here. And unlike the show where you don’t always see it, you will actually get to see the incredible detail that went into every aspect of the making of this show.”

The 110,000-square foot (10,000-square metre) attraction features sets including the Great Hall at Winterfell, King’s Landing, and Dragonstone, as well as interactive experiences.

Based on the A Song of Ice and Fire novels by American author George R.R. Martin, Game of Thrones, first aired in 2011, becoming a global phenomenon over its eight seasons. The award-winning HBO series wrapped up in 2019 with a finale that divided fans.

Prequel House of the Dragon, which is set 200 years before the original series, is scheduled to premiere this year.

The Game of Thrones Studio Tour opens to the public on Friday, February 4.

“It was such an iconic thing, it kind of changed the landscape of television, so I hope that people still enjoy the show for years to come,” said actor Daniel Portman, who played Podrick Payne. – Rappler.com

Don’t be stuck in a game of travel gastusin! Go to Klook now for great deals and discounts.