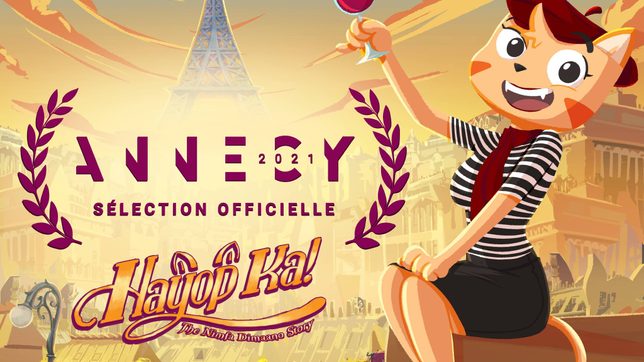 BIG SCREEN DEBUT. 'Hayop Ka! The Nimfa Dimaano Story' is one of the entries in Annecy Film Festival

Facebook Twitter Copy URL
Copied
'Hayop Ka! The Nimfa Dimaano Story' is one of the ten entries in the main feature category in 2021 Annecy Film Festival

On Facebook, Rocketsheet Studio said, “Annecy is the most prestigious animation festival in the world & for them to select our silly film is a massive honor. It makes us feel like we are doing something right.”

According to its website, Annecy “inspires and thrills the whole world to the rhythm of animation by highlighting the dynamism and creative richness of this sector.” The film festival will run from June 14 to June 19.

Hayop Ka! The Nimfa Dimaano Story is one of the ten titles competing in the main feature category. Other entries come from Japan, China, France, Germany, and the United States.

Following the announcement, Rocketsheep Studios also released a video showcasing the progress of the animated film throughout the years. “We would like to share a quick look at the work that went into making it,” they said.

The adult animated film features the life of pretty pussycat Nimfa Dimaano (Angelica Panganiban), as she stands in the middle of a love triangle between her mongrel boyfriend Roger (Robin Padilla), and bourgeoisie business dog Iñigo Villanueva (Sam Milby).

Hayop Ka! The Nimfa Dimaano Story is available for streaming on Netflix. – Rappler.com