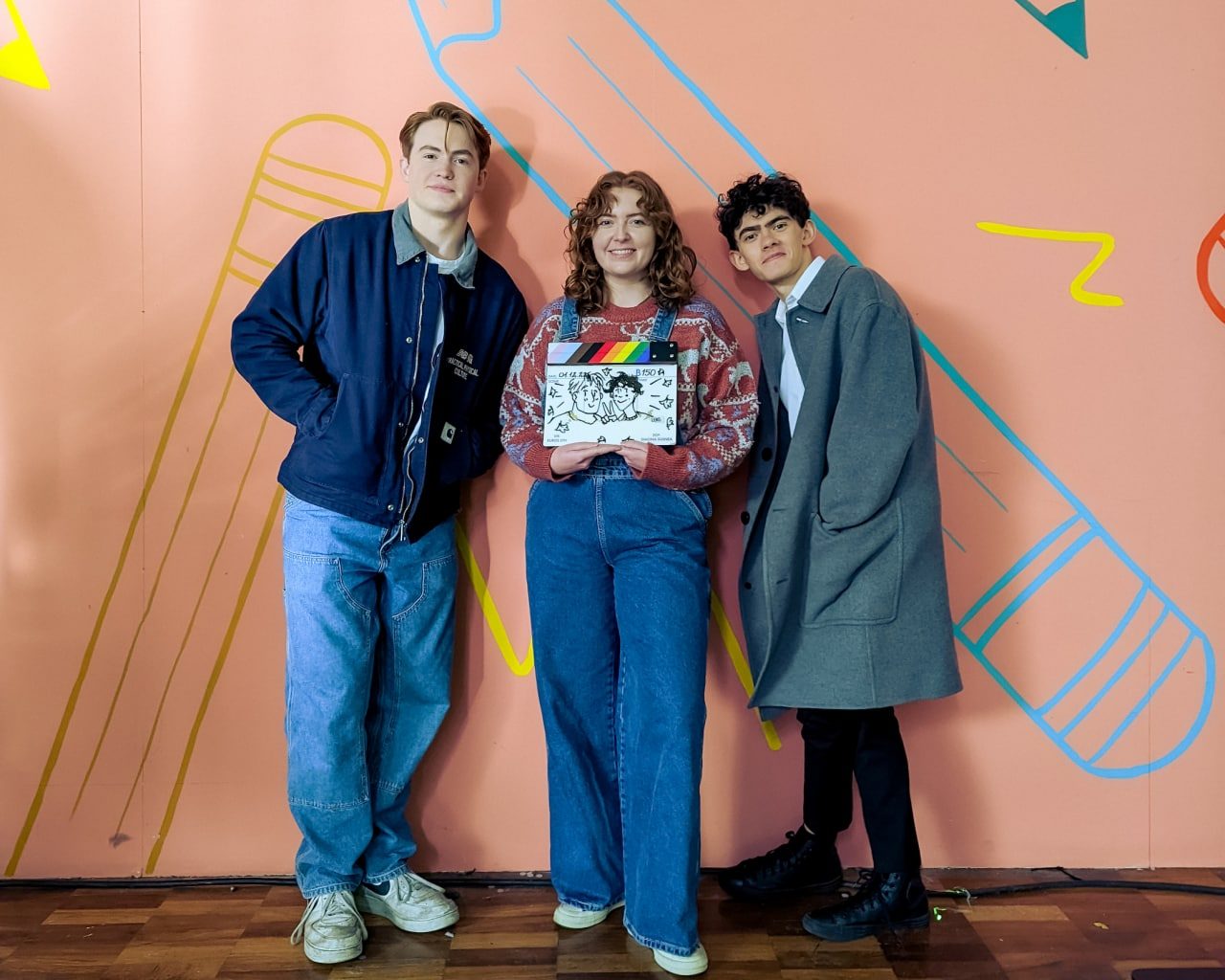 The streaming platform made the announcement via Twitter, alongside a picture of leading actors Joe Locke and Kit Connor standing beside Alice Oseman, the show’s writer and executive producer. Oseman is seen holding a clapper in the colors of the progress pride flag, with cartoon versions of Nick and Charlie drawn in the center.

Adapted from the globally beloved webtoon and graphic novel, Heartstopper is a coming-of-age show about the unlikely friendship and eventual romance between popular rugby player Nick Nelson (Connor) and introverted, soft-spoken Charlie Spring (Locke). The show was an instant hit when it premiered on April 22, acclaimed for its mainstream LGBTQ+ representation, wholesome depiction of teenage relationships, gentle handling of sensitive topics, and adherence to the original material. The next season will pick up after Nick and Charlie decide to be in a relationship, with Nick coming out to his mother as bisexual. In an exclusive interview with GQ, the cast teased that for the second season, viewers can expect to see Charlie’s struggles with mental health – bringing to light issues of self-harm and disordered eating – and Nick’s coming out to his schoolmates.

It was also announced that there will be four new additions to the cast: Jack Barton as Nick’s older brother David; Leila Khan as Sahar Zahid, a student from the Higgs Girls school, where Nick and Charlie’s friends attend; Bradley Riches as James McEwan, a student of Truham Grammar School, where Nick and Charlie attend; and Nima Taleghani as Mr. Farouk, one of the teachers at Truham.

While there are no details yet on the release date for Heartstopper season two, a third season was confirmed alongside the show’s renewal in May. – Rappler.com