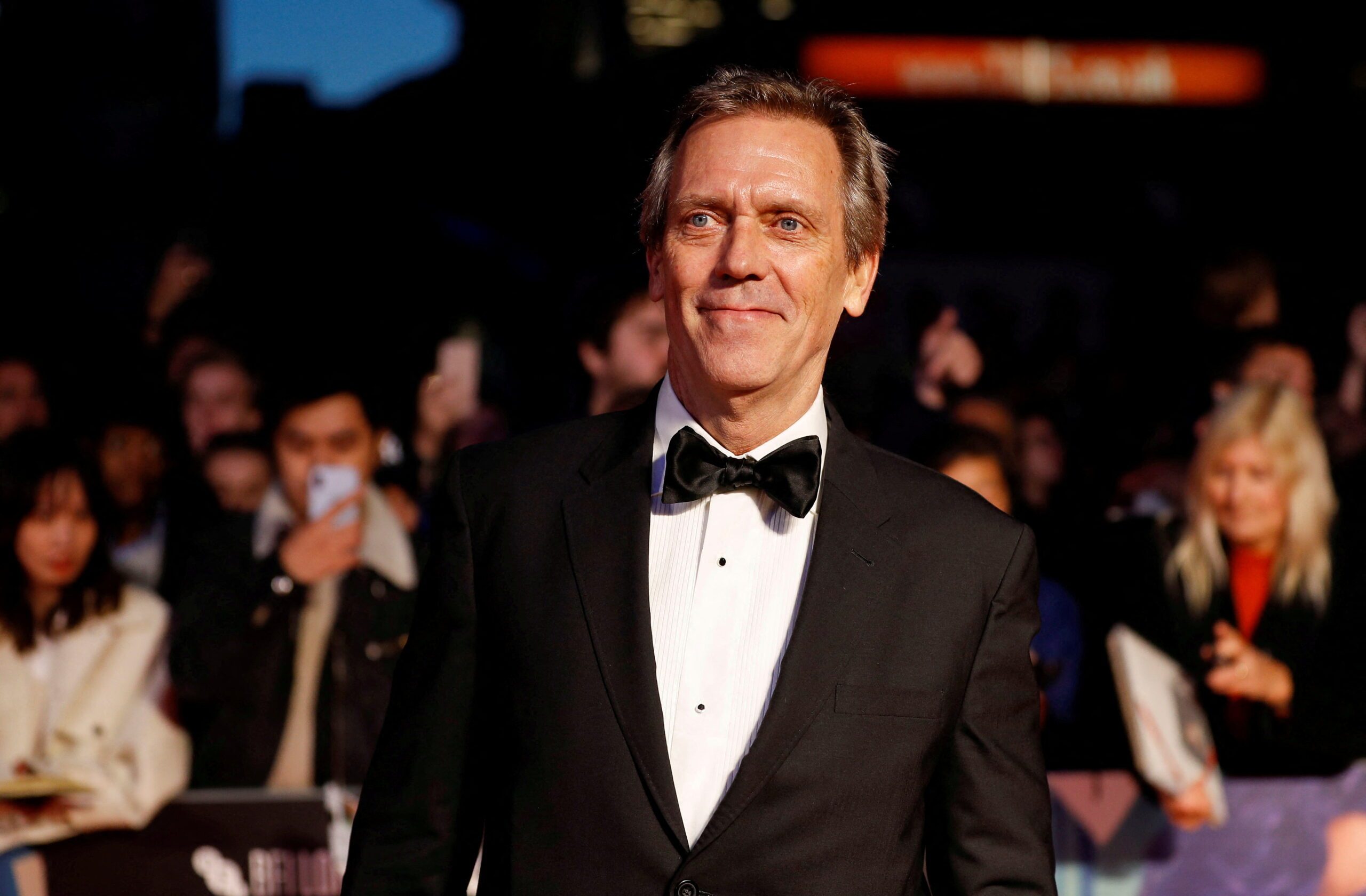 Actor Hugh Laurie poses as he arrives to attend the European premiere of "The Personal History of David Copperfield" in the BFI London Film Festival 2019, in London, Britain October 2, 2019.

Facebook Twitter Copy URL
Copied
Laurie, best known for playing the eccentric Dr. House, is the writer, producer, and director of 'Why Didn't They Ask Evans?', a series based on Agatha Christie's 1934 novel

LONDON, United Kingdom – British actor Hugh Laurie, best known for playing an eccentric doctor in the TV series House, brings what he says is his favorite Agatha Christie novel to the screen with his new TV show Why Didn’t They Ask Evans?.

The three-part mini-series was written, produced, and directed by Laurie, who also stars in a supporting role.

“I would say the novel has been a passion of mine for a long time,” Laurie, 62, told Reuters on the eve of the show’s debut.

“The more I thought about it, the more I enjoyed the idea of trying to get what I thought was a sort of comic adventure spirit onto the screen.”

Christie’s Why Didn’t They Ask Evans? was first published in the United Kingdom in 1934.

The novel, and the TV show, center around the affable Bobby Jones (Will Poulter), who finds a dying man near the cliffs of the Welsh seaside. The stranger is only able to utter the puzzling question of the title before he dies. Together with his childhood friend, Lady Frances “Frankie” Derwent (Lucy Boynton), Bobby sets out to find what happened to the man and provide an answer to his final query.

“There’s a snappy, almost American kind of style to it that I think she (Christie) was going for,” Laurie said of his source material.

“I felt it was a very precious thing to try and preserve and maybe in some places, go and explore a little further. But I’m trying to be as faithful to the spirit of the thing as I could.”