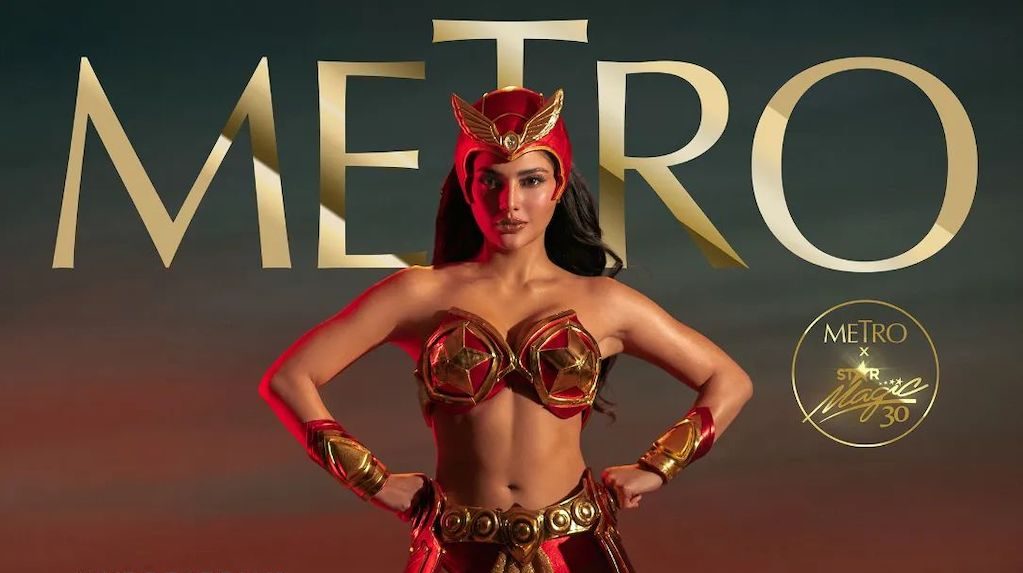 DARNA. Jane de Leon poses as the iconic superhero on the cover of Metro Magazine.

MANILA, Philippines – Jane de Leon gave a full view of the new Darna suit as she posed on the cover of Metro Magazine.

The fashion publication shared the cover on social media on Friday, August 19. In it, Jane does a power pose as she wears the latest version of Darna’s signature red-and-gold star-spangled bikini, boots, wrist cuffs, and helmet.

Jane finally transformed into the iconic superhero in the show’s August 19 episode, when her character Narda decided to swallow the magical stone to turn into Darna to help rescue people in the wake of an earthquake.

Darna, a project long in the making, first premiered on Monday, August 15.