EVICTED. John Adajar has been evicted from the 'PBB' house.

The athlete-model received the lowest combined save and evict votes, garnering only a total of 00.30% in the final tally. He was nominated alongside KD Estrada, who received 45.44% votes, and Karen Bordador with 18.44% votes.

Following his eviction, John said that he’ll miss the bonding moments with his housemates the most. “For the first, second week, we’re just sizing each other up. Ngayong (Now we’re in) third week, we are very close,” he said.

On Sunday, November 7, PBB also named the second batch of housemates to be up for eviction.

Albie Casiño, KD Estrada, Alexa Ilacad, and Anji Salvacion were the four housemates that garnered the most votes from their co-housemates during the individual nominations.

Albie got 19 points, KD had 11 points, and both Alexa and Anji received four points each. It’s the second consecutive week for KD to be included in the nominees for eviction.

Supporters could choose whether to vote to save or vote to evict a certain housemate through text messaging or kumu voting.

The current season is the 16th edition of the show. It sees celebrities, ranging from established actors, social media influencers, athletes, and rising personalities, living together in one house. 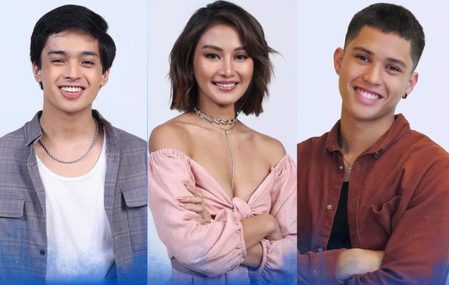 It’s a franchise of the Dutch reality show, and first premiered in the Philippines in 2005. The show has helped launch the careers of celebrities like Kim Chiu, Gerald Anderson,  James Reid, Maris Racal, and Maymay Entrata.

The current season airs every night and can be viewed on A2Z Channel 11, the Kapamilya Channel, Kapamilya Online Live, Kumu, and iWant TFC. – Rappler.com