Nearly three years after the 2018 ABS-CBN teleserye Ngayon At Kailanman, Julia Barretto is set to return to primetime with the TV5 series ‘Di Na Muli.

Produced by Cignal and Sari-Sari Channel together with Viva Entertainment for TV5, ‘Di Na Muli follows Yana (played by Julia), who has the ability to know the lifespan of another person once she gets to touch their hands.

“The story is very different. There are a lot of elements in the show that are different from what I’ve previously done. It’s exciting and challenging,” Julia said during a press conference on Monday, September 6.

(My character here turns fearful. She’s grown scared of getting close to other people and she’s scared of touching her loved ones because she doesn’t know when they life ends.)

‘Di Na Muli is Julia’s first major project after leaving Star Magic and signing with Viva Artists Agency in September 2020, “Lahat ng katrabaho ko dito (All of my co-stars here), it’s my first time to work with them.”

Writer Noreen Capili said that after the trailer was released, several netizens have asked if the project was inspired by the Korean drama About Time. The 2018 fantasy series, starring Lee Sung-kyung and Lee Sang-yon, follows an aspiring musical actress who also has the ability to see other people’s lifespan.

(It’s a coincidence that they havee the same element of having a character with the ability to see other people’s lifespan, but the plot and the way we tell our story in this series is very different from About Time.) 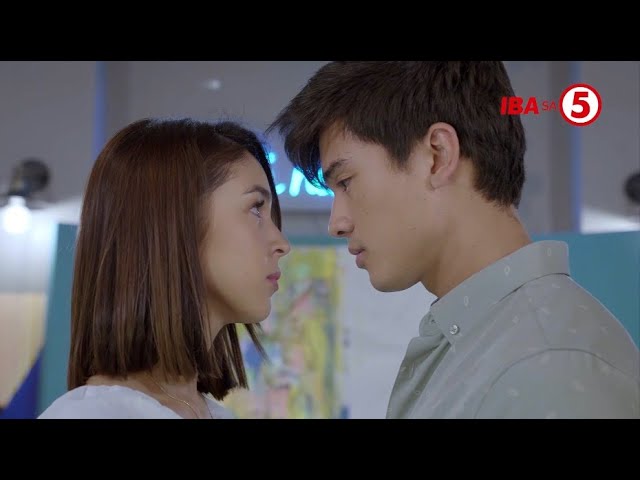 Noreen also acknowledged that some people have also compared their series to the anime Death Note and the movie In Time, but she stressed that the ‘Di Na Muli is about dealing with regrets and relationships.

“Simple lang naman ng premise. Yanna will use that gift para matulungan niya ‘yung mga tao around her to deal with regret. She will discover to use it as a gift na hindi kailangan i-take for granted. Umiikot sa gift na ‘to ‘yung mga relasyon niya sa ibang tao,” Noreen explained.

(The premise is simple. Yanna will use her ability to help the people around her deal with regret. She will discover to use it as a gift that she can’t take for granted. This ability of hers will shape how she maintains her relationship with other people.)

New episodes will air once a week, on Saturday evenings.

“Excited ako sa ganitong set-up na weekly lang din. Parang K-drama na one episode lang per week,” she said. (I’m excited for this weekly set-up. It’s like a K-drama with only one episode per week.)

Noreen said that given its weekly treatment, they promised viewers that “every episode, may pasabog (there’s a surprise). There’s more to it talaga.”  – Rappler.com

‘Di Na Muli airs every Saturday, 8PM, starting on September 18 on TV5, Sari Sari on Cignal TV Ch. 3 and SatLite Ch. 30, and on Live and On-Demand via Cignal Play app.