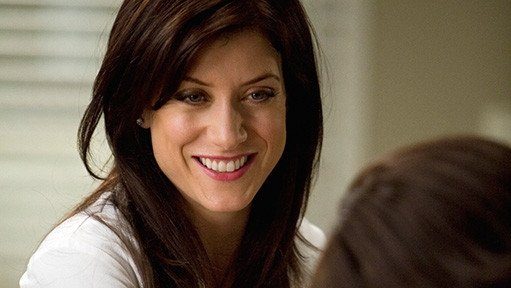 Grey’s Anatomy has seen its fair share of exits throughout its 17-season run – but recent seasons have also seen the return of many beloved characters.

The latest of them to return to the fictional hospital’s halls is fan favorite Dr. Addison Montgomery, played by Kate Walsh.

Kate shared the news in a video posted on Grey’s Anatomy’s Instagram on September 3.

“That’s right my loves, Dr. Addison Montgomery is coming back to Grey Sloan Memorial Hospital and I’m so excited to be home again, joining Shonda [Rhimes], Ellen [Pompeo], and the rest of the incredible cast,” she said.

Addison first appeared on Grey’s Anatomy in the final minutes of the memorable season 1 finale, introducing herself to main character Meredith Grey as the wife of Meredith’s boyfriend, Derek Shepherd.

As the hospital’s bad-ass OB-GYNE attending surgeon, Addison would go on to become one of the show’s most beloved characters.

Kate’s departure from the show in 2007 led to a spinoff, Private Practice, which saw Addison joining a private clinic in Los Angeles. The show ran until 2013.

Season 18 of Grey’s Anatomy is set to premiere in the United States on September 30. Previous seasons are available in the Philippines via Netflix. – Rappler.com