Pacquiao was accompanied by K-pop star Sandara Park, who is also known as the “Pambansang Krung Krung” when she was still based in the Philippines. 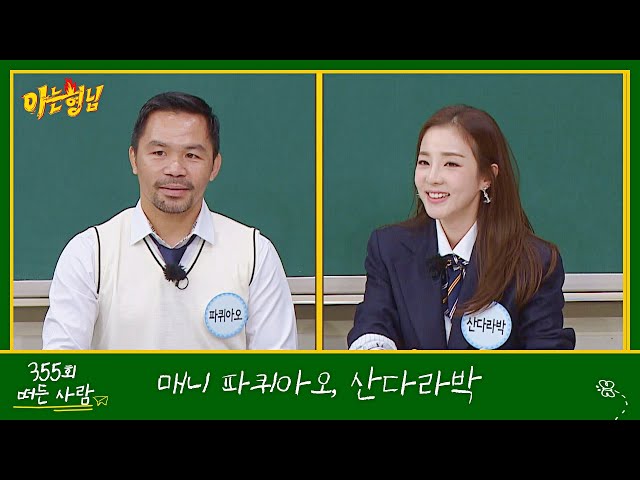 Knowing Bros is set in a classroom where the hosts interview the guests, who pretend to be transfer students. Aside from its “Guess About Me” segment wherein the hosts have to answer several questions about their guests, its second half is mostly spent playing games or doing skits.

In the teaser, Pacquiao is seen doing several games with the hosts while inside a boxing ring. Aside from Pacquiao and Park, the show’s 355th episode also features Kim Yo-han of K-pop group WEi.

Pacquiao is also confirmed to appear in another Korean variety show, Running Man.

In 2017, Pacquiao also made an appearance on Korean variety show Infinite Challenge.

The athlete-turned-politician is currently in South Korea promoting his exhibition charity match with Korean martial artist and YouTuber DK Yoo, slated for December 11.

Pacquiao officially retired from boxing in September 2021 to focus on his career in politics. His final match before retiring was against Yordenis Ugás, wherein he lost. Pacquiao ran for the presidency in the May 2022 national elections but lost. – Rappler.com