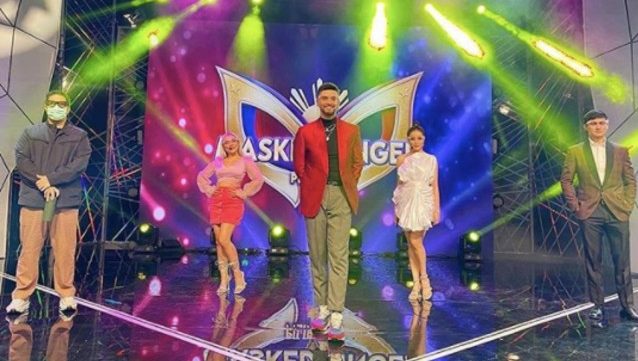 Viva Entertainment announced the lineup of Viva-produced shows that will premiere on TV 5 in October and November.

The shows are produced by Viva for TV5 in partnership with Cignal TV and Sari Sari Channel, a 24-hour general entertainment channel.

Hosted by Billy Crawford, Masked Singer Pilipinas is based on the hit Korean show King of Masked Singer. The show puts celebrity contestants in costumes to conceal their identity from the judges.

Billy will be joined by Aga Muhlach, Matteo Guidicelli, Cristine Reyes, and Kim Molina as judges.

The show returns for a second season with Benjie Paras, Empoy Marquez, and Kylie Verzosa leading the cast. The show tells the story of Par Jack (Benjie) a ghost whisperer who help ghosts. But someone is threatened in purgatory and vows to keep him from succeeding in his mission.

The second season of Ghost Adventures premieres on October 31.

The show stars Ryza Cenon. Based on Francisco V Coching’s comic book, Bella Bandida follows Bella, who was given superpowers which she uses to fight against all types of injustices.

The show is scheduled to air in November.

Rounding up its offering for 2020 is Onstage, which will feature concerts of artists like Anne Curtis, Sarah Geronimo, Martin Nievera, and JaDine.

Aside from the 5 shows that are premiering in 2020, Viva and TV 5 also announced its upcoming shows for 2021: