MONEY HEIST KOREA. The Netflix show is set to premiere in June. 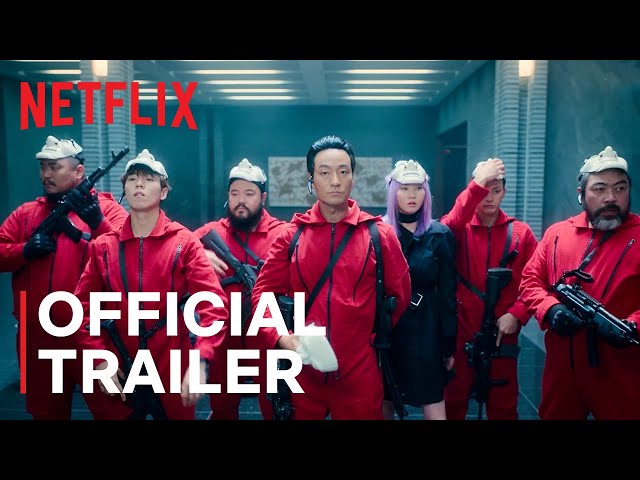 The two-minute trailer reveals a more extensive preview of what fans can expect with the much-awaited Korean adaptation of the original Money Heist, also known as La Casa de Papel.

Like the original, the Professor sets on forming a masked crew who will unite towards pulling off the greatest heist – robbing the national mint. But this time, a Korean plot twist is added.

Tokyo (Jeon Jong-seo) is now an ex-soldier instead of an ex-thief, the series is set in the Korean Peninsula, and most of all, a Joint Economic Area is formed between North and South Korea.

“I thought it would make a compelling story if an added layer of North and South Korea can influence people’s trust and the need to cooperate with each other,” said writer Ryu Yong-jae explaining how the Korean flavor was added.

Money Heist: Korea’s trailer reveals that the top-class crew of thieves, along with the mastermind Professor (Yoo Ji-tae), will attempt to steal four trillion won from the Korea Unified Mint. Throughout the robbery, chaos arises as hostages are taken and a joint task force led by South Korean negotiation specialist Seon Woojin (Kim Yunjin) and former North Korean special agent Cha Moohyuk (Kim Sung-o) is formed to stop them.

Actor Yoo Ji-tae also expressed confidence in the series, saying that “The idea of a Joint Economic Area itself is unique and special along with the actors’ great acting, which will truly win over the audience’s hearts.”

Directed by The Guest director Kim Hong-sun, the six episodes of the first part of Money Heist: Korea – Joint Economic Area will premiere on June 24 on Netflix. – with reports from Elle Guison/Rappler.com