The two-minute clip sees The Professor (Álvaro Morte) captured by inspector Sierra (Najwa Nimri) thentelling the gang that the stormwater tank has been discovered. More stress and turmoil await the gang because after spending 100 hours shut inside the Bank of Spain, they find out that Colonel Tamayo (Fernando Cayo) has assembled an army to capture them.

In August 2020, show creator Alex Pina revealed that the upcoming fifth season will be the Spanish series’ last. “The war reaches its most extreme and savage levels, but it is also the most epic and exciting season,” he said. 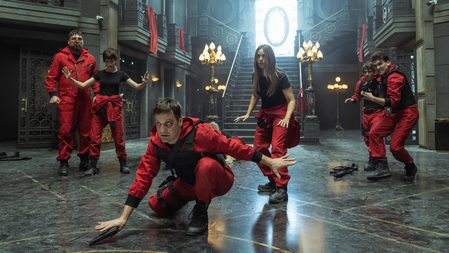 Money Heist is Netflix’s most-watched non-English series. It tells the story of a group of robbers who pull off elaborate bank heists masterminded by the mysterious Professor.

Money Heist season five will be released in two parts – Vol. 1 on September 3, and Vol. 2 on December 3. – Rappler.com