MANILA, Philippines – Season three of Never Have I Ever gets more exciting as Netflix drops an “Everything We Can Tell You” teaser on Saturday, August 6, ahead of its August 12 premiere.

“Devi (Maitreyi Ramakrishnan) and all your favs from Sherman Oaks High are back! Here’s everything we can tell you about Never Have I Ever season three,” the video description reads. 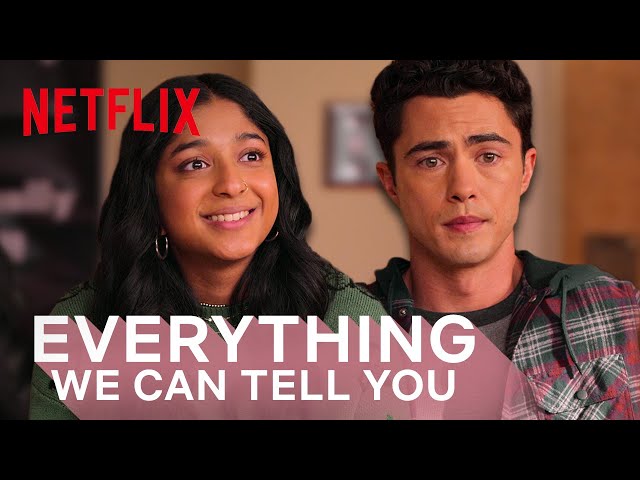 In the upcoming season, protagonist Devi will seemingly be on top of the world when she finally dates the guy of her dreams, Paxton (Darren Barnet). However, the teaser shows that season three will be quite a ride for Devi with all the drama that she’s about to face.

The two-minute video teases that season three will explore love and lust, friendships and competitions, and of course, juicy gossip. Netflix also introduced the characters to watch out for in the third season such as Des (Anirudh Pisharody), Parker (Deacon Phillippe), Addison (Terry Hu), Marco (Victoria Moroles), and Rhea (Sarayu Blue).

Aside from the plot teaser, Never Have I Ever also announced the episode titles of the upcoming season on Monday, August 8.

Season three continues the series’ previous episode title format which follows the “never have i ever…” prompt. The show will have the following 10 episodes; “…Been Slut-Shamed,” “…Had My Own Troll,” “…Had a Valentine,” “…Made Someone Jealous,” “…Been Ghosted,” “…Had a Breakdown,” “…Cheated,” “…Hooked Up with My Boyfriend,” “…Had an [SPOILER],” and “…Lived the Dream.”

Never Have I Ever is a coming-of-age comedy series created by Mindy Kaling and Lang Fisher. It follows Indian-American teenager Devi as she deals with high school, love triangles, her complicated relationship with her mom, and her grief from suddenly losing her dad.

The series was first released in April 2020 while the second season premiered in July 2021. A fourth and final season is confirmed to premiere in 2023. – with reports from Elle Guison/Rappler.com