COMING SOON. 'All of Us Are Dead' is premiering on Netflix in January.

MANILA, Philippines – Netflix released on Friday, January 7, the first trailer for its South Korean thriller series All of Us Are Dead, giving fans a closer look at its newest zombie apocalypse-themed project.

The one-and-a-half minute teaser shows the surviving students of Hyosan High School desperately asking to be rescued from their zombie-infected school. However, authorities do not believe that the zombie outbreak is real.

Chaos ensues as the students fight for their lives trying to escape Hyosan High School with no help from others. 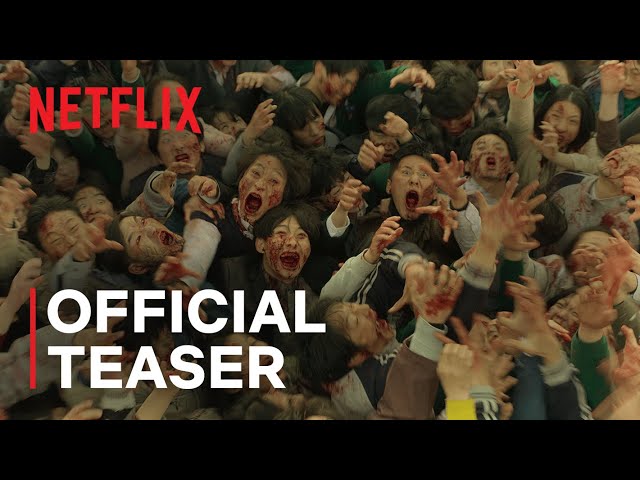 “No one can save us but ourselves. Will you kill or let yourself be killed?” the trailer’s description read.

Based on the popular webtoon by Joo Dong-geun, All of Us Are Dead stars Park Ji-hu, Yoon Chan-young, Cho Yi-hyun, Lomon, Yoo In-soo, Lee You-Mi, and Lim Jae-hyeok. It is directed by Lee JQ and Kim Nam-su, and written by Chun Sung-il.

All of Us Are Dead is set to premiere on Netflix on January 28. – Rappler.com