Netflix renews ‘The Umbrella Academy’ for 4th and final season 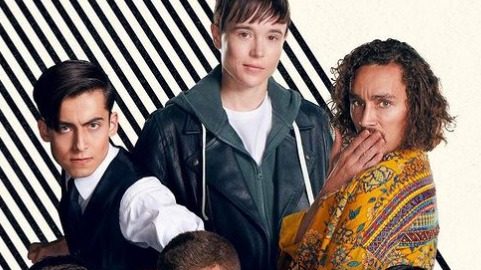 RENEWED. The Umbrella Academy will be back for a fifth and last season.

MANILA, Philippines – Netflix’s The Umbrella Academy is set to return for its fourth and final season, the streaming platform announced on Thursday, August 25.

“Family meeting, Brellies: We’re going on a fourth and final adventure,” the show’s Facebook page read. Other details such as the release date and episode count have yet to be released.

Season three of The Umbrella Academy featured an incredible turn of events in the lives of the Hargreeves. The fans saw the introduction of the smart and stylish members of the Sparrow Academy. We also witnessed the transition of Vanya to Viktor, reminiscent of actor Elliot Page’s transition in real life. Series creator and executive producer Steve Blackman promised an epic ending for the beloved siblings.

“I’m so excited that the incredibly loyal fans of The Umbrella Academy will be able to experience the fitting end to the Hargreeves siblings’ journey we began five years ago. But before we get to that conclusion, we’ve got an amazing story ahead for season four, one that will have fans on the edge of their seats until the final minutes,” teased Blackman.

The Umbrella Academy is based on the comic book series written by My Chemical Romance vocalist Gerard Way and illustrated by Gabriel Bá. It follows the story of seven different children adopted by billionaire industrialist Reginald Hargreeves. The billionaire then founded The Umbrella Academy, preparing these seven children for the task of saving the world. Years later, when their adoptive father died under mysterious circumstances, the seven were forced to reunite in order to solve the mystery and prevent the threat of a global apocalypse.

The live-action adaptation of the comic debuted on Netflix in 2019. Its second season premiered in July 2020, followed by a third season in June 2022. – with reports from Bea Bertuldo/Rappler.com