New version of ‘On The Wings of Love’ premieres on MYX global, Amazon Prime Video launch to follow

OTWOL. James Reid and Nadine Lustre are returning to the screen (sort of) as 'On The Wings of Love' premieres to a global audience.

Heads up, JaDine stans – a “reimagined” version of On The Wings of Love is premiering to a global audience.

The show made its premiere on January 27 via cable and satellite in the United States and Middle East via MYX, and is also available on MYX’s global Twitch channel. It will also soon be available on Amazon Prime Video and iTunes in the following weeks. 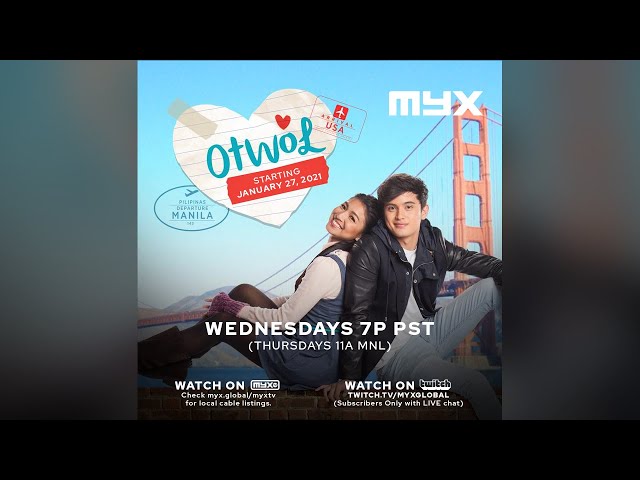 The “reimagined” version of the show has been re-edited, distilling the original 145 episodes into a snappy 24 episodes. It also features new music by Jayda, Morisette, Alex Gonzaga, and KidWolf.

The show tells the story of Leah Olivar (Nadine), who is racing to chase her American dream in the United States before her tourist via expires.

With job prospects running low and a work visa out of reach, Leah decides to take the marriage route to a citizenship – though her salvation lies with a person she can’t stand: Clark (James), a Fil-Am who has lived in the US for 11 years.

The show, which ran until February 2016, saw ratings climb. Its finale was celebrated with a live viewing party at the Ynares Center in Antipolo.

Full episodes of On The Wings of Love are also currently available on the ABS-CBN Entertainment YouTube channel. – Rappler.com