Nightbirde withdraws from ‘America’s Got Talent’ due to cancer battle Singer-songwriter Jane Marczewski, also known as Nightbirde, announced on Monday, August 2, that she will no longer be continuing her journey on reality talent competition America’s Got Talent due to her health.

The 30-year-old musician shared on social media that she will now focus on her battle with cancer after her health has “taken a turn for the worse.” The singer said her treatment is “demanding all of [her] energy and attention.”

“Sharing my heart with the world on AGT has been an honor and a dream come true. My point of view this summer has been astounding. What a miracle that the pain I’ve walked through can be reworked into beauty that makes people all over the world open their eyes wider,” Marczewski wrote.

“I am so sad to announce that I won’t be able to continue forward on this season of AGT. Life doesn’t always give breaks to those that deserve it – but we knew that already,” she added.

Marczewski also thanked her fans for the support and assured them that she will get better soon. “Stay with me, I’ll be better soon. I’m planning my future, not my legacy. Pretty beat up, but I’ve still got dreams,” she said.

Marczewski rose to fame after her AGT audition went viral on social media. Her moving performance of her original song “It’s Okay” moved both judges and audiences from around the world, as she sang about her personal struggles dealing with an aggressive form of cancer in her lungs, liver, and spine. 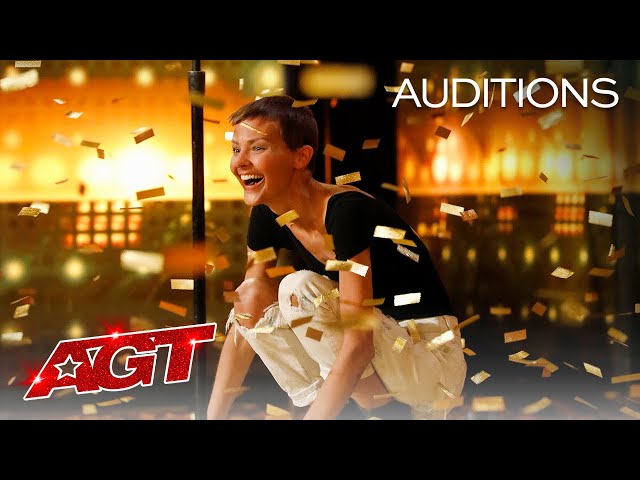 “It’s important to know that everyone knows I’m so much more than the bad things that happen to me. You can’t wait until life isn’t hard anymore before you decide to be happy,” Marczewski said. The YouTube clip of “It’s Okay” has over 30 million views since its premiere on June 9, 2021.

AGT is a US-based talent show competition created by Cowell in 2005. It is currently airing its 16th season and is hosted by Terry Crews. – with reports from Paolo Alejandrino/Rappler.com