‘We don’t want to be a copy of something’: How ‘Drag Den Philippines’ reintroduces queer culture MANILA, Philippines – When Drag Den Philippines premiered on December 8, Filipino drag fans were still coming down from a Drag Race Philippines high, caught between wanting to see more local drag queens shine onscreen and wondering how a second, completely different drag reality show could measure up to what came before.

With titles differentiated by only one word, it’s inevitable that the two shows would be compared. In a world where most drag fans are introduced to the culture via a steady diet of RuPaul’s Drag Race, Drag Race Philippines clearly holds the advantage. The show was glossy and brightly-colored, with a well-loved format, a vast library of references to draw from, and a stamp of approval from the ultimate drag mother, RuPaul. In sharp contrast, Drag Den is dimly-lit and set in a literal underground lair, with a totally new format that’s slightly bizarre, slightly chaotic, and at times even downright confusing. Its only connection to mainstream drag is its host Manila Luzon, a fan favorite and runner-up on RuPaul’s Drag Race’s third season.

As Drag Den creator and director Rod Singh said, the show never tried to be Drag Race. From its conception, the show has always had its own identity, based on the Philippines’ unique drag culture.

She added that the show’s format is not totally new, and is in fact inspired by pageants and barangay beauty contests. 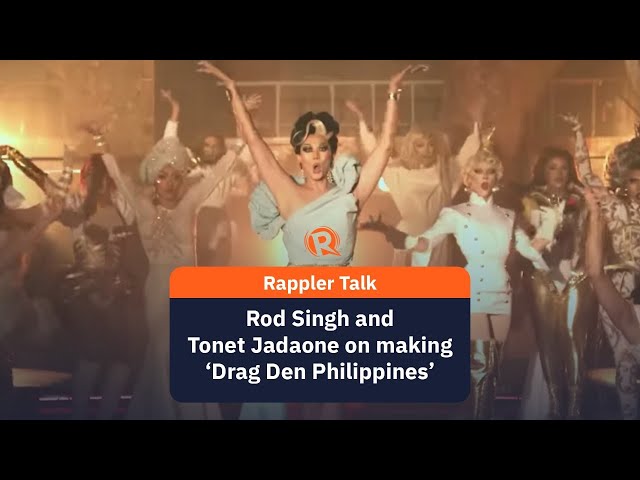 (Of course there are members of the community that aren’t yet exposed to this culture, especially the local pageants, the Miss Gay pageants, but it’s a big deal that there are so many people who are familiar with the concept, the format…they get it right away, from the first episode).

(Our challenge is, in a way, reintroducing queer culture to members of the community who haven’t been exposed to where Drag Den came from.)

Rod is a drag queen herself, and it was during her time competing in queer club Nectar’s monthly competition Drag Cartel that the seeds for Drag Den were planted.

Back then, Rod envisioned Drag Den as a monthly event that would bring the Drag Cartel to different locations – not just to clubs or bars but to abandoned buildings and warehouses. When Rod got into filmmaking and directing, the Drag Den idea resurfaced, this time as a concept for a streaming show.

Rod then brought her idea to filmmaker Tonet Jadaone, now Drag Den’s producer, and the two started pitching the show to sponsors and streamers in June 2020.

As they described it, mounting the show was not an easy ride, and it took them over a year of pitching before the show was finally announced to the public.

Rod said that finding sponsors and a streaming platform to house the show was one of the main challenges, but it was also challenging to lobby for support from the audience, especially since Drag Race Philippines had also been announced, and they had to compete with it in the audiences’ eyes.

(That’s really where we felt the pressure, because we had to make it look good because we were going to showcase this as a Filipino brand, 100% Filipino-produced.)

Despite their struggles, the show ended up being bigger than anything Rod had expected, especially with Manila Luzon coming onboard. She confessed that she felt nervous when Tonet said they should pitch the show to Manila.

(I didn’t dream that big for Drag Den. I didn’t think I’d be working with an icon such as Manila Luzon.)

(Looking back, it was like shit, we almost became a YouTube series, we almost filmed with just this budget. Having Manila with us, the show got bigger and bigger, because I knew that even if we were making it for a Filipino audience, because Manila was there, foreign audiences would be watching.)

Manila coming onboard put the pressure on Rod to deliver a show that even foreign viewers could understand, without compromising its core. But as it turned out, the drag superstar could not have been a better fit for Drag Den.

Tonet shared that from their very first meetings, Manila had insisted that she would only be a part of the show, and not its star.

(She wanted the spotlight to be on the queens. She’s just there as as the host, to be part of the stage, but she isn’t the stage, she will share the stage with the queens…. When Manila came onboard, it was a perfect fit, she matched the vision, she knew what the show was fighting for. When she joined, Rod’s vision didn’t get confused.)

Rod’s goal to expand the meaning of drag trickles down to the show’s cast, which is made up of eight queens, each with their own distinct styles of drag – from the avant-garde gender-bending of bearded queen Pura Luka Vega, to the kawaii sexiness of trans queen BarbieQ, to the political and pop culture references of Lady Gagita, and everything in between. 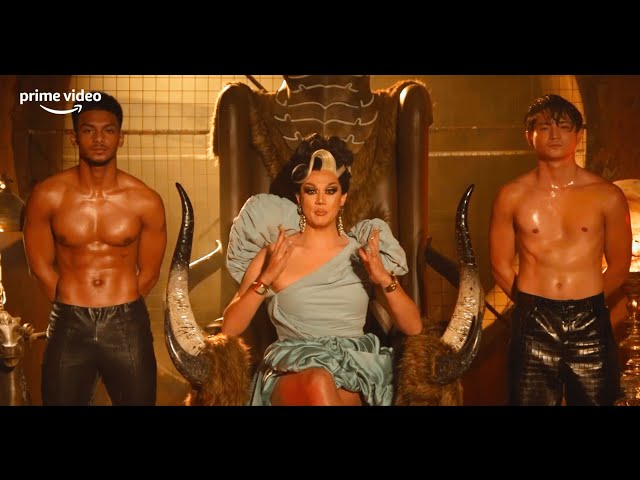 “Sa start palang gusto namin diversity. Dapat diverse yung mga queens (From the start, we wanted diversity. The queens needed to be diverse). You can tell one queen from another,” Tonet said.

Rod shared that aside from having distinct styles of drag, the queens they chose also needed to be well respected by their fellow drag artists, because they would ultimately be representatives of the community, whether they liked it or not.

With a bigger audience than Rod ever imagined, Drag Den has the opportunity to make even more people fall in love with drag, specifically, Filipino drag – which goes beyond the drag we see on Drag Race, or even in drag hotspots like Nectar and O Bar.

(Drag Den’s role is to expand the perspective of people on drag, instead of containing it into, this is a drag queen, this is a drag show, this is a drag competition. Drag Den is very much that show that will show you that drag is vast, that we can’t contain it.)

As of this writing, Drag Den is now two episodes in. New episodes drop every Thursday on Amazon Prime Video. – Rappler.com