MANILA, Philippines – Pilipinas Got Talent season 5 winner Power Duo secured a spot in the grand finals of America’s Got Talent: All Stars after winning the super fans vote.

The dancing tandem, composed of real-life couple Jervin and Anjanette, performed an aerial and floor dancing routine to the tune of Calum Scott’s “You Are The Reason.” 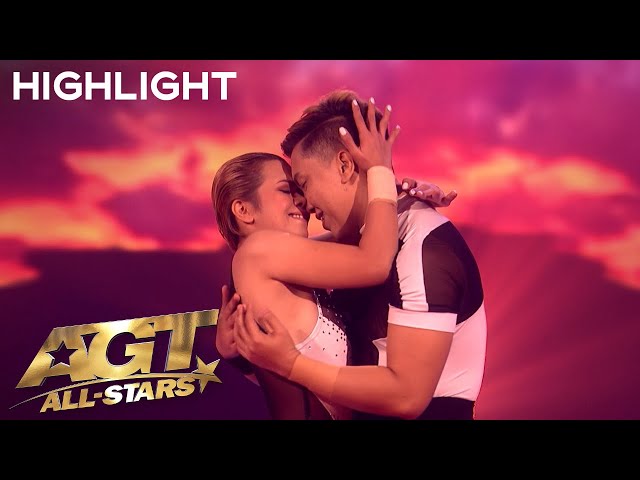 Their performance earned praise from the judges, with Simon Cowell saying that he “loves” them and Heidi Klum agreeing that the two are “great.” “It is so beautiful to watch two people that are in love and do something that is so beautiful together,” she added.

Scott also praised Power Duo in a tweet, thanking them for using his music to express their art.

They also expressed their gratitude to the judges of Pilipinas Got Talent, who they said “[believed] in [their] talent from the start.”

Power Duo won the fifth season of Pilipinas Got Talent in 2016. In 2019, they joined Asia’s Got Talent, and finished in the Top 3. – Rappler.com