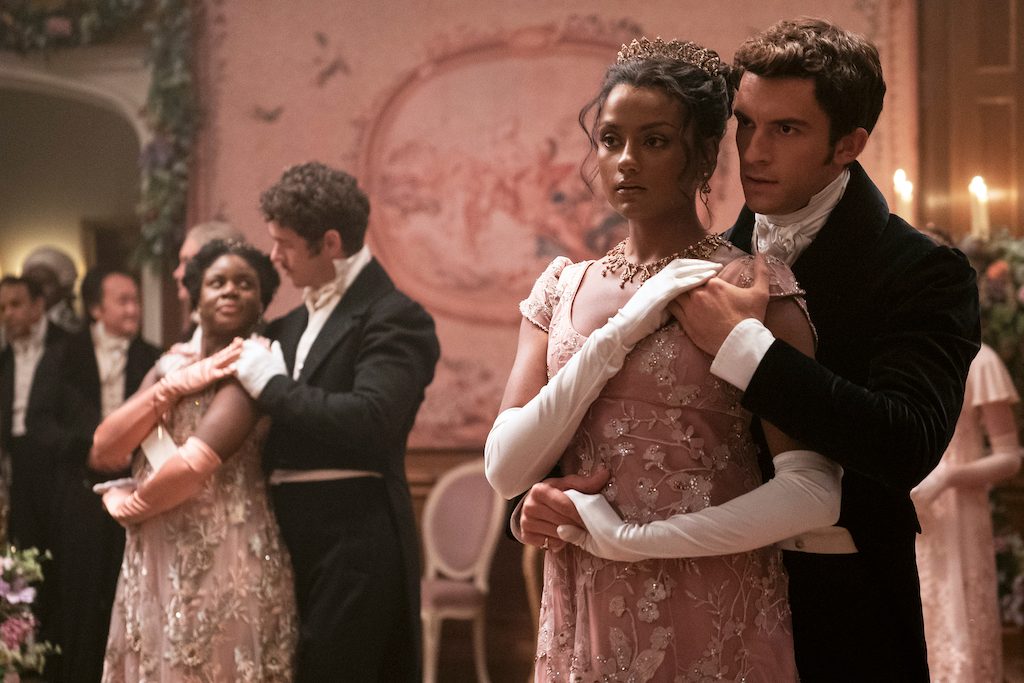 BRIDGERTON. Simone Ashley shares a scene with Jonathan Bailey in the upcoming season of the Regency drama.

MANILA, Philippines – The hot Duke of Hastings may not be returning for the second season of Bridgerton, but it looks like drama as usual for the Ton in the first-look photos released by Netflix.

In the photos, we see the return of beloved characters including the imperious Queen Charlotte, star debutante-turned-Duchess of Hastings Daphne, the Ton’s own gossip girl Penelope aka Lady Whistledown, the rebellious Eloise, and the ever-broody Anthony.

We also get a glimpse of some of the new characters joining the Ton: Kate and Edwina Sharma, two sisters who arrive from India and quickly catch everyone’s attention.

Season two will turn the focus on Anthony, the Viscount and eldest Bridgerton son, as he fulfills his duty and searches for a bride – a quest that only promises more gossip and scandals for the people of the Ton to feast on.

Phoebe Dynevor will take on more of a supporting role this time as Daphne’s story takes a backseat. Also returning to their roles are Jonathan Bailey as Anthony, Nicola Coughlan as Penelope, Adjoa Andoh as Lady Danbury, Claudia Jessie as Eloise, Luke Newton as Colin Bridgerton, and Luke Thompson as Benedict Bridgerton.

Simone Ashley and Charithra Chandran are joining the cast as Kate and Edwina Sharma respectively.