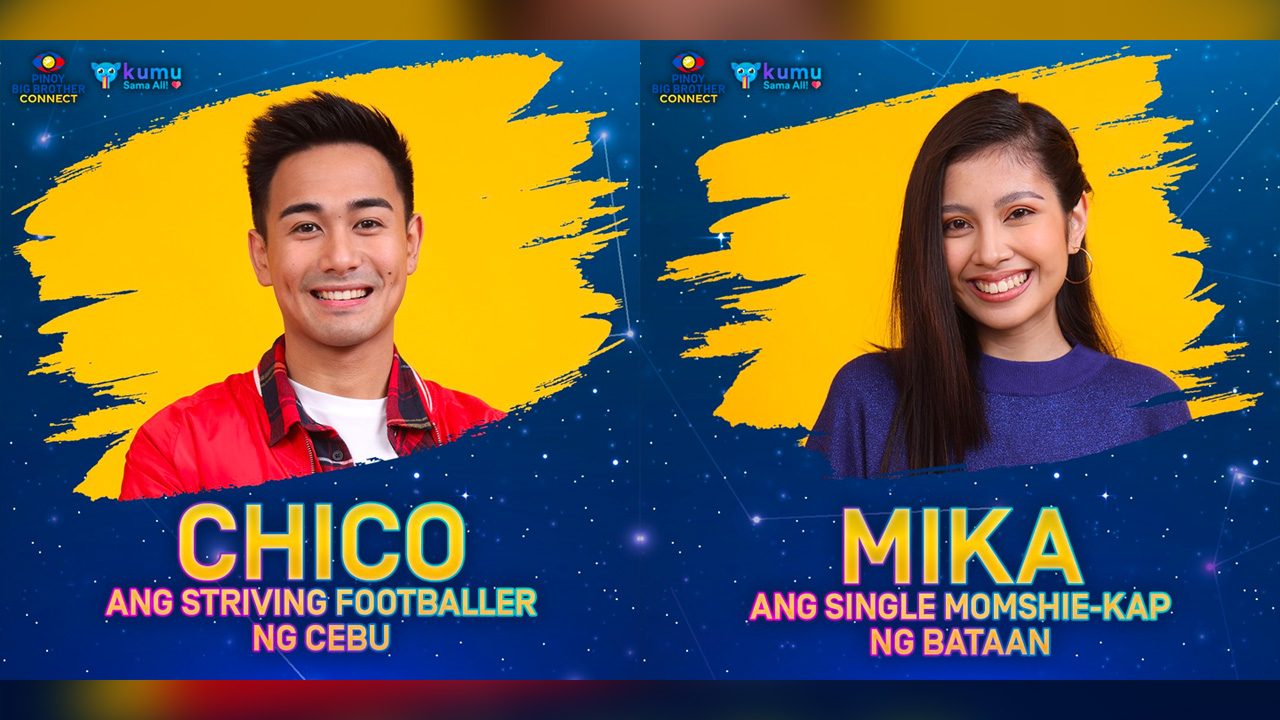 NEXT SET. Mika Pajares and Chico Alicaya are set to join the housemates on December 6.

Mika Pajares, the “Single Momshie-kap ng Bataan” and Chico Alicaya, the “Striving Footballer ng Cebu” were introduced to the public on It’s Showtime and the streaming platform KUMU.

In an interview on TV Patrol, Mika, 21, said that becoming part of PBB was an answered prayer to provide for her 3-year-old daughter.

(I’ve learned not to give everything. Now I know how to put myself first and to listen to my parents.)

She said she feels her story will inspire a lot of people, especially fellow single moms.

Chico, on the other hand did, did not tell any of his friends that he would be part of the show. Chico, 26 was a football player and was recruited to play for a Vietnamese football team.

Although he has accomplished a lot, Chico said he still wants to prove more of himself.

“All my life I have been an athlete. And I just want to see if like I’ll be more than that.”

Chico and Mika will join the rest of the housemates on Sunday, December 6, when the Big Brother House formally opens. – Rappler.com