Britain's Prince Harry and his wife Meghan, Duchess of Sussex, leave after the National Service of Thanksgiving held at St Paul's Cathedral as part of celebrations marking the Platinum Jubilee of Britain's Queen Elizabeth, in London, Britain, June 3, 2022.

Facebook Twitter Copy URL
Copied
In the documentary, the couple recounts in graphic detail how the royal fairytale soon turned sour amid his family's 'cold feelings' and negative press coverage

LONDON, United Kingdom – Beyond the drama of feuding brothers and Machiavellian royal aides working with a hostile press, the key issue which arises from Prince Harry and his wife Meghan’s Netflix documentary is whether it does lasting damage to King Charles and the British monarchy.

Over six hours of television, Harry and Meghan delivered a swathe of accusations against what they portrayed as a tone-deaf institution which was unconcerned about their emotional well-being and prepared for them to suffer if it meant better media coverage for other more senior royals.

“It’s like living through a soap opera where everybody else views you as entertainment,” Harry said in one of the final episodes released on Thursday, December 15. 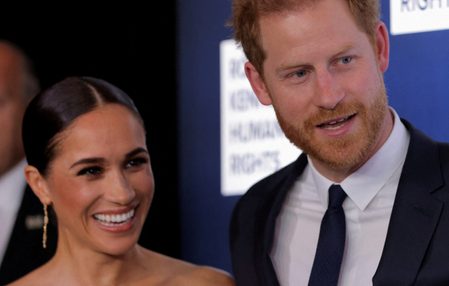 When the couple married in a glittering ceremony in 2018, their union was hailed as a breath of fresh air, the epitome of a modern monarchy: the then-hugely popular prince and the glamorous, biracial, American actress.

But as they recounted in graphic detail in their documentary series, that fairytale soon turned sour amid a slew of negative press coverage, some of which Harry blamed on those working for Prince William, his elder brother and now heir to the throne.

“It looked cold, but it also felt cold,” Harry said of his family’s feelings towards him at their last official engagement. In 2020, the couple decided to step back from their royal roles, moving to California and becoming financially independent.

The exit of the Duke and Duchess of Sussex was bad news for the institution, said Catherine Mayer, author of recent biography Charles: Heart of a King.

“The departure of Meghan and Harry from royal ranks has been far more damaging to the monarchy than the coverage that vilifies them understands or accepts,” she told Reuters.

“Her arrival was this source of enormous hope for people of color, and also just younger people. Her departure is seen as a failure and a betrayal, and that’s immensely damaging to the monarchy because the monarchy needs consensus to survive. It needs support to survive, and it’s losing it.” But opinion polls suggest that may not be the case. According to a YouGov poll last week, Harry, who once topped such ratings, and Meghan are now the most unpopular royals in Britain apart from his uncle Prince Andrew, who settled a US sex abuse lawsuit in February. William and his wife Kate were the most popular, although surveys show younger people are much more ambivalent than older Britons about the monarchy in general.

The royals have been in a similar position before. In the early 1990s, the disintegration of Charles’s marriage to his first wife, Harry’s mother the late Princess Diana, was played out in the full glare of the media.

Following Diana’s public accusations against the royal household and her death in 1997, the future of the 1,000-year-old institution seemed at times uncertain. But it bounced back to become more popular than ever, with Harry and his brother William to the fore.

According to Harry, the subsequent popularity of Meghan was seen as a problem, stealing the limelight from those “born to do this”, a less than subtle dig at his brother and father.

If Harry’s assessment that negative stories were being planted against him and Meghan is true – an accusation rejected by newspapers and aides who have spoken publicly – then the campaign could perhaps be seen as successful.

A Savanta survey found 59% of respondents in Britain said it was a bad idea for Harry and Meghan to air their documentary, with a half saying they did not trust that the show would be an accurate account of the couple’s experience.

“Personally, I don’t think that it will do lasting damage to the monarchy,” royal biographer Claudia Joseph said of the Netflix documentary.

Or, as 45-year-old London local Tarek Hilal said on Thursday: “In the long run, it just won’t make a difference. Storm in a teacup.” – Rappler.com