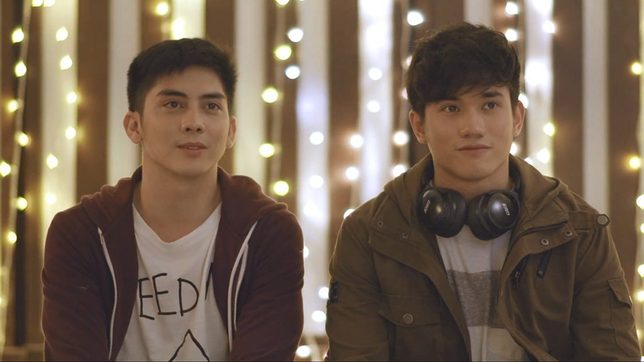 GAYA SA PELIKULA. The series is one of the many projects of Globe Studios.

“Our new name signifies the changes we will be offering to the public as we venture into a new era of entertainment,” Quark Henares, head of ANIMA, said in a press statement released on Wednesday, January 5.

He continued, “We wanted something that feels more apt to the industry and medium we deeply care for. It was so hard for us to let go of the name Globe Studios because we’ve done and achieved so much in our five years of existence, but I believe we can only go onward and upward with ANIMA.”

They added that aside from the name change, ANIMA is now also under the umbrella of Kroma Entertainment, Inc., a new entertainment company backed by the Globe Group of Companies.

Following these major changes, ANIMA shared that fans can anticipate various materials from them this 2022.

This includes Ang Pagbabalik ng Kuwago, the first Filipino feature film to premiere at the prestigious Sundance Film Festival in more than 15 years, and Simula Sa Gitna, the Hintayan ng Langit spinoff series that stars Maris Racal and Kit Thompson and directed by Antoinette Jadaone. Premiere dates for these movies have yet to be announced.

ANIMA added that aside from movies and series, they’re also strengthening their collaborations with streaming platforms One Championship, WeTV, Netflix, and HBO Go, and also experimenting with other formats and genres like podcasts.

“We are always on the lookout for how we can tell Filipino stories better – be it through the silver screen, black box, or handheld devices. It’s the stories that matter, and the way we get them to you,” Henares said. – Rappler.com