Facebook Twitter Copy URL
Copied
'If we already know how it will end, why even bother giving the Philippine adaptation the time of day?'

There is simply no better term to describe the upcoming ABS-CBN and Dreamscape Entertainment TV series The Broken Marriage Vow than the Tagalog word gigil or nakakapanggigil: overwhelming emotion, usually caused by anger, frustration, or cuteness.

Those of you who have seen the original BBC hit Doctor Foster or its wildly popular Korean version The World of the Married will probably agree that each episode had us at the edge of our seats, more and more hooked as the story unfolded.

Infidelity, destruction, and revenge are themes we’ve seen onscreen a gazillion times. What makes this series a cut above the rest? And if we already know how it will end, why even bother giving the Philippine adaptation the time of day?

Other than the fact that I play Nathalia Lucero, the mother of the mistress and a pivotal character in the show — and that I would be so grateful if you all supported me on my first teleserye in two decades and as a Kapamilya — here are my top five reasons to watch.

1. Jodi Sta. Maria as Doctor Jill is a force of nature.

As someone who has shared the stage and has acted alongside some of the country’s greatest, I was not prepared for Ms. Jodi’s intensity and ability to make me feel like, as the Tagalog expression goes, Marami pa akong bigas na kakainin. I am a relative newbie to the teleserye medium, while she is a master. I sometimes forgot my lines as I stared at her face, which by the way, barely ever noticeably moved. All her pain and hatred bubbled from inside and radiated through her eyes. She scared me. Haha. But seriously, in my opinion, her take on the lead role alone already makes this show a must-see. The Broken Marriage Vow is a feast for the eyes. And Baguio itself, with its colors, textures, and unique culture, is a character in the story. I found it incredible how two directors with such different styles managed to create a seamless show. Because each brought their A-game to the table, they were able to tell the story in the simplest possible way, without relying on melodrama, or — and this is what I dislike in other films and shows — overly artistic shots. A few minutes into the first episode, you will forget you are watching a teleserye. Suspension of disbelief.

Even if the characters they play make you annoyed at or downright hate them, their intelligent, multidimensional performances are so inspired that you will find yourselves, at times, empathizing with them.

Side note: Sue’s effect on me was the opposite of Jodi’s. She plays my daughter, but from our first scene together, she felt like a little sister, as if we had known each other forever. (Though at the start, out of respect, she was calling me, Tita — until I told her to please stop. Haha.)

4. The modern Filipiniana outfits and accessories are fabulous.

From zippered butterfly-sleeve ternos paired with mom jeans, to pointy boleros with Cordillera textile accents, to strambotic dangling earrings and handwoven clutches, a Filipino fashion designer’s creation is featured every time the show’s vivacious blonde socialite, Nathalia Lucero, appears onscreen. Watch out for all of it!

I had a blast collaborating with Direk Connie and stylist Jilla Sara for Nathalia’s look. She actually reminds me of my most favorite musical theater roles of all time: Amneris in Aida, specifically in the song “My Strongest Suit,” where the Egyptian princess does a fashion show parading her lavish wardrobe. Both Nathalia and Amneris believe that beauty and fashion are their sources of power.

From the cinematography to the production design, to the collaboration between actors and directors, much care and thought was given to every aspect of the show.

Another thing I realized is that because we are Filipinos and therefore inherently a happy, resilient bunch, we managed to film this show under stressful conditions practically without a hitch.

After our first taping cycle, Baguio locked down. While we waited for the city to reopen, we couldn’t accept other work as we were expecting to resume at any time. Because of the delay, we ended up being locked in together for a month and a half, and for some, almost two months. We were quarantined in our hotel, forbidden to step outside except to go on set, with some having nothing to do for days on end.

The production was under a huge amount of pressure to finish shooting thousands of sequences before the Christmas holidays. Easily, things could have taken an ugly turn. Thankfully, they did not. Instead, cast and staff members took turns treating each other to pizza and other comfort food. We exercised, did videoke, played sports (well, they did, not me!) and built friendships. Most of all, everyone worked really, really hard. 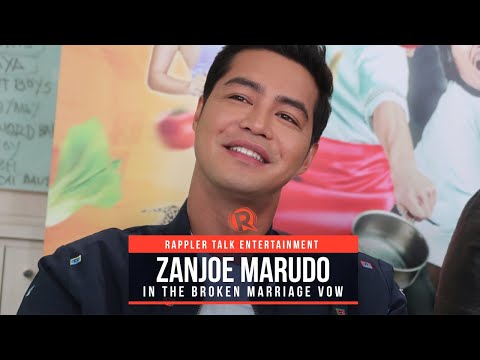 That hard work is about to pay off because starting January 24, 8:40 PM on the Kapamilya Channel, Kapamilya Online Live, Jeepney TV, A2Z Channel 11, and TV5, or January 22 on iWantTFC and Viu, you will all finally be able to watch The Broken Marriage Vow.

Don’t take my word for it. Check it out and be sure to hit me up on my social media accounts to let me know what you think. I promise, you won’t regret it. – Rappler.com

Rachel Alejandro is a singer, actor, author, and entrepreneur. She is co-founder of the health food company, The Sexy Chef. She thanks Mango, the SM Store, and Kultura for some of her clothes and accessories on ‘The Broken Marriage Vow.’