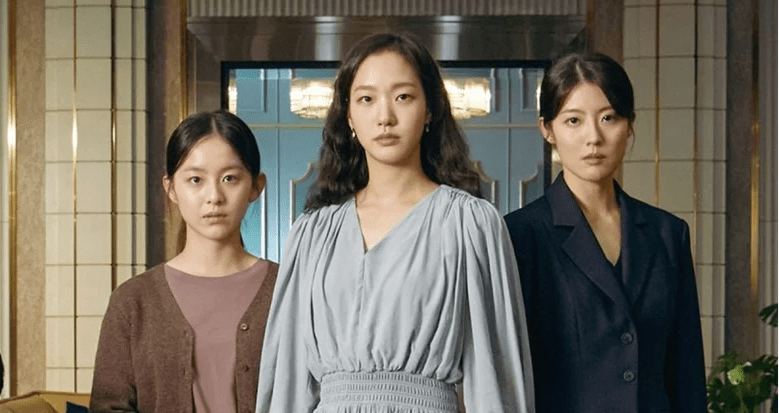 In Netflix’s Little Women, three sisters each grab the reins on sinister events to achieve their own ends – a “jolly tale” Louisa May Alcott, author of the original Little Women novel, would have loved.

As of this writing, seven of the 12 episodes have come out, and Little Women is two weeks into Netflix’s global top ten.

The intricately woven suspense series is full of riveting plot twists and noirish elements: a stockpile of cash, a deadly floral calling card, and hidden villains.

I’m all for devouring it later without having to wait in between episodes, but here are reasons you might want to catch up and watch it now.

This adaptation is more like an Agatha Christie on kimchi, as opposed to yet another take on the original novel.

Eldest sister Oh In-joo, played by Kim Go-eun, is a drudge in accounting, outcast by her peers for her poverty, and just wants a comfortable life for herself and her sisters. The story goes off on a full gallop of murder and mayhem when 70 billion won ($50 million) in slush funds is dangled like a carrot on a stick before In-joo.

Soon enough, all three sisters are reaching for this carrot, which pits them against Park Jae-sang, an aspiring mayor and seemingly the current master of the slush funds.

Seven episodes in and it’s hard to omit spoilers here. Like an orchid unfolding its petals, the story beguiles and keeps you guessing who’s evil and who isn’t.

And are the dead people really dead? 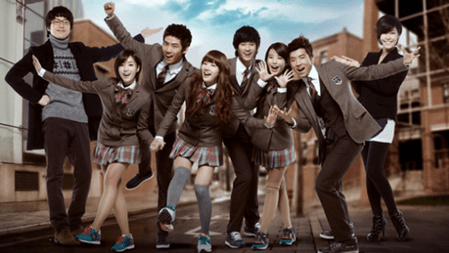 2. Creators you can trust

Vestiges of these can be felt in Little Women.

K-dramas’ usual aesthetic of pale wood and pastels are swapped for Gothic modern, gloss and gilt, geometric tiles and floral wallpapers, low angle shots that make you feel small – a testament to the creators’ deft hand in atmosphere.

Like The Handmaiden, the sisters are in the clutches of a menacing house with its own astonishingly unique basement of horror, and like Vincenzo, there’s depravity and corruption that trace back to the Vietnam War and the Gangnam real estate speculation in the ’70s. And while they’re not the mob, there’s a mysterious society in this series that you don’t cross either. 3. Characters you don’t trust, but root for anyway

How far would you go for money? This question hovers over everyone, making you weary, especially about Squid Game favorite Wi Ha-Joon. Here he plays a professional money launderer – one who’s “mysterious and sexy,” according to Wi himself.

Like In-joo, at first you don’t trust him, and then you do, and you really want to.

Meanwhile, their version of Aunt March voices succinct truths about wealth, foreshadowing the game already being played, with the sisters as mere equipment: the rich become and stay rich by risking more and not caring about the losses.

In-joo takes her aunt’s advice to heart. In one episode, she agrees to get slapped around for money, reminiscent of Lee Jung-jae playing for smacks with Gong Yoo in Squid Game, though she had a more legitimate, desperate reason.

Anyone else would have been aggravating as In-joo. Kim Go-eun, always breathtaking in her microexpressions and immersive convictions, is essentially Alcott’s Meg, but also blends in Beth’s innocence and Amy’s guileless yearning for the trappings of wealth, with Jo’s heedless tenacity and self-sacrifice.

All she ever wants is to live in security and comfort with her sisters. That’s as loyal to the original as you could get.

Newcomer Park Ji-hu plays the third sister In-hye. Her name means “kindness,” and we’ll soon see how that turns out, because she currently seems the darkest ever incarnation of Alcott’s Amy. But she’s her older sisters’ darling – strong-willed and ballsy.

Veteran Nam Ji-hyun gives a dimensional portrayal of reason and principle as the second sister In-kyung, a journalist investigating Park Jae-sang. But as of Episode 7, with more characters involved and more of their bloody pasts revealed, In-kyung moves on to a much bigger target.

The brilliance in the writing is the facets of little stories within the big story, all these people connected to each other, nudging the sisters along. 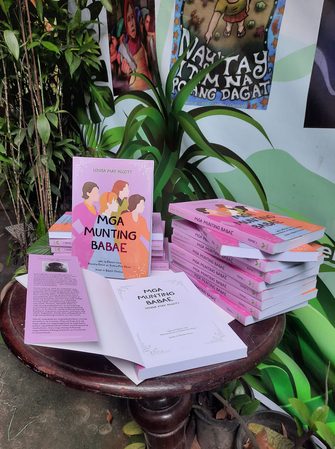 4. Your dose of reality and escapism

K-dramas are addictive for their masterful blend of reality and escapism, darkness and light. Little Women is a prime example. There are solid truths about poverty and neglect here, how it shapes our motivations and values.

A comparison with Parasite is inevitable. Both works have the same themes of social divides and opportunism over honor. And at only 12 episodes, the pace alone is an escape, but it can also give you whiplash. This is no slow-burn, small-town romance here, but the stuff of fantasy. – Rappler.com