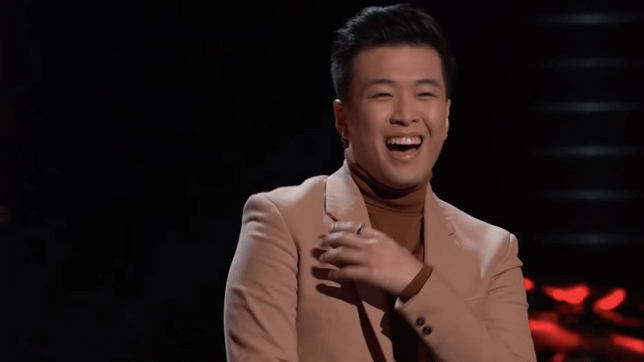 Filipino-American singer Vaughn Mugol wowed the coaches of The Voice US during the blind auditions for the reality talent competition.

In the video released on Friday, September 17, Vaughn performed Ed Sheeran’s “The A Team.” He got a three-chair turn from coaches John Legend, Kelly Clarkson, and Ariana Grande.

“I love the little break in your voice and I love the fuller parts of your voice,” Ariana said.

Vaughn said it was his first time joining a singing competition. “This is actually new to me. I’m a registered nurse, so I usually just sing to my patients,” he said.

John said Vaughn’s amazing performance “required a lot of seasoning,” which was surprising since Vaughn himself said he’d only performed before his patients.

John also added that he’d love to have Vaughn in his team, “I feel like I have the right experience on this show helping artists to pick songs and helping them prepare for these moments.”

Kelly praised Vaughn’s technique in performing. “The precision of you like not losing breath and going off pitch, that takes a lot more technique. You’re an emotional singer and that’s all I am – emotion,” she said.

Grande, the newest coach in season 21, made a pitch for Mogul to join her team, saying that she believed she could help him win, despite having no previous experience as a coach.

The Voice US has yet to reveal who Mugol picked as his coach. Season 21 of The Voice US is set to premiere on Monday, September 20.  – Rappler.com