MANILA, Philippines – All-girls Catholic schools are often lauded for providing their students with a top-tier education. Almost every graduate is bound to have the best work ethic out there with the heavy academic workload and strictly enforced rules these schools push onto their students.

However, as these educational institutions busy themselves with achieving the perfect image for PAASCU officials, they often forget to protect their students in the process.

Such is the case with AlRawabi School For Girls, a Jordanian Netflix series that harshly exposes all-girls schools’ deep-seated issues that remain unaddressed. It follows Mariam, the school clique’s favorite target. After being framed for sexual assault and getting ostracized by the entire school as a result, she plots to get back at her bullies by taking them down one by one. 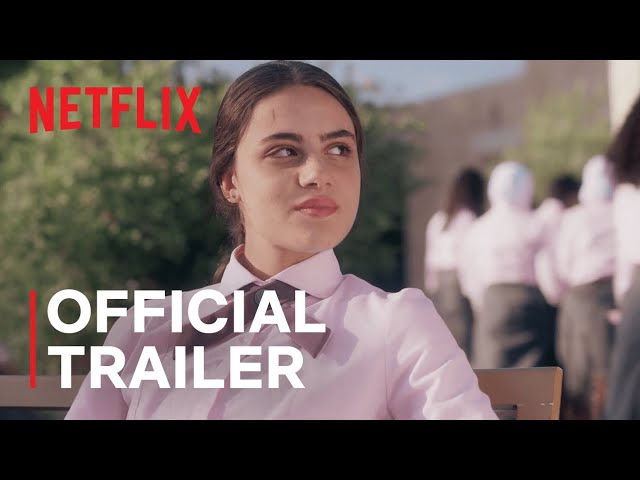 Though occurring within Jordanian contexts, the grave matters AlRawabi School For Girls highlights share uncanny parallelisms with norms in all-girls Catholic schools in the Philippines – norms that have long been overdue for total reconstruction.

Ruqayya, a hijabi character, sent photos of herself without a hijab on to a guy she liked. When the images were leaked, the school instantly expelled Ruqayya instead of taking action against the guy.

Filipina Catholic school girls undergo the very same outcomes. The leaker walks free while the victim lives with a permanent disciplinary infraction on their conduct reports. Maintaining a spotless track record is evidently prioritized by these schools over the safety of their own students from privacy breaches — ironically showing that the values they claim to uphold are only manifested on the surface.

This backwards mindset even extended to an instance of sexual assault, where Noaf was groped by an older man in the pool. When the head teacher found her still shellshocked, she was scolded for wearing revealing clothes that apparently seemed like an open invitation for the man to act on his sexual desires.

Similarly, Filipina school girls are told to dress modestly so as not to trigger men’s sexual desires. Uniforms have to be at a certain length, and prom dresses have to be checked and approved months in advance to ensure that they don’t show too much skin. While this may seem like an attempt to safeguard students from such experiences, it eventually imparts to them that women are responsible for men’s inappropriate actions.

To put it simply, someone else’s sexuality is none of your business. You don’t get to decide what they identify as. But Mariam was constantly labeled as a lesbian by peers just because her appearance was somewhat tomboyish. Whether or not she is a lesbian, it isn’t up to anyone else to dictate her sexual orientation.

However, given its clashes with Catholicism, one’s SOGIE isn’t really given the importance it deserves in all-girls schools. Instead, it is received with hostility. Sometimes, expecting these schools to rally against SOGIE discrimination is a lost cause because they actually engage in it.

In a certain Catholic all-girls school in Metro Manila, students would get called to the guidance office when they were suspected of liking women. Eerily reminiscent of conversion therapy, counselors would meet with these students to talk them out of their alleged romantic inclinations toward the same sex.

Testament to the saying “Don’t judge a book by its cover,” Mariam’s flat chest, signature low ponytail, and loose clothes birthed the traumatic locker room incident that caused her to seek revenge. When everyone was getting changed after PE class, Layan, the main school bully, threw herself onto Mariam and claimed that she touched her breasts.

In retaliation, Mariam tipped Layan off to the principal for cutting classes one day. When Layan found out, she and her sidekicks gathered to beat Mariam up until she was unconscious.

When the school held a meeting to resolve the situation, Layan insisted that Mariam molested her. Since she is the popular girl, everyone sided with her and ended up testifying against Mariam despite knowing that she was innocent. Clearly, popularity triumphs over justice.

Filipino schools are no strangers to these extreme cases of bullying – especially those that involve one’s physical appearance. Cliques gang up on powerless girls just for the fun of it, and not much is done about it by school authorities, and this, like the aforementioned practices, needs to change.

The normalization of these problematic structures arguably hinders students from truly embodying the values their schools try so hard to instill in them.

But Netflix’s AlRawabi School For Girls may just be the rude awakening that Filipino all-girls Catholic schools need to realize that their old-fashioned systems are up for much-needed improvements. In doing so, they’ll be able to assess where their interests truly lie: their students’ growth or the superficial praise they want to receive.

All of this begs a burning question: When will Filipino all-girls Catholic schools finally do away with the harmful mindsets they pass down to their young female students? – Rappler.com