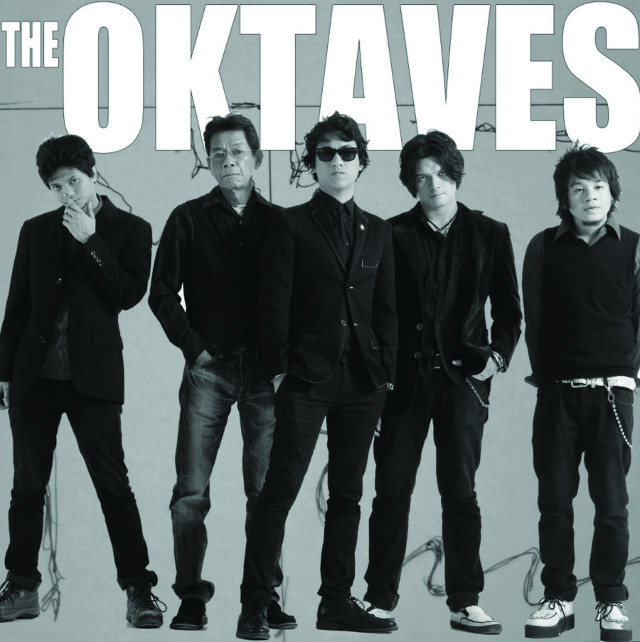 ALL IN. The cover of The Oktavesu2019 self-titled debut.

All photos courtesy of Ish Caparras

MANILA, Philippines - Of all the Filipino albums being peddled by the country’s surviving, dogged music stores, none should be as interesting to youngish music fans or fervent rock and roll devotees as that of The Oktaves.

The who? “The Oktaves” is both the name of a relatively new 5-man band and the title of the quintet’s freshly launched debut album.

The group is composed of singer-songwriter-guitarist Ely Buendia, he of the defunct-but-unforgotten Eraserheads, the likewise-defunct The Mongols and the still-active Pupil; Nitoy Adriano, for a long time the low-key but renowned lead guitarist of the legendary punk-pop band The Jerks; and the entire, powerhouse roster of Hilera, the rockabilly-loving trio comprised by singer-songwriter-guitarist Chris Padilla, bassist Ivan Garcia and drummer Bobby Padilla.

Buendia had previously collaborated with Hilera for 2010’s “In Love and War,” a concept album he co-headlined with the late Francis Magalona. In 2011, Buendia, with Adriano on lead guitar, contributed a track to “Rock Rizal,” a multi-artist project by Rock Ed Philippines in time for the sesquicentennial of Jose Rizal’s birth. (Ely produced the track with a ’90s peer, The Youth singer-songwriter-guitarist Robert Javier, who has also coproduced “The Oktaves.”)

Also in 2011, Buendia and the Hilera boys collaborated on a Tagalog rendition of the Spanish charmer “La Paloma” for that year’s epic “Manila Kingpin: The Asiong Salonga Story.” (The 4 are seen in the movie rendering their remake.) The following year, all 5 formally banded together and completed recording new material.

Despite its members’ roots or association with underground/modern rock — the kind that got played on the now-kaput FM station NU 107.5 — The Oktaves can hardly be considered an “alternative” band.

While their style may differ from the pop, soul or rap inclinations of their mainstream peers, The Oktaves are not out to relive, say, the glory days of ’90s grunge either. Instead they skip that common denominator in their musicianship lives in favor of earlier genres.

Specifically, The Oktaves are more of a straightforward rock and roll act, their best-played-loud tunes — written chiefly by either Buendia or Chris Padilla — marked by a curious yet cohesive mix of ’50s to ’60s rock ‘n’ roll, a bit of ’70s punk, much ’80s rock and some timeless blues. Majority of the 12 songs on their self-titled debut would not be out of place in the jukeboxes of a 1950s diner or a 1980s bus station.

In other words, it’s almost as if the E-heads and their imitators never happened.

Proud to be loud

From their album’s get-go, Buendia, Adriano, Garcia, and the Padillas promptly, confidently kick out the jams and blast off with “Gone Gone Gone,” one of several ballistic, rowdy yet controlled rousers. Buendia, the song’s composer, sings in the mold of Green Day’s Billie Joe Armstrong while his bandmates serve up unadorned rock and roll, punctuated by one of the album’s many blistering Adriano solos and sprinkled with some well-placed handclaps. Oddly though, Buendia stops short of maximizing the catchiness of the song’s “love is gone, gone, gone” line; nothing a possible sequel to the ditty can’t fix.

The next track, Padilla’s “Hold on Tight,” is likewise an old-fashioned rock-and-roll nugget — the kind that can compel beach party attendees to twist and shake instead of head-bang and pogo-dance. Steered by Padilla’s glorious gift of growl-singing, “Tight” is also one of the album’s lyrical expressions of amorous longing. And this particular track’s combined tone of angst and aspiration quite perfectly echo the mixed feelings of a hopeless romantic. It is a standout and deserves to be a single.

What did get picked as “The Oktaves’” carrier single is “K.U.P.A.L.,” Buendia’s now-extra-timely kiss-off that likens worthless politicians to smegma, all to the tune of crunchy and muscular ’80s rock. The 42-year-old, at times lyrically sarcastic pop star concludes the titular spell-out coda (at least on disc) with a hearty “F*** you!” — complemented throughout by his more familiar, weary-stance vocal.

That thing they do 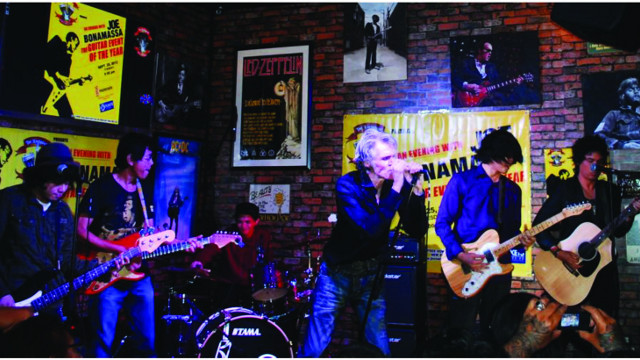 THE MEN, THE MYTHS.

Likewise venturing into ’80s-type pop-rock are two other tracks penned by Padilla: “Walang Magawa,” a slithery scorcher on record that must be even more so when played live, with a recurring mid-song groove by bassist Garcia that recalls that of Lenny Kravitz’s “Mr. Cab Driver”; and the thunderous “Get You,” which accentuates the blistering talents of Adriano and Bobby Padilla.

Likewise lively-but-downbeat is “Paakyat Ka pa Lang, Pababa na Ako” (“You’re Still on Your Way Up, I’m Already on My Way Down”), its sunny, “That Thing You Do”-like backbeat aggressive in contrast to the lyrics’ suggested unlikelihood of reliving past glories (Buendia asserts, “Marami na akong nagawa, ayoko nang ulitin pa,” or “I’ve done so much, I don’t want to repeat them anymore”).

“The Oktaves’” proceedings turn out even slower via a pair of Padilla ballads: “Ikot” (“”Turn”), a bluesy, under-the-blue-moon lullaby that features the kind of classy guitarwork Adriano’s audience knows best; and “Standing on My Own,” a slowdance that further showcases the young singer’s remarkable, raspy vocal and finds the band sounding fired-up even if in a more hushed state.

Will they (or you) stick around? 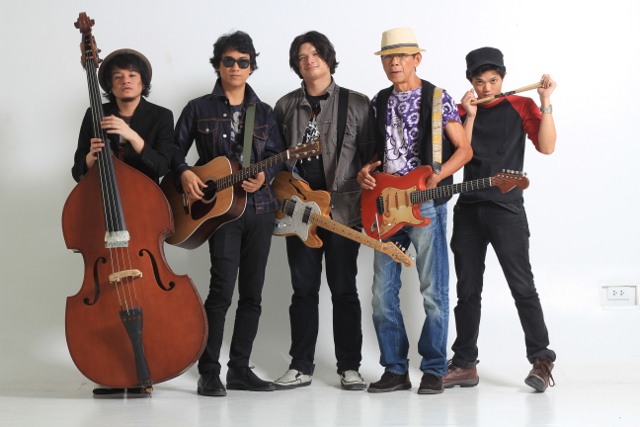 The album’s sole remake is Buendia’s “Rock Rizal” contribution, “Bungo sa Bangin” (“Skull on a Cliff”), a fluid dirge that thematically springs from the Sisa character in Jose Rizal’s Noli Me Tangere.

Despite the unmistakable craftsmanship and recognizable yet non-retro pastiche of genres The Oktaves bring to fore, the lack of easy catchiness to much of “The Oktaves” might keep a large amount of listeners away. And that would be quite a shame, given the band’s own conscious avoidance of concocting instant, vapid crowdpleasers. (On the other hand, discriminating, tough-to-please listeners might dismiss the band as trite or corny.)

Perhaps if they’d stay together long enough, The Oktaves could churn out catchier, even more formidable originals. For now, Buendia and cohorts sound content to relish their joint musicianship. It just remains to be seen whether they’ll stick around to see if a bigger Pinoy audience would join the fun. - Rappler.com

('The Oktaves' is released by MCA Music through record stores such as Odyssey and Astrovision as well as online stores such as MyMusicStore.com.ph and iTunes.)