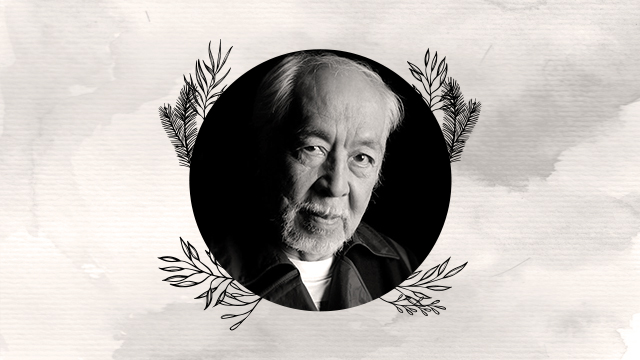 MANILA, Philippines – Considered as one of the founding fathers of Philippine university theater, Antonio "Tony" Mabesa left a legacy as one of the great directors of the national stage throughout his studded entertainment career of 70 years.

Mabesa was born in Los Baños, Laguna, on January 27, 1935. He went to high school at  U.P. Rural High School where he had his directorial debut for a school production. In 1956, he took up agriculture at the University of the Philippines in Los Baños. At the state university, he was mentored by National Artist for Theater, Wilfrido Ma. Guerrero.

In a 2006 interview with The Philippine Star,  Mabesa shared that upon returning home to Manila after his studies abroad, he was offered a job at UP Diliman’s Department of Speech Communications and Theater Arts, but he still wanted to do more than spearhead the curriculum – he wanted to produce Shakespeare.

With this desire and his extensive experience, Mabesa founded the Dulaang Unibersidad ng Pilipinas (Dulaang UP) and the UP Playwrights Theater in 1976, directing and producing over 170 shows to his name as artistic director and mentor to budding theater stars. In 2005, he also founded the Angeles University Foundation Repertory Theater.

He is also known to have mentored  some of the country's most prominent theater professionals, such as Shamaine Centenera, Irma Adlawan, Nonie Buencamino, Eugene Domingo, Frances Makil-Ignacio, Adriana Agcaoili, Banaue Miclat, and Neil Ryan Sese, among others.

Aside from working behind the scenes, Mabesa also ventured into acting roles for TV and film: TV series Villa Quintana from 1995 to 1997, Lino Brocka's 1988 movie Macho Dancer, Jose Rizal in 1998, the Mano Po movies from 2002 to 2008, Vietnam Rose in 2005 as Fidel dela Cerna, and his latest LGBT-themed drama, Rainbow's Sunset, directed by Joel Lamangan, where he co-starred with the late Eddie Garcia.