Xander Ford ‘unmasks’ boyfriend to public after coming out as bisexual 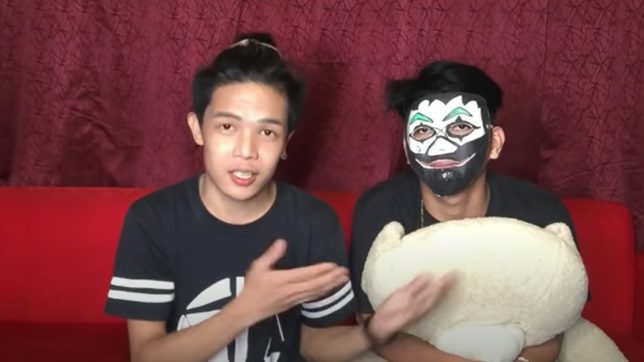 Three days after he came out as bisexual, social media personality Xander Ford introduced his boyfriend to the public for the first time in a YouTube vlog posted on Monday, July 20.

The 15-minute video, “Xander Ford Interview with His Boyfriend,” showed Xander, his boyfriend concealed behind a mask, and two of Xander’s friends as the vlog’s hosts, seated on a sofa.

Regarding his “masked” boyfriend, Xander first clarified that he didn’t want to reveal his boyfriend’s face yet because whatever they have is “private.”

Among the 10 questions asked by the hosts, one was about who from the couple was the first to fall in love, to which his boyfriend admitted that it was he.

Xander shared that they go way back since 2018, but only got closer and formed a deeper connection in 2019, which was also the year they first met in person.

“Tropa kami. Nagbibigay ako ng mga problema ko, at siya din, (We’re good friends. I started sharing my problems to him, and he did the same), ” Xander said.

He also said that they already knew each other before Xander broke up with his girlfriend, and that his boyfriend was very supportive throughout the breakup, calming him down and telling him it wasn’t the end.

“Parang nagkapalagayan kami (ng loob) na dalawa. Noong nalaman niya na ganito ako, sabi niya sa akin, mas naiitindihan niya ako kaysa ‘yung ibang tao, sa dami ng tao na hindi ako naintindihan. So, ako, naniwala ako sa kanya (We just poured everything to each other. When he found out I was this way, he told me he understood me more than the others who don’t understand me at all. So, I believed him),” Xander said.

On how the relationship grew romantically, Xander said it was because his boyfriend understood him the most.

When asked if Xander was good-hearted, his boyfriend said yes.

“Mabait po talaga siya, kasi nakasama ko na siya in person (He’s really nice, because I’ve been with him in person),” he said, citing that others who don’t know him only judge what they see on television.

Xander was also asked how he “became bisexual.”

(I never had a boyfriend; I’m not gay. I’m really straight. I had 4 girlfriends before. I don’t get attracted to men. It’s just now that I realized that I had feelings like this that developed towards another man.)

When asked why he didn’t want to reveal the face of his boyfriend, Xander said that he actually did want to.

“Gusto ko from the start ng video na ito ay gusto ko siyang itago kasi ‘yung mga tao, kasi curious sila sa kaibigan ko. Sa akin, gusto ko siyang ipakita sa lahat ng nanonood (At the start of this video I wanted to hide him, because I know people are curious about him. But for me, I want to show him to everyone watching),” he said.

Xander’s boyfriend was then asked if he was ready to reveal his identity to the viewers, which he said he was. He then pulled off his mask.

At the end of the video, Xander addressed his bashers and those that don’t like him because of “who he is now,” saying that his focus now is respecting himself and his needs first.

(I’m working on myself more now. Instead of worrying about my problems even more, I focused on my business and my social media instead by uploading videos. So, please just support me, so that there will be good vibes.) – Rappler.com