SUBMERGED. Vehicles are submerged at a plot flooded by the Chamelecon River due to heavy rain caused by Storm Iota, in La Lima, Honduras November 19, 2020.

Facebook Twitter Copy URL
Copied
In a statement, the scientists – including 5 Nobel laureates – warn that a failure to respond to rising climate risks would have severe consequences, especially for the poorest

More than 3,000 scientists on Friday, January 22, called for a far bigger global push to protect people and nature from the effects of a heating planet, even as researchers estimated funding to adapt to climate change has dropped because of the COVID-19 pandemic.

In a statement, the scientists – including 5 Nobel laureates – warned that a failure to respond to rising climate risks, as governments try to revive their economies from coronavirus woes, would have severe consequences, especially for the poorest.

“Unless we step up and adapt now, the results will be increasing poverty, water shortages, agricultural losses, and soaring levels of migration with an enormous toll on human life,” the scientists from nearly 120 countries wrote ahead of a global summit on adaptation next week.

A changing climate, including more severe floods and droughts, could depress growth in global food production by up to 30% by 2050, while rising seas and greater storm surges could destroy urban economies and force hundreds of millions of coastal dwellers from their homes, they noted.

To avoid that, major new efforts are needed to conserve nature – including forests, wetlands, and coral reefs – as is a planning revolution to make cities, transport, energy, and other infrastructure safer from climate shocks, they said.

Better education, especially for girls, and redeployment of the world’s existing financial resources would enable adaptation on the massive scale required, they added.

“We must remember there is no vaccination for our changing climate,” said former UN Secretary-General Ban Ki-moon, who chairs the Global Center on Adaptation (GCA), which is organizing the January 25-26 summit with the Dutch government.

“Building resilience to climate impacts is not a nice-to-have…. it is a must if we are to live in a sustainable and secure world,” Ban told journalists.

Alongside the COVID-19 crisis, last year saw surging heat, intensifying drought and rampant wildfires, he noted, adding that the pandemic might have been avoided if the world had acted earlier to protect nature and prevent climate change. 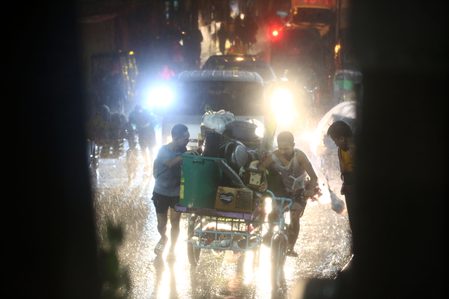 It also flagged a new estimate from the Climate Policy Initiative (CPI) that finance for adaptation is likely to have fallen – though by less than 10% – in 2020, as the pandemic hit budgets hard.

A UN report said last week that funding was already falling far short of needs before the COVID-19 crisis, with an annual average of $30 billion available for adaptation in 2017-2018.

Estimates of the costs of adapting to climate change vary widely, but CPI and the GCA said adaptation finance needed to increase by between 5 and 10-fold from its current levels.

Only about 5% of all climate finance goes to adapting to more extreme weather and rising seas. The UN secretary-general and others have called for that share to be raised to half, especially in financial support for poorer nations.

Patrick Verkooijen, CEO of the Rotterdam-based GCA, described climate change adaptation as a “casualty” of the pandemic.

“Adaptation needs to accelerate but this acceleration is not happening. In fact, it’s even slowing down,” he said.

Meanwhile, the pandemic put a brake on many adaptation projects as construction work was halted by lockdowns and supply-chain disruptions meant inputs like seeds, tools, and technical expertise were not delivered on time.

Verkooijen said the shortfall in action and financing for adaptation could be turned around if decision-makers ensure the trillions they are preparing to spend on boosting their economies are also aimed at building climate resilience.

“This is now the time to have a step change on adaptation investments,” he told the Thomson Reuters Foundation.

The Global Center on Adaptation and the statement from scientists called for a wholesale rethink of financial and business incentives, which today largely fail to reflect longer-term risks.

Verkooijen emphasized that the best way to protect people from worsening extreme weather and rising seas was to slash climate-heating emissions to meet the globally agreed warming limits in the 2015 Paris Agreement.

But even if governments and businesses ramp up renewable energy and energy efficiency fast enough to do that, “we still have a massive investment need in adaptation,” he said, as already unavoidable climate change impacts unfold.