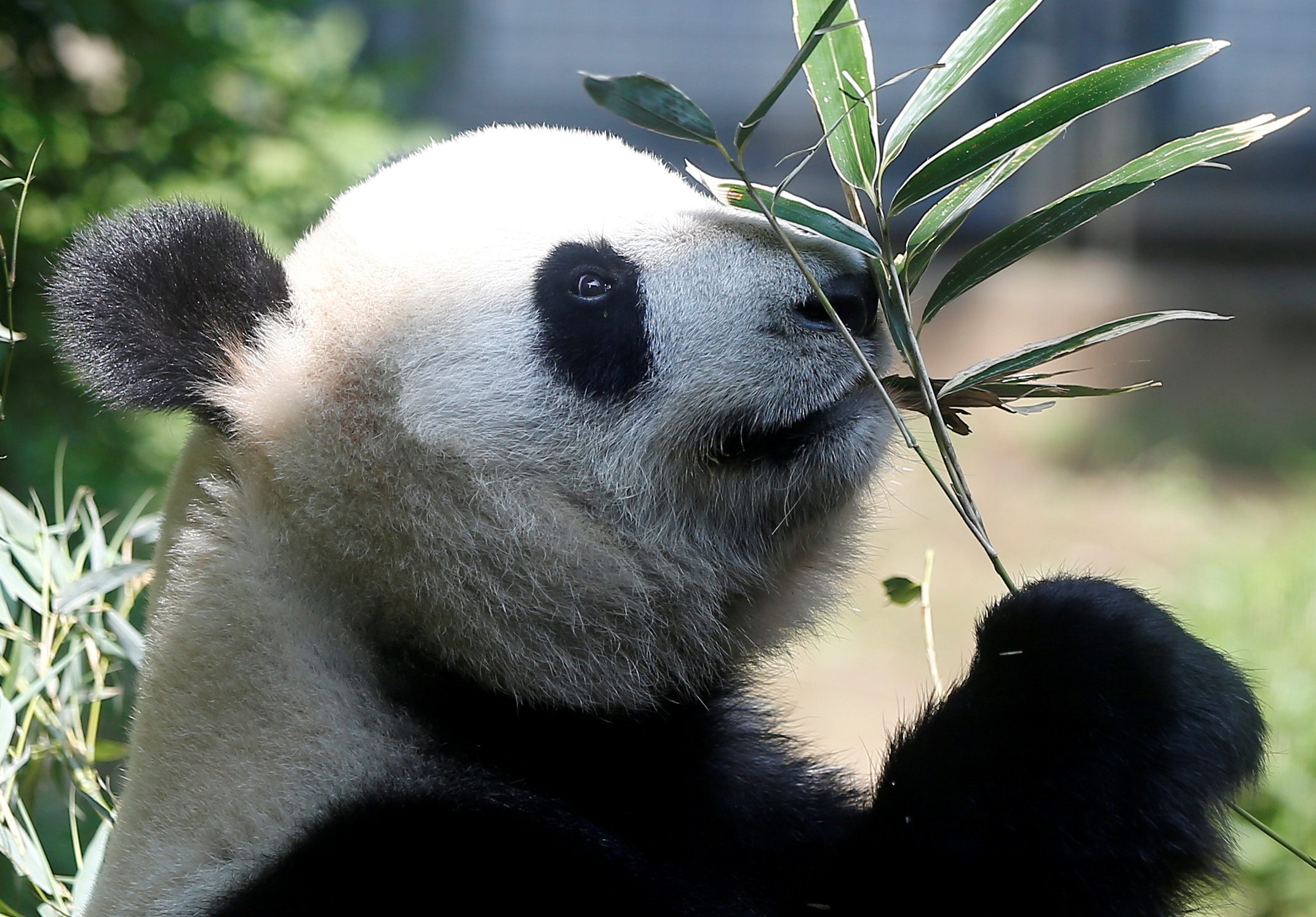 SHIN SHIN. In this file photo, a female giant panda named Shin Shin is seen through a window at Ueno Zoological Park in Tokyo, Japan, on May 19, 2017.

Facebook Twitter Copy URL
Copied
Pandas are notoriously difficult to breed in captivity, as the females go into heat only once a year and can be picky about partners

A month ahead of the Tokyo Summer Olympic Games, the city has another reason to celebrate – giant panda Shin Shin has given birth to twin cubs at Ueno Zoo, the first panda birth there in four years.

The Tokyo zoo’s website listed the two newborn pandas as being born an hour and a half apart at 1:03 am (1403 GMT) and 2:32 am on Wednesday, June 23. Their gender has not been determined, and they have not yet been named.

“All the staff are working together to observe and protect the giant panda mother and children,” the zoo said in a statement on its panda website.

One of the cubs weighs 124 g (4.37 ounces), according to the announcement. The other’s weight is unknown. The cubs are roughly the length of an adult human hand, as seen in a picture on the zoo’s website.

Shin Shin was born on July 3, 2005, at the Conservation and Research Center for the Giant Panda in Wolong, China, and arrived at Ueno Zoo a decade ago, along with her male partner Ri Ri. The pair are also parents to a female panda named Xiang Xiang, born in June 2017.

It is not immediately known when the newborn cubs are expected to go on display at the zoo. Shin Shin had been removed from public view since the zoo reopened from its pandemic closure on June 4, when she was showing signs of possibly being pregnant.

Pandas are notoriously difficult to breed in captivity, as the females go into heat only once a year and can be picky about partners.

“The pandas are now a family of five. This is such happy news,” said Japan’s chief cabinet secretary Katsunobu Kato, offering his congratulations to the zookeepers on the birth.

“I believe everyone at the zoo is doing all they can day and night to keep the panda family healthy first, and I hope everyone will watch over them warmly and quietly.” – Rappler.com