Human hair recycled in Belgium to protect the environment 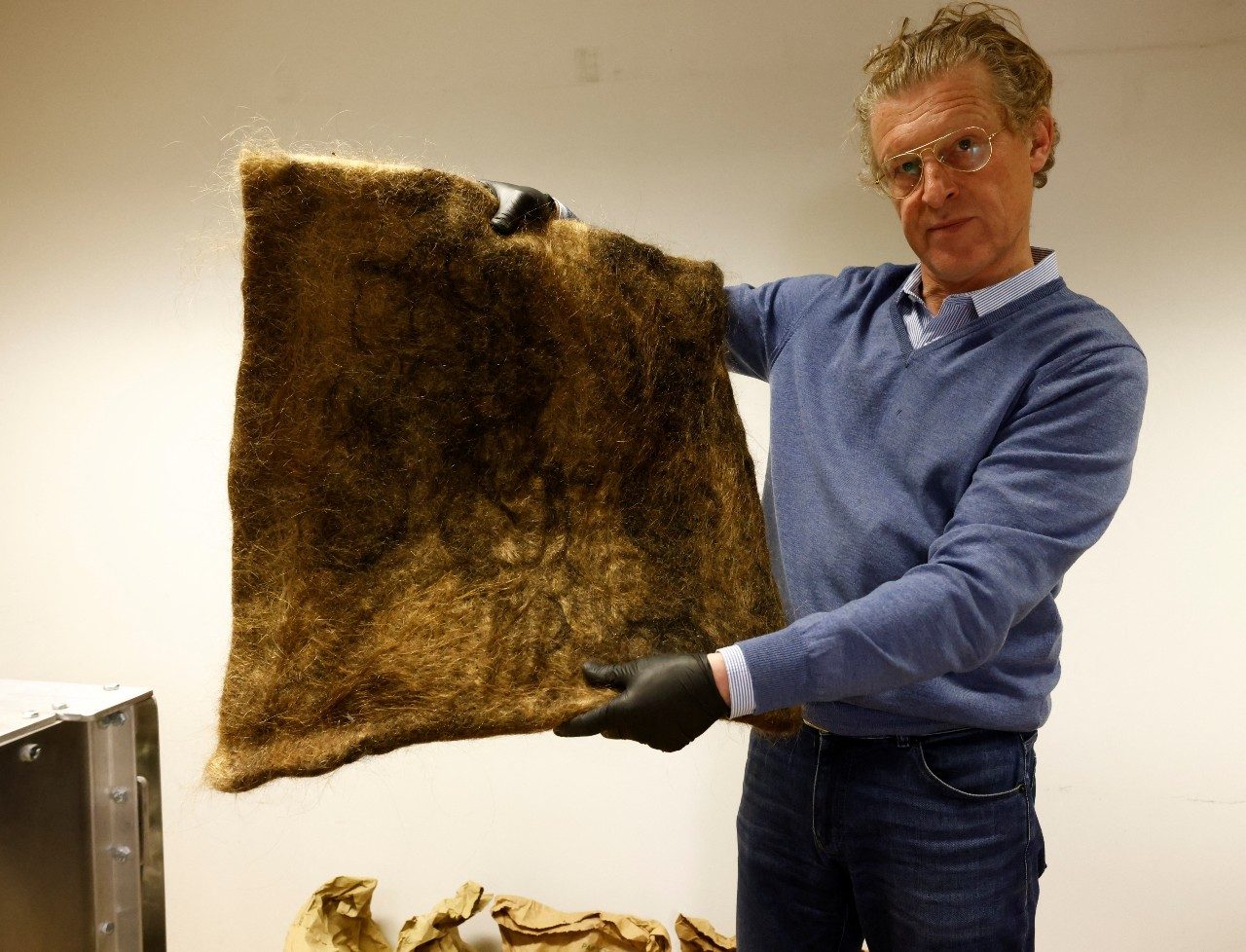 HAIR MAT. Patrick Janssen, co-founder of the organization Dung Dung, shows a tile made from recycled human hair that is used to absorb polluting chemical substances in water, in Waremme, Belgium December 8, 2022.

BRUSSELS, Belgium – Coiffeurs across Belgium are sweeping up and bagging hair clipped from their customers, and then handing it over to a nongovernmental organization that recycles it to protect the environment.

The Hair Recycle project feeds locks and tresses into a machine that turns them into matted squares that can be used to absorb oil and other hydrocarbons polluting the environment, or made into biocomposite bags.

Project co-founder Patrick Janssen, explaining that 1 kilogram (2.2 lbs) of hair can absorb 7-8 liters (1.8-2.1 US gallons) of oil and hydrocarbons, said the mats can be placed in drains to soak up pollution in water before it reaches a river.

“Our products are all the more ethical as they are manufactured locally…they are not imported from the other side of the planet,” he told Reuters. “They are made here to deal with local problems.”

The project said on its website that hair has powerful properties: one strand can support up to 10 million times its own weight, and as well as absorbing fat and hydrocarbons, it is water-soluble and highly elastic due to its keratin fibers.

Isabelle Voulkidis, manager of the Helyode salon in Brussels, is one of dozens of hairdresser across the country that pay a small fee to the project to collect their hair cuttings.

“What motivates me, personally, is that I find it a shame hair is nowadays just thrown in the bin, when I know that so much could be done with it,” she said, as she combed and clipped one of her customer’s hair. – Rappler.com