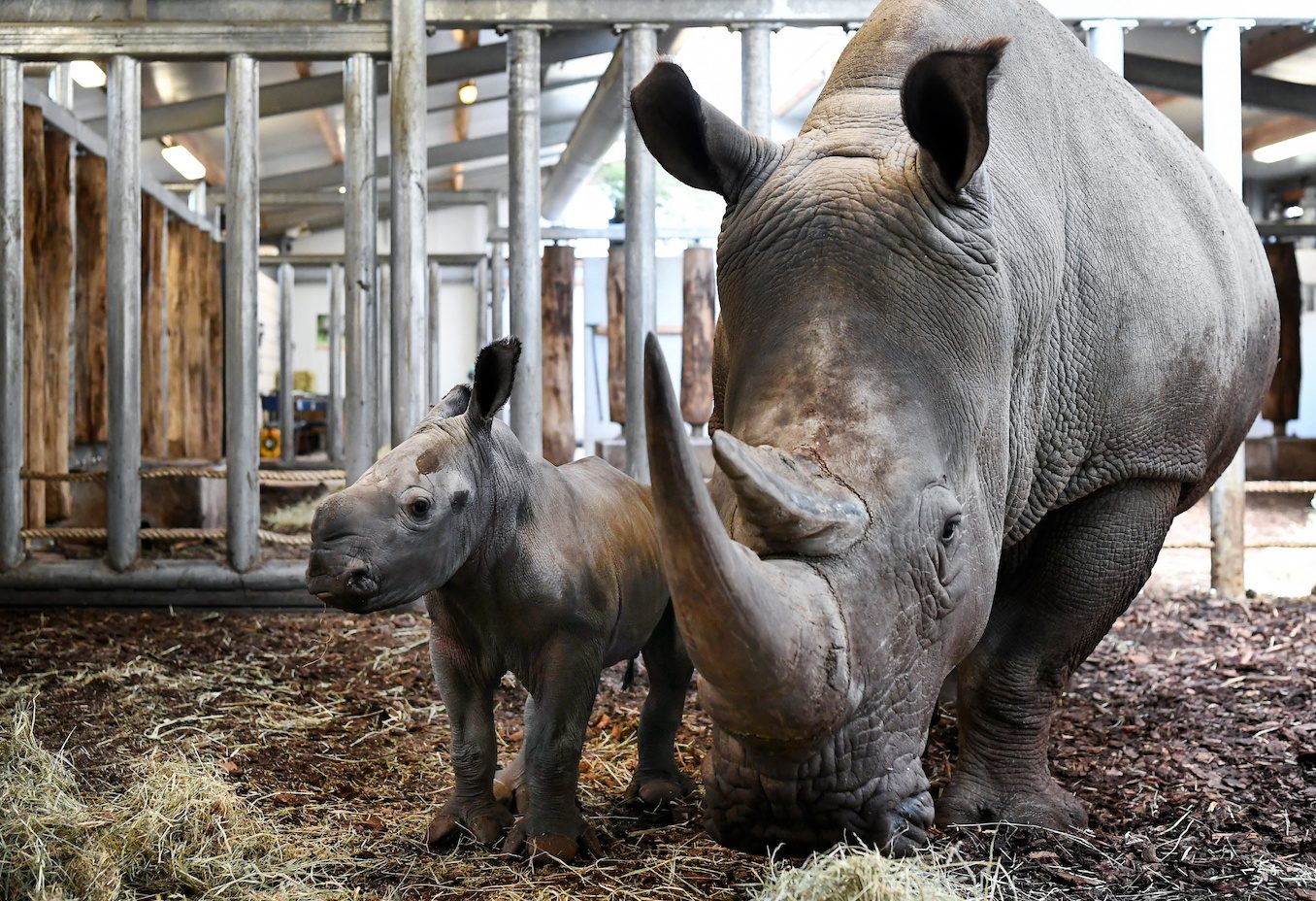 A Dutch zoo has announced that it received an Easter gift – a baby rhinoceros born on the morning of April 4.

Spokesman Bas Lukkenaar of the Royal Burgers’ Zoo in Arnhem, Netherlands, said the baby rhino appeared “lively” and was estimated to weigh about 50 kg (120 pounds).

“We are very delighted to have a young male,” he said. “The mother looks very experienced, very quiet, so it’s a good sign.”

The baby was given the name “Douwe,” a common Dutch name.

The rhino is of the square lipped or white rhinoceros breed, which is the most common of surviving rhinoceros species but still endangered. – Rappler.com