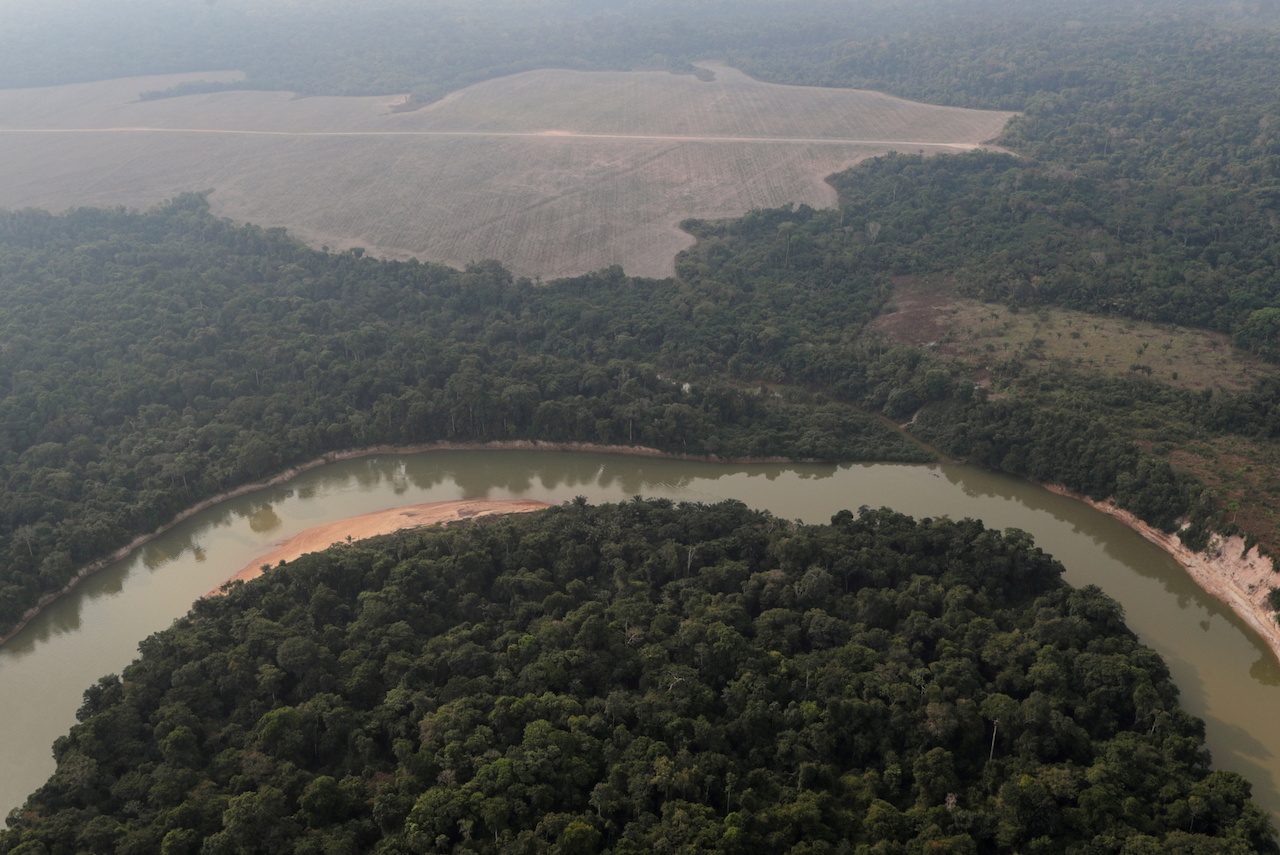 AMAZON. An aerial view shows a river and a deforested plot of the Amazon near Porto Velho, Rondonia State, Brazil August 14, 2020.

More than 10,000 species of plants and animals are at high risk of extinction due to the destruction of the Amazon rainforest – 35% of which has already been deforested or degraded, according to the draft of a landmark scientific report published on Wednesday, July 14.

Produced by the Science Panel for the Amazon (SPA), the 33-chapter report brings together research on the world’s largest rainforest from 200 scientists from across the globe. It is the most detailed assessment of the state of the forest to date and both makes clear the vital role the Amazon plays in global climate and the profound risks it is facing.

Cutting deforestation and forest degradation to zero in less than a decade “is critical,” the report said, also calling for massive restoration of already destroyed areas.

The rainforest is a vital bulwark against climate change both for the carbon it absorbs and what it stores.

According to the report, the soil and vegetation of the Amazon hold about 200 billion tons of carbon, more than five times the whole world’s annual CO2 emissions.

Furthermore the continued destruction caused by human interference in the Amazon puts more than 8,000 endemic plants and 2,300 animals at high risk of extinction, the report added.

“There is a narrow window of opportunity to change this trajectory,” Bustamante said. “The fate of Amazon is central to the solution to the global crises.”

In Brazil, deforestation has surged since right-wing President Jair Bolsonaro took office in 2019, reaching a 12-year high last year and drawing international outcry from foreign governments and the public.

Bolsonaro has called for mining and agriculture in protected areas of the Amazon and has weakened environmental enforcement agencies, which environmentalists and scientists say has directly resulted in the rising destruction. Neighboring Colombia a week ago reported that deforestation rose 8% in 2020 versus the previous year to 171,685 hectares (424,000 acres), with nearly 64% of the destruction taking place in the country’s Amazon region.

During the panel, former President of Colombia Juan Manuel Santos lamented a lack of political will from among the Amazon countries to tackle issues facing the rainforest.

“Unfortunately right now in Latin America and especially in these eight countries…you don’t see that political leadership, you don’t see any of those presidents taking the baton,” he said, referring to the countries that border the rainforest.

Of its original size, 18% of the Amazon basin has already been deforested, according to the report – mostly for agriculture and illegal timber. Another 17% has been degraded.

While restoration efforts will play an important role in safeguarding the Amazon, the difficulty of restoring forests means the main goal should be protecting existing vegetation and water bodies.

“Restoration actions can be costly and complex to implement, so it’s actually better to avoid deforestation and degradation so that we don’t need to take restorative actions,” said Marielos Pena-Claros, a professor at Wageningen University in the Netherlands.

The continuing destruction may threaten the very ability of the rainforest to function as a carbon sink, with potentially devastating results for the global climate change.

A separate study published in the journal Nature on Wednesday showed that some parts of the Amazon are emitting more carbon than they absorb, based on measurements of carbon dioxide and carbon monoxide taken from above the rainforest between 2010 and 2018.

Lead author Luciana Gatti, a scientist at Brazil’s Inpe space research agency, suggests the increased carbon emissions in southeastern Amazonia – where deforestation is fierce – is not only the result of fires and direct destruction, but also due to rising tree mortality as severe drought and higher temperatures become more common. – Rappler.com