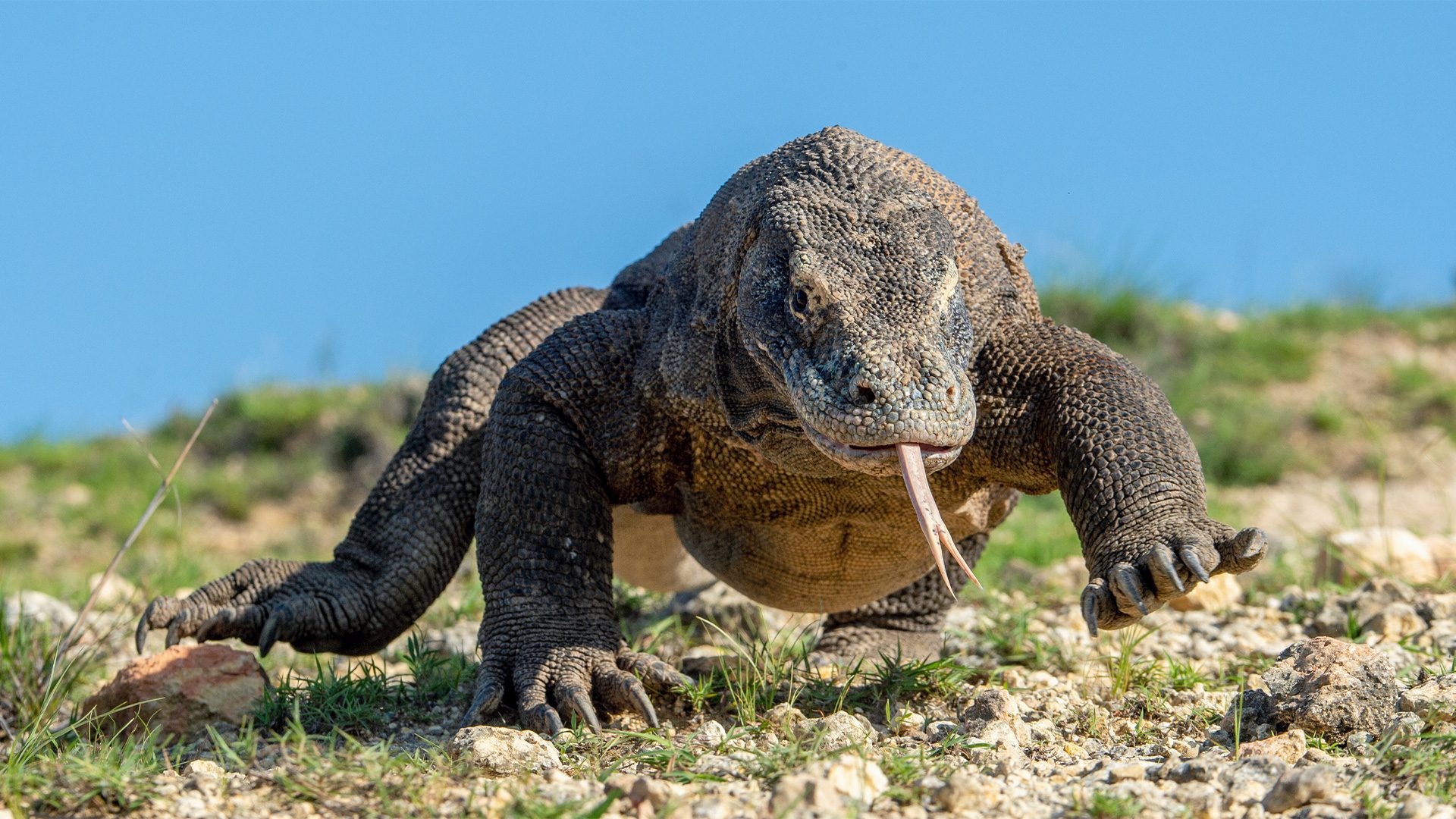 FILE PHOTO. A Komodo dragon, scientific name: Varanus komodoensis, which can be found only in Indonesia.

Facebook Twitter Copy URL
Copied
Indonesia is home to about 3,300 rare Komodo dragons, which can grow up to 10 feet in length and can kill large prey with a single venomous bite

JAKARTA, Indonesia – Hundreds of Indonesian tourism workers were on strike on Tuesday, August 2. over a hefty hike in ticket prices to see the country’s famous Komodo dragons, a move the government insists is to preserve the habitat of one of the world’s largest lizards.

The fee to access two of the main islands of the Komodo national park shot up 18 times overnight to 3.75 million rupiah ($252.10) on Monday, a jump that local workers said would scare off tourists and see their incomes dry up.

Indonesia is home to about 3,300 rare Komodo dragons, which can grow up to 3 meters (10 feet) in length and can kill large prey with a single venomous bite.

“This has caused uncertainty among us,” said Leo Embo, a tour guide, who belonged to one of 24 local workers’ associations currently on strike over the ticket prices.

“We decided to go on strike even when we’re suffering from a loss here… this might as well be suicide.”

KompasTV showed footage on Tuesday of a standoff between police and demonstrators. Local media reported dozens had been arrested, and tourism minister, Sandiaga Uno, on Monday urged workers to hold talks with the government.

The pristine islands in Indonesia’s East Nusa Tenggara province are a UNESCO World Heritage Site and drew close to 222,000 visitors in 2019, before the pandemic struck.

Annual numbers have shrank to about a quarter of that in the following years, decimating tourism-dependent businesses.

Indonesia has courted controversy before over its efforts to generate revenue from the giant lizards, including an image of a dragon facing off with a construction vehicle, which triggered outrage when it went viral on social media in 2020. – Reuters