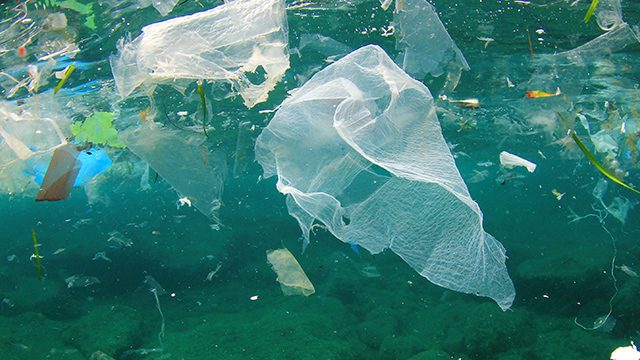 A wheelbarrow and a handful of metal grids for capturing litter, emblazoned with the words “Renew Oceans,” sit rusting outside an empty, padlocked office in the Indian city of Varanasi, a short walk from the Ganges.

It is all that is left of a program, funded by some of the world’s biggest oil and chemical companies, that they said could solve a runaway ocean plastic waste crisis which is killing marine life – from plankton to whales – and clogging tropical beaches and coral reefs.

The closure of Renew Oceans, which has not previously been reported, is a sign that an industry whose financial future is tied to the growth of plastic production is falling short of its targets to curb the resulting increase in waste, according to two environmental groups.

The Alliance to End Plastic Waste, a Singapore-based nonprofit group set up two years ago by big oil and chemical companies, said on its website in November 2019 that its partnership with Renew Oceans would be expanded to the world’s most-polluted rivers and “ultimately could stop the flow of plastic into the planet’s ocean.”

Exxon Mobil Corp, Royal Dutch Shell Plc, Dow Inc, Chevron Phillips Chemical Co and about 50 other companies committed to spend $1.5 billion over 5 years on the Alliance and its projects. The Alliance has not said publicly how much money it has raised from its members or what it has spent overall.

The Alliance confirmed to Reuters that Renew Oceans had stopped operating, partly due to the new coronavirus, which had halted some work.

“Without any foreseeable time frame for restarting, combined with other implementation challenges, the Alliance and Renew Oceans jointly decided to a mutual termination agreement in October 2020,” Alliance spokeswoman Jessica Lee told Reuters.

Anne Rosenthal, counsel at US law firm Hurwit & Associates, representing Renew Oceans, also said it expects the project to fold. “While it has made important progress in tackling the problem of plastic waste, the organization has come to the conclusion that it simply does not have the capacity to work at the scale this problem deserves,” she said.

The Alliance, with a staff of about 50, mostly based in Singapore, has other projects in the pipeline, but they are small, community-based endeavours or have not yet come to fruition. “It is important to note that the full impact of projects will be realized when their operations are at full scale,” said Lee.

Renew Oceans published targets on its website to collect 45 tons of plastic trash from the Ganges in 2019 and 450 tons in 2020. Neither the Alliance nor Renew Oceans has published any information on their progress in reaching those targets. Four people involved in the project told Reuters it collected less than one ton of waste from the Ganges before it closed in March last year after less than 6 months in operation.

The Alliance and Renew Oceans declined comment on the amount of waste the project collected. Scientists estimate more than half a million tonnes of plastic trash enters the Ganges every year. There is no government data on how much of that is collected.

‘One of the best projects’

At the launch event for the Alliance in January 2019, live-streamed by National Geographic, Dow Chief Executive Jim Fitterling said Renew Oceans was “one of the best projects we’ve got.”

The Alliance and Renew Oceans said they would deploy state-of-the-art technology to collect and recycle plastic waste, including “reverse vending machines” that take in plastic litter and give out vouchers for money off taxi rides and groceries, and pyrolysis devices to turn plastic trash into diesel.

Prototypes of those devices were deployed in Varanasi but regularly malfunctioned, the 4 people involved in the project told Reuters. The Alliance and Renew Oceans declined comment on the performance of the technology.

Renew Oceans has not expanded operations beyond the pilot project in Varanasi, the Alliance said, in response to Reuters’ questions. Renew Oceans declined comment.

The Alliance said it invested $5 million in Renew Oceans over a two-year period. It said some of that had been returned to the Alliance and more was expected to be returned once Renew Oceans wound down its operations.

Exxon and Shell directed Reuters’ questions to the Alliance. Dow and Chevron Phillips did not respond to requests for comment.

The Alliance set a goal “to divert millions of tons of plastic waste in more than 100 at-risk cities across the globe” over 5 years. So far the group has announced more than a dozen programs, including Renew Oceans, but is far short of that goal.

There is no centralized source for data on plastic waste pollution across the globe. But the data that is available suggests that even at full scale, those projects would only address a fraction of the problem and still fall well short of the Alliance’s own targets of keeping millions of tonnes of plastic garbage out of the ocean.

For instance, Indonesia and India both produce more than 3 million tons of plastic waste a year that is not collected or recycled, according to United Nations and national figures.

“AEPW’s programs are trivial in scale and not replicable to make a real reduction in the massive amount of global plastic pollution,” said Jan Dell, an independent chemical engineer, using the Alliance’s acronym.

The plastics industry has been publicizing its efforts to recycle and manage plastic waste, but it is spending vastly more on expanding production than recycling, which has been rendered uneconomic by the proliferation of cheap new plastic, Reuters reported in October.

Chevron Phillips used footage of Renew Oceans’ workers collecting plastic on the Ganges in a video promoting its sustainability efforts in July, even though the project had stopped operations in March.

“These are some of the richest and most powerful companies on the planet, and what they’ve come up with are some small, community litter picking projects that make for nice photo opportunities,” said John Hocevar, Ocean Campaigns Director, Greenpeace USA. “There is no way to reduce plastic waste without reducing plastic production.”

Chevron Phillips did not respond to a request for comment. – Rappler.com