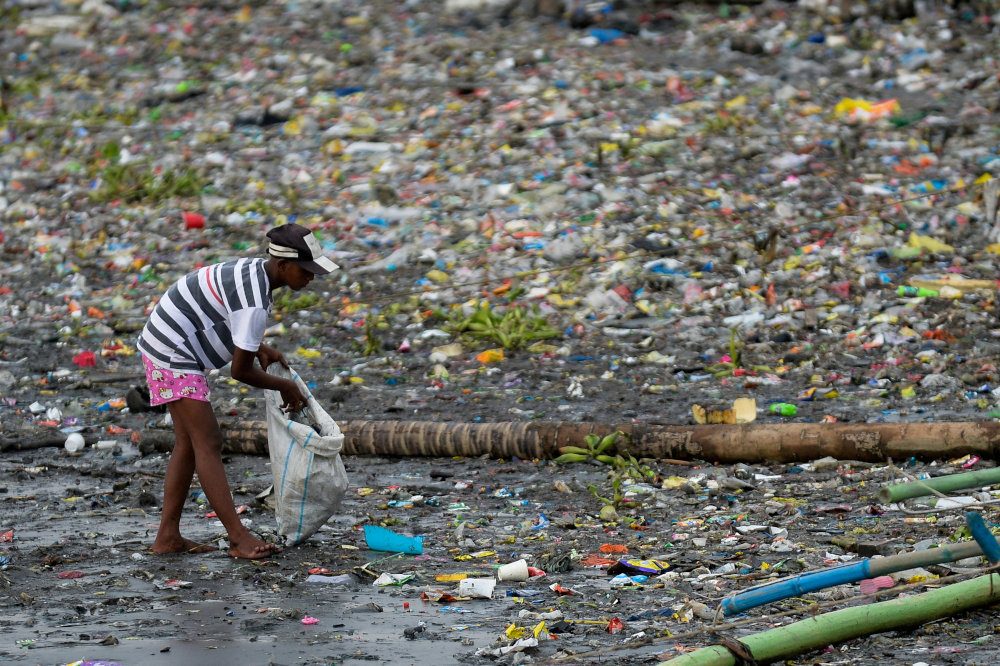 PLASTIC WASTE PICKUP. A woman picks up plastic cups along the riverbank of Pasig river, in Manila, Philippines, June 10, 2021.

LONDON, United Kingdom – Three in four people worldwide want single-use plastics to be banned as soon as possible, according to a poll released on Tuesday, February 22, as United Nations members prepare to begin talks on a global treaty to rein in soaring plastic pollution.

The percentage of people calling for bans is up from 71% since 2019, while those who said they favored products with less plastic packaging rose to 82% from 75%, according to the IPSOS poll of more than 20,000 people across 28 countries.

Activists say the results send a clear message to governments meeting in Nairobi this month to press ahead with an ambitious treaty to tackle plastic waste, a deal being touted as the most important environmental pact since the Paris Agreement on climate change in 2015.

“People worldwide have made their views clear,” said Marco Lambertini, WWF International’s director general. “The onus and opportunity is now on governments to adopt a global plastics treaty… so we can eliminate plastic pollution.”

Nearly 90% of those surveyed said they supported a treaty, but it remains to be seen whether any such deal will focus on waste collection and recycling or take more radical measures such as curbing production and use of throwaway plastics.

Reuters revealed last week that big oil and chemical industry groups were devising strategies to persuade conference participants to reject any deal that would limit production of plastic, which is made from oil and gas and a key source of their revenues.

If the United Nations cannot agree on a deal to put the brakes on plastic pollution, there will be widespread ecological damage over the coming decades, putting some marine species at risk of extinction and destroying sensitive ecosystems such as coral reefs and mangroves, according to a WWF study released this month.

It is likely to take at least two years to finalise any treaty. But whatever is agreed at the Nairobi conference from February 28 to March 2 will determine key elements of any deal.

The biggest support for single-use plastic bans in the poll came from the likes of Colombia, Mexico and India, developing countries at the sharp end of a waste crisis.

The IPSOS poll also showed that 85% of respondents globally want manufacturers and retailers to be held responsible for reducing, reusing and recycling plastic packaging, up from 80% previously. – Rappler.com