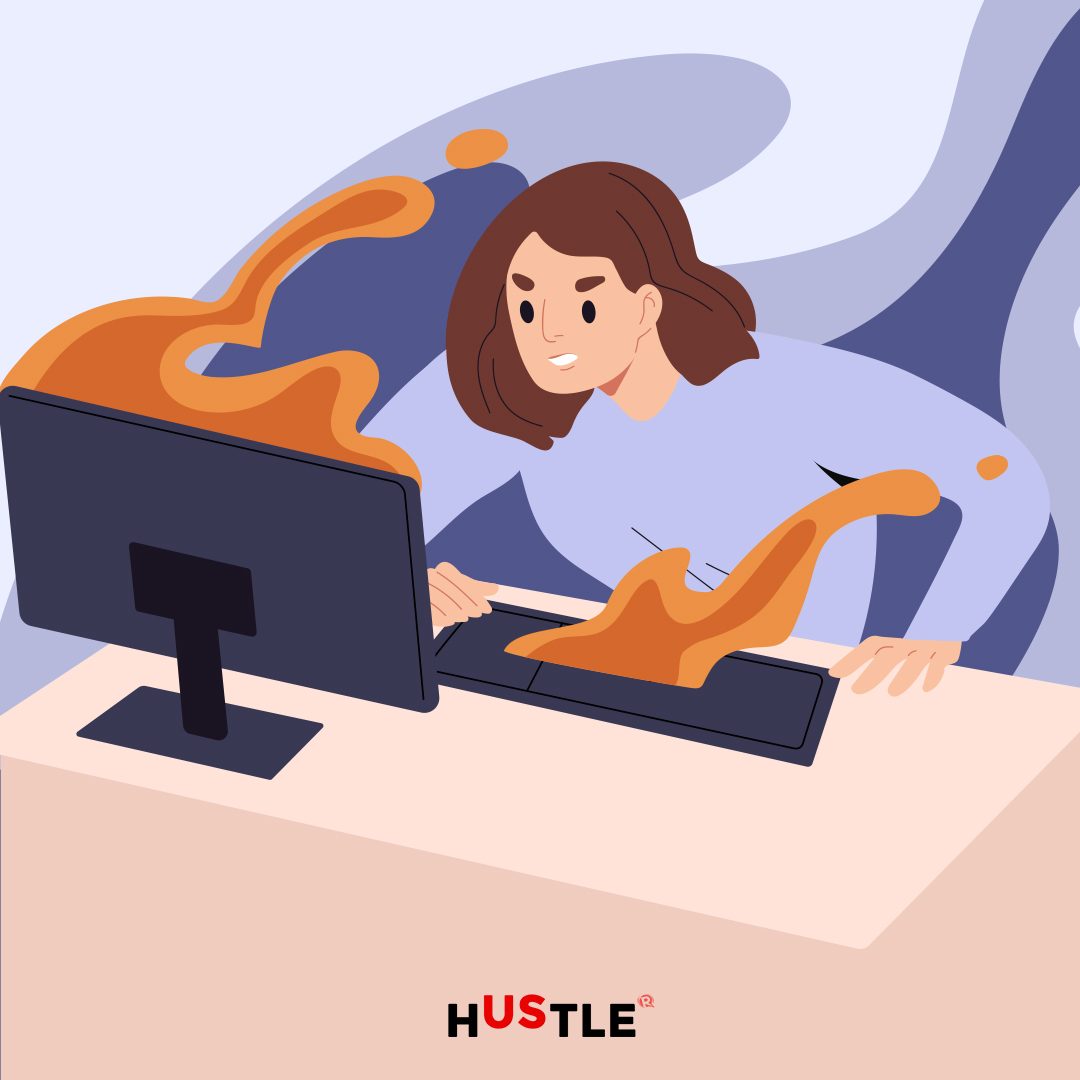 Most people use email frequently in their work, even more during lockdowns and with increased working from home. And all of us have heard tips for “netiquette” – those helpful hints for avoiding offense or miscommunication in the messages we send.

But here’s the thing. Offense is taken as well as given. Neither good intentions nor perfect email etiquette will necessarily avoid problems.

This is because email readers are often subject to what’s called “negative intensification bias.” They often read into messages negativity the sender didn’t intend, or they exaggerate even a hint of negativity.

Office workers spend about 2.5 hours a day reading, writing, and responding to emails. The vast majority report at least occasionally receiving emails they’d describe as offensive or disrespectful – in one study, 91% reported receiving such emails from their boss.

Given the volume of workplace emails, an occasional negative exchange is probably inevitable. However, certain features of email may make matters worse, increasing the likelihood of miscommunication and conflict escalation.

Emails also involve reduced “social presence” – the perception the other person is real and “there” in the interaction. Delayed feedback increases the chances of misunderstanding, and low social presence can lower inhibitions and encourage angry replies or “flaming.”

The risk of unintended meanings

Everyone who sends and receives emails at work knows the problems that can arise. A Google search will find hundreds of articles about how to avoid them. And there’s good reason for all that attention.

Workplace emails that people consider rude, insulting, or impolite create stress, detract from productivity and affect wellbeing – even outside the workplace.

Email etiquette advice includes minimizing “reply all” responses, being cautious with humor, assuming the message is not confidential, and asking a colleague to read a difficult message before sending.

All sensible, but it gives the mistaken impression that constructing tactful messages is all that’s needed. It ignores the fact that people receiving email messages are active processors of information who bring their own sensitivities and background knowledge to their interpretation of a message.

In our research, we asked 276 adults in New Zealand and Australia who used email regularly at work to provide an example of an email they had received that either conveyed or prompted negative emotion.

We asked them questions about the email and then asked objective observers to read the same messages. We found people who had received the emails directly rated the messages far more negatively than did the observers.

The difference was even greater when the participant’s organization had a climate in which negative communication was common and when the email sender was in a higher position of power.

This shows a negative intensification bias – that is, an inclination to “read in” more negativity than is apparent in the objective features of the message. It shows context and relationships can influence just how much negativity we perceive.

Some of the examples would be seen as negative by nearly everyone: “F*** you and your performance assessments!”

But many were outwardly civil and even polite: “We acknowledge that our request has a very short timeline and certainly appreciate that you are very busy.” Or, “Just wondering why no update has been received. No news is good news hopefully!”

In fact, a lack of overtly negative features in a message was a poor predictor of people’s negative perceptions.

Hyper-negative interpretations were most likely to come into play with ambiguous messages that could be interpreted in multiple ways.

Interestingly, people’s awareness of the need for email etiquette seems to raise their expectations of what is acceptable. The participants’ explanations for why an email was seen as negative often cited rules for appropriate email behavior.

Because as a society we have developed views of what’s acceptable, a hastily written or abbreviated message can be read as an intentional slight.

If organizations want to reduce the likelihood of conflict over email communication, training in writing effective emails needs to be matched with similar attention to receiving email messages and the likelihood of negative intensification bias.

It is impossible for even the most sensitive writer to anticipate all potential causes of offense. Communication training should aim to heighten awareness of the many opportunities for misinterpretation in email and the tendency of receivers to read unintended negativity.

Acknowledging the role of power dynamics and the general climate in an organization will also help. Demonstrating how internal tensions can be perceived in something as seemingly “innocent” as a brief email can also help improve workplace relationships in general. – The Conversation | Rappler.com

Theodore “Ted” E. Zorn is a professor of organizational communication at Massey University.