#AlDub: 7 Lessons from the success of the ‘global phenomenon’ 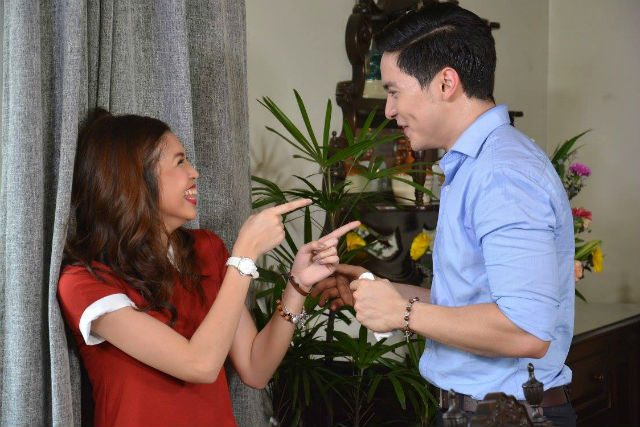 MANILA, Philippines – If you’ve been online over the past couple of months, you’ll know that the AlDub tandem has taken social media by storm, garnering millions of tweets for their hashtags.

The tandem has gotten so popular, that even celebrities are posting their versions of the now-famous “pabebe wave.” (READ: #AlDub: 10 celebrity fans)

With all the buzz around AlDub worldwide, Rappler’s Maria Ressa spoke to Rishi on October 13 for a closer look at the phenomenon and what it could mean for the Philippines, the world, and anyone curious about the impact of social media in a changing landscape.

Here are a some things we learned from AlDub and the resulting Rappler talk:

1. Pay attention to your audience

Rishi pointed out that it wasn’t just the audiences expressing themselves and connecting with each other online – Eat Bulaga also pays attention to what their fans are saying.

Yaya Dub (Maine Mendoza) and Alden’s romance might have been an accident, but the producers played off of the audience’s reaction and built it up to what it is today.

“They’re (the producers) actually listening to the tweets and making decisions about the plot, and format, and all that, informed by the tweets. So in many ways, Maria, it’s a powerful example of Twitter and TV, Twitter and media,” he said.

This kind of communication wasn’t around years ago, and producers are taking advantage of it today. “What Twitter gave them was a view into the audience, that before Twitter, they never could’ve had,” said Rishi, who shared that he’s had producers around the world tell him that they had to hire people to make them apps that did what Twitter is doing today.

“I think what they’ve observed with Twitter is validation, right?” Rishi continued. “Your (the audience’s) tweets around the world are validating that their story line is resonating and I think that’s been helpful for them to keep going, keep this story line going.”

2. The AlDub phenomenon is real

With #AlDubEBforLove surpassing the number of tweets for the 2015 MTV Video Music Awards, it’s hard to believe that a 30-minute segment on an afternoon variety show could get so much attention. To give you an idea: this year’s VMAs featured Miley Cyrus’ several outrageous outfit changes, Taylor Swift and Nicki Minaj burying the hatchet following their misunderstanding on Twitter, and Kanye West announcing that he’s running for president in 2020.

According to Rishi, those at Twitter had their doubts too, and after some checking, they can confirm that AlDub’s popularity is a 100% real. “This is such a global phenomenon, as I said, that we had to look internally to make sure that these tweet volumes were in fact authentic,” said Rishi. “But this is real, this is not a sideshow, this is real media being creative.”

3. Lean into the conversation

Using social media to interact with audiences isn’t limited to those in media. Rishi said that whether you’re a politician, government agency, or brand, it’s important to “lean into the conversation” – use AlDub and other topics like it, to start a conversation.

“Become human, Twitter is about personality, and the brands of the future that win are the brands that personify,” Rishi added.

Being a part of this real-time conversation means adjusting to sudden changes in plans. As a business owner, government office, or producer, you might have the next few months planned out, but you don’t really know where your audience will lead you.

“There’s all kinds of lessons [in AlDub] about ways in which to be spontaneous and serendipitous. Embrace serendipity in the context of how you tell your story,” advised Rishi.

It’s because of this that AlDub tells us a lot about what Filipinos are like. According to Rishi, he’s heard that Filipinos have a “very romantic culture, a culture that’s very emotional, and certainly a culture that enjoys these kinds of live experiences, particularly between noon and 2:30 while we’re eating lunch.”

From a social media standpoint, AlDub’s popularity also tells us that Twitter is “vibrant in the Philippines,” and that the country is one of Twitter’s biggest markets.

6. Social media is like a nationwide – even worldwide – survey

For those of us wanting to get real opinions and fast, Twitter definitely trumps a plain old survey. Rishi called Twitter the “world’s town square” where people come to listen, interact, and broadcast big messages.

“What we tell government officials is that Twitter is your country’s biggest focus group, all the data’s public. And so before you even tweet, the opportunity to listen – and if you’re a citizen to listen in to the conversation.”

Rishi predicted that the upcoming 2016 presidential elections will be a “Twitter election.”

“I don’t know what the future holds, I’m not an expert on politics here but I do suspect – I am hearing this is a big election – and our role is going to be making sure that our tools and their value is clear in the market whether you’re a news organization or a candidate,” Rishi said.

7. Social media can be used for good

With better communication between audiences and those in power, Twitter – and social media – is a great tool for change.

Rishi pointed out that for the Philippines, a country that’s prone to natural disasters, there’s a lot that Twitter can contribute to socio-economic development. It also “lowers the barrier to entry,” so it’s much easier for entrepreneurs to enter markets and play around with the data that Twitter gives them.

“I think with a country like the Philippines that is so cosmopolitan – you know, that has seen so much attention around the world, I can’t travel around and not see ads from Philippine tourism telling me about the Philippines – I think there’s real opportunity to embrace technology… not only as a driver of efficiency and development, but of creativity.”

The AlDub saga, which follows Yaya Dub and Alden’s romance under the close watch of Yaya’s Lola Nidora, is only a few months old, and is still going strong.

With more episodes and relationship milestones to come, who knows what else we might learn – and what other records it could break. As Rishi said, AlDub is “just getting started.” – Rappler.com