How’s your heart this Christmas?

Dec 16, 2015 3:01 PM PHT
Rappler.com
Facebook Twitter Copy URL
Copied
Doctors’ group warns: More people suffer heart attack, stroke at Christmastime – and they are more likely to die at this time than at any other time of the year 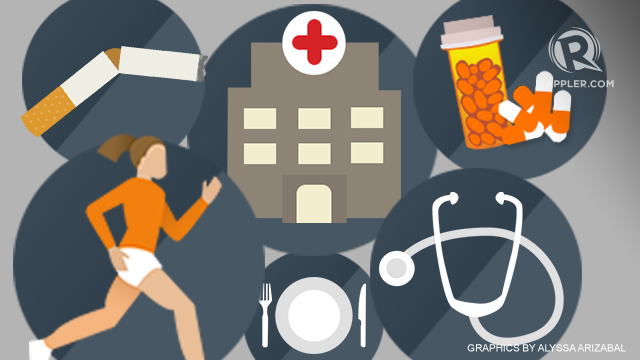 MANILA, Philippines – What a song calls “the most wonderful time of the year” is also when “more people suffer heart attack and stroke,” a doctors’ group warned.

“Worse, sufferers are more likely to die then than [at] any other time of the year,” the Philippine College of Physicians (PCP) Foundation said in an advisory on Monday, December 14. “The phenomenon is called Merry Christmas Coronary, Happy New Year Heart Attack.”

PCP Foundation identified 4 factors that contribute to the increase in cardiovascular cases during the holidays:

While some get fortunate that their abnormal heart rhythm becomes stable in 24 hours, “others would require admission for monitoring and, in extreme cases, electric shock to normalize heart rates,” Leachon said. “It’s certainly not a fun way to spend the holidays.”

Leachon, a cardiologist at the Manila Doctors Hospital, cited a survey of hospitals in the National Capital Region, which showed that from 2004 to 2008 emergencies and admissions tripled during the holidays. The cases involved heart attack, stroke, and diabetes triggered by overeating and too much drinking.

“Half of the holiday patients expired,” he said.

To help revellers avoid heart diseases and stroke during the holidays, the PCP Foundation has these health tips: 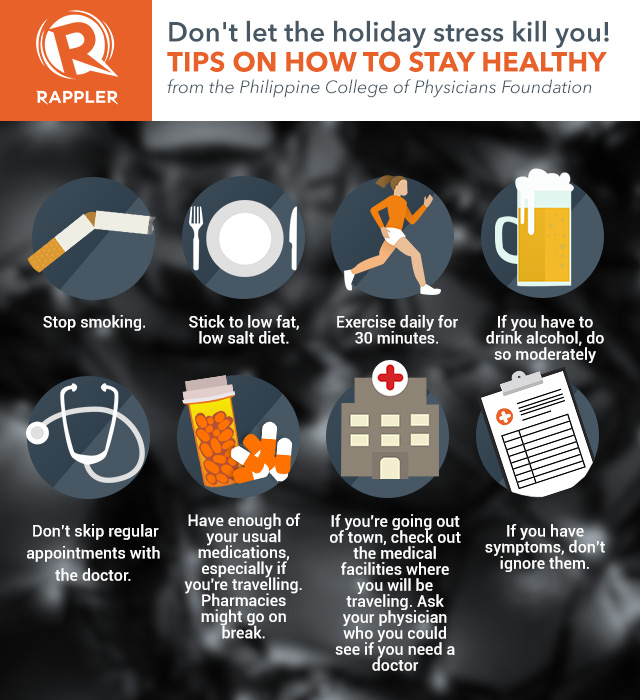 Remember that the Philippines’ situation seems to be worse, the doctors’ group said.

The Journal of the American Heart Association published in December 2004 a study that charted 53 million deaths in the United States over a 26-year period, from 1973 to 2001.

“It revealed a 5% jump in natural-cause demise during the holidays. Christmas Day was the deadliest, followed by December 26, then January 1,” the PCP Foundation advisory said.

Another study, by cardiologist James Jollis at Duke University, showed that among 127,959 patients hospitalized for heart attack between 1994 and 1996, “the 30-day mortality of patients in December [was] higher.” The culprit? “Over-indulgence.”

“All three studies by Phillips, Jollis, and Kloner exhibit annual 5% rises in heart attacks and strokes – and deaths – during Christmas,” the PCP Foundation said. – MAG/Rappler.com