IN PHOTOS: Inside the powerful EDSA 30 experiential museum 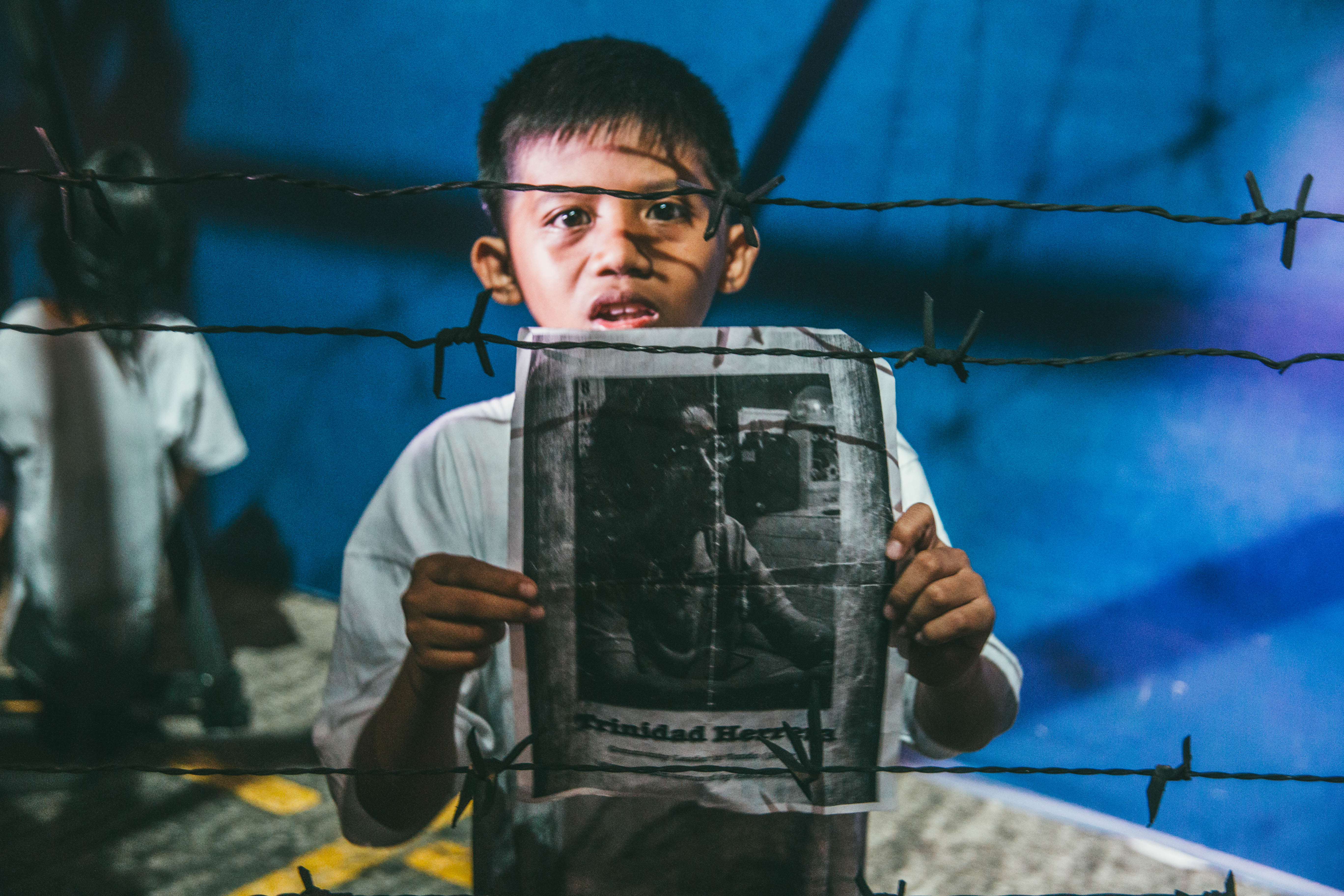 MANILA, Philippines – “Never again.” I’ve seen this phrase plastered all over my Facebook feed – two simple words, yet stark in meaning. “Never again” to “one of the darkest chapters” in Philippine history: the Marcos dictatorship, with its iron-fisted rule and wanton curtailment of rights.

Some of my former professors and the more vocal ones among my peers have posted about harrowing tales from the regime, and the martyred individuals who dared to make a stand against it such as Edgar Jopson (aka EdJop), Emmanuel Lacaba, and Evelio Javier – names I’ve also encountered while studying in university.

Even with the “imperfect democracy” we have, the 1986 EDSA Revolution, which toppled the dictatorship, was still the awakening from a nightmare for those who lived through those dark years.

In the same Internet space, however, I’ve seen some young people write things along the lines of “Buti pa noong panahong iyon, alam namin, may ganito at may ganyan (The old times were better, we know there was this and that)” – even if they were born after 1986, far removed from the dark episodes of the Marcos years. (READ: #NeverAgain: Martial Law stories young people need to hear) 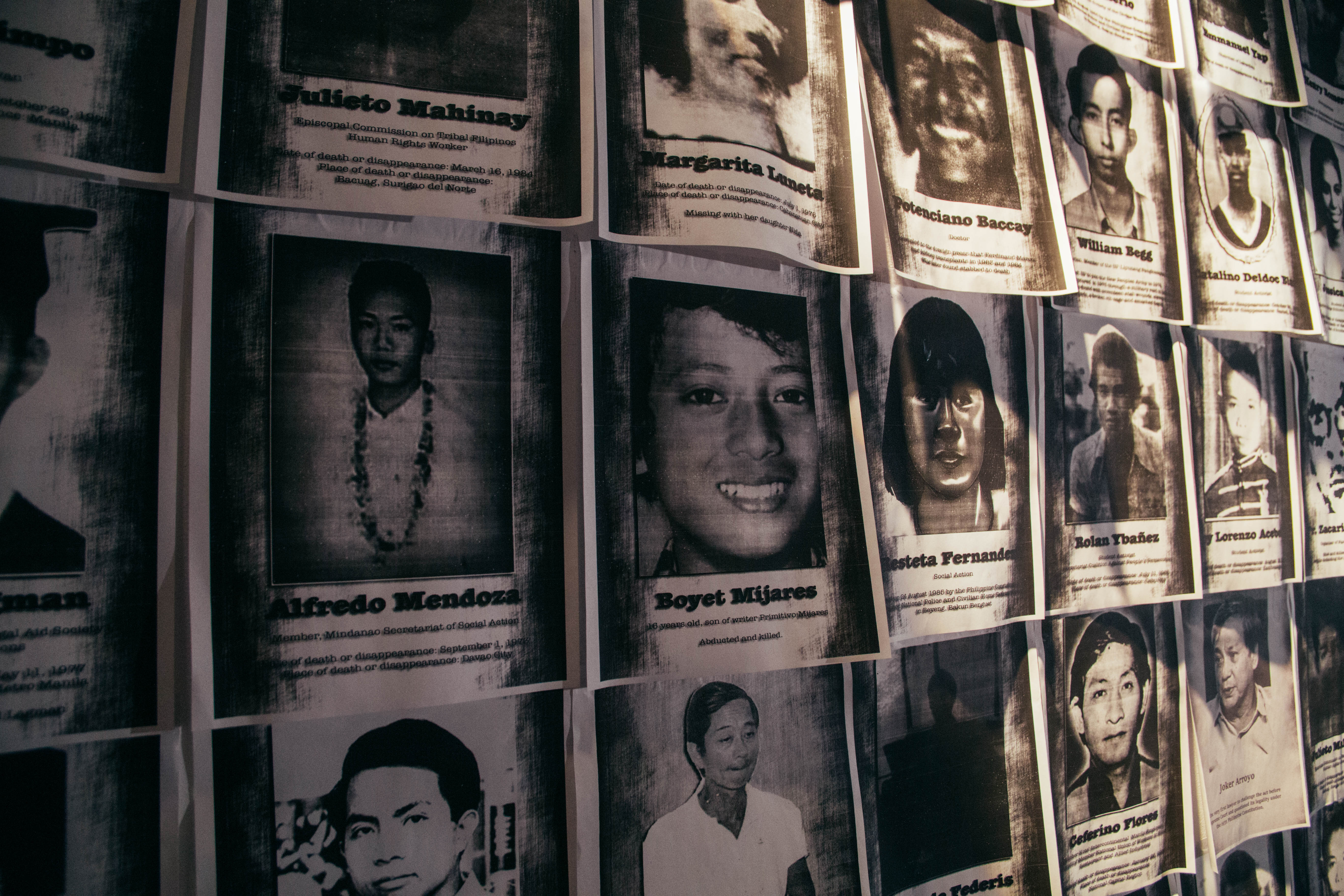 In a Rappler think piece, sociologist Jayeel Serrano Cornelio called this “nostalgia for an imaginary glorious past.” I find this alarming – and urgent, especially in light of the coming elections and its players. (READ: Youth told: Don’t forget why EDSA happened)

It has been 30 years since the EDSA Revolution, and there is now the danger of forgetting the stories of those put behind bars for their ideas, words, and deeds – and especially those who died for these.

Letting their stories and names fade into the pages of history books is an insult to their memories. But taking advantage of the collective amnesia and whitewashing those dark times is an even greater evil. 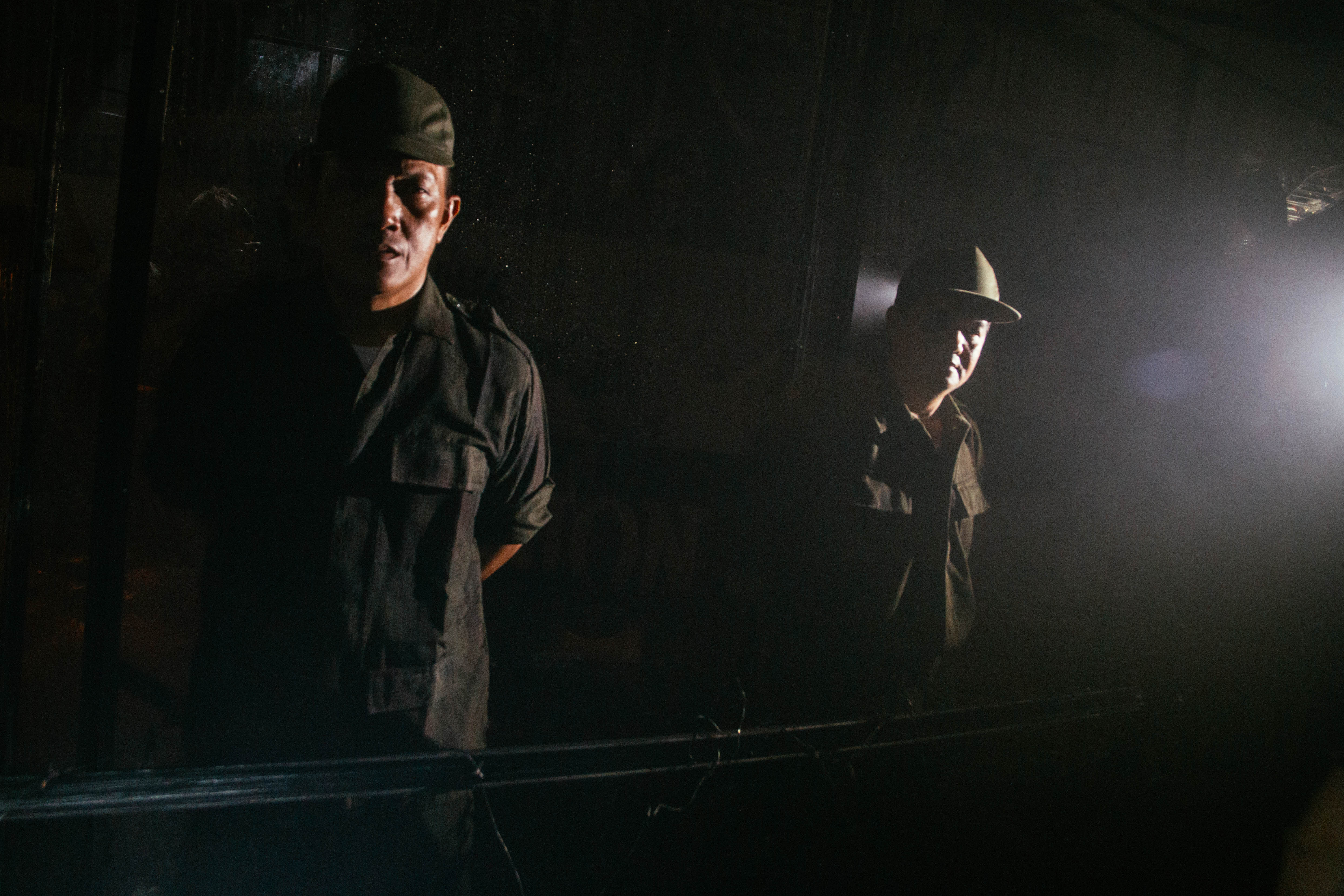 The EDSA 30 experiential museum seeks to do something about this. Dubbed “Biyahe Tungo sa Liwanag” (Journey Towards Light), it conveys stories through an immersive and interactive experience and makes use of the visual and performing arts. (WATCH: The People Power Experiential Museum)

The experiential museum will be open to the public at the Camp Aguinaldo Grandstand and Parade Grounds from February 25 to 26. It will take you through various “halls,” each depicting a different facet of the saga leading up to the EDSA Revolution.

Take note of the schedule:

Here’s what we saw:

The Hall of Restless Sleep 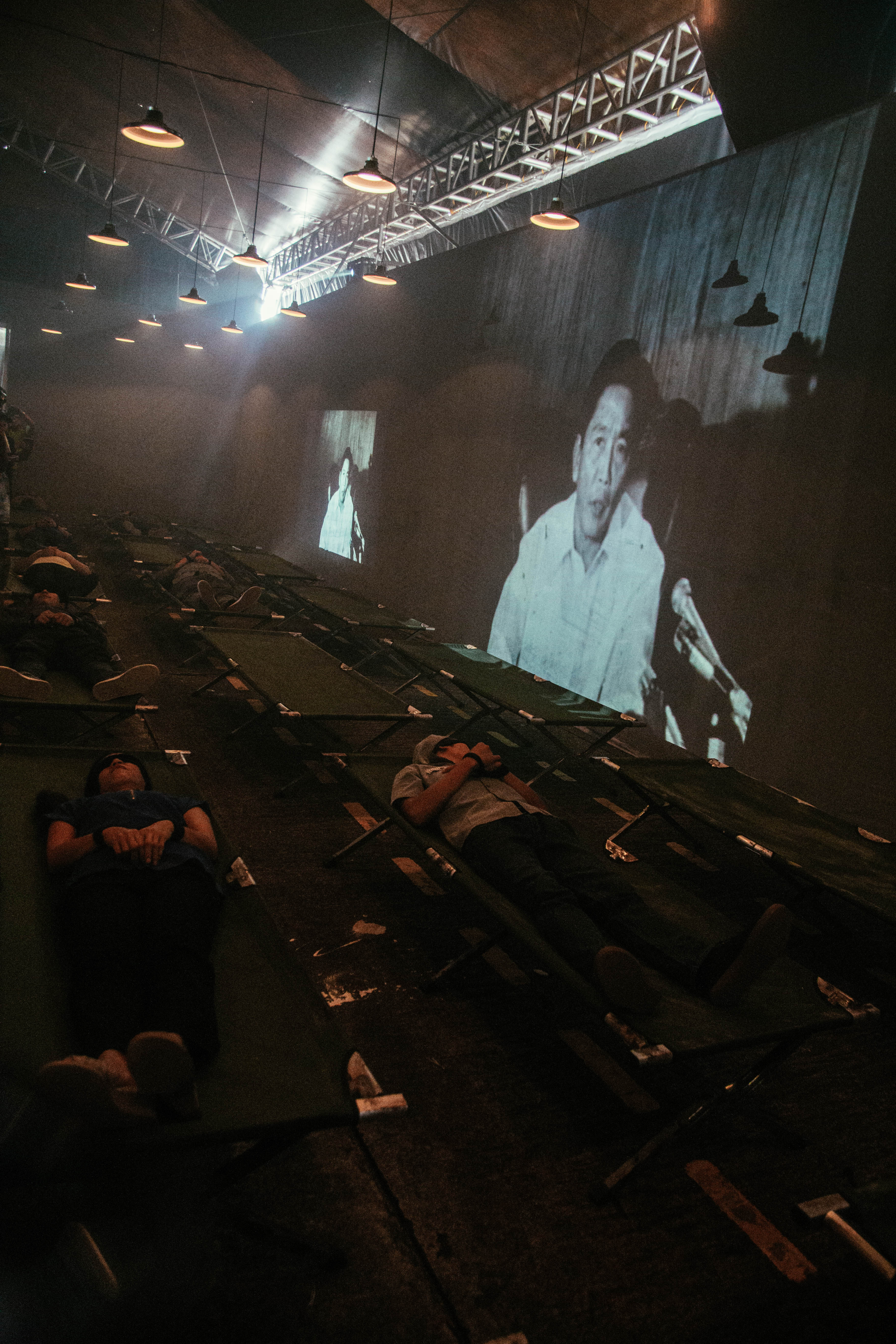 Industrial pendant lights ominously illuminate the the barracks-like setting. Blindfolded young people lie down on stretchers all over the hall, as if in a deep slumber.

The Hall of False Dreams 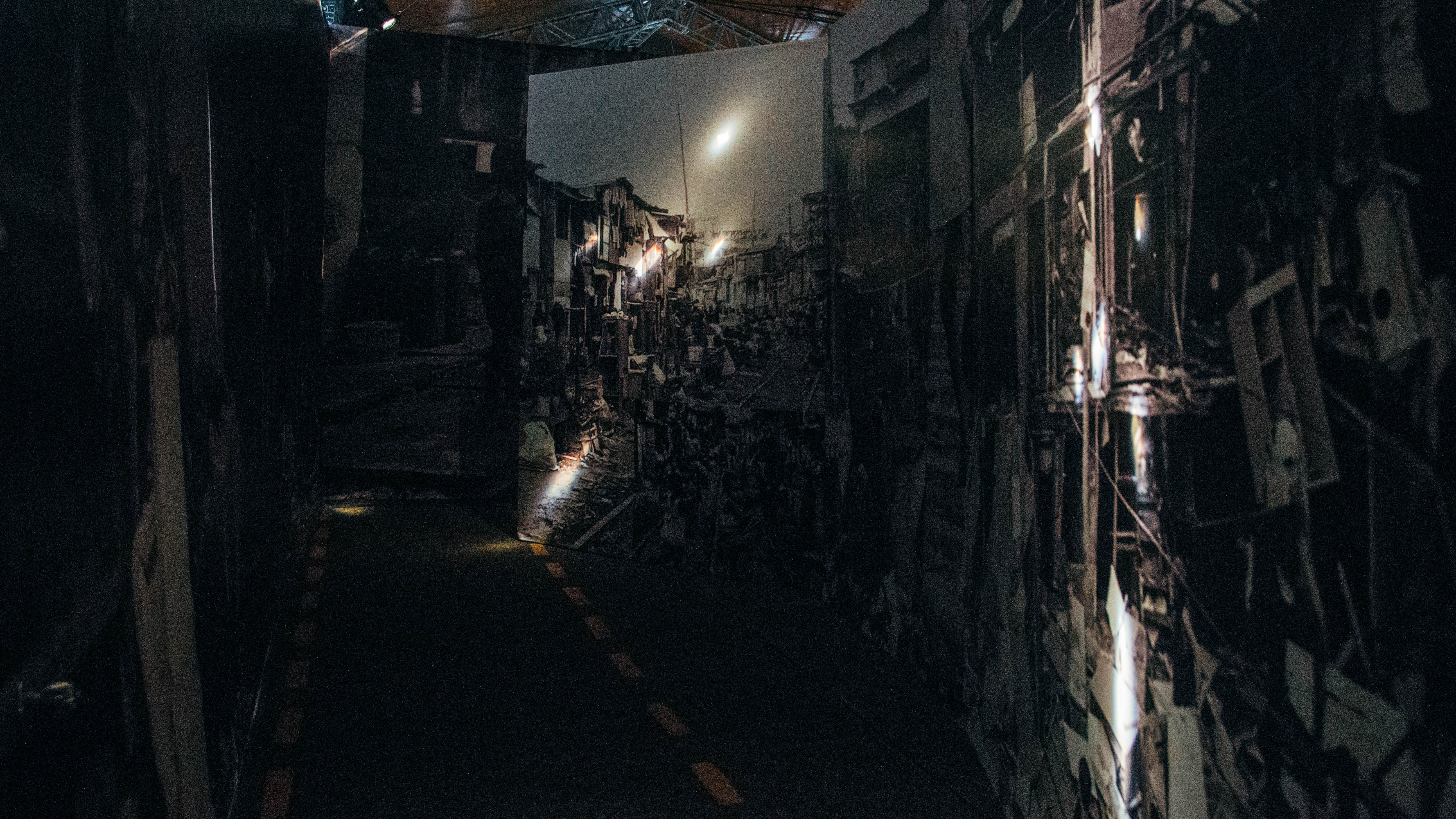 Slivers of light pierce the darkness, and I can see huge photographs of poverty during the martial law era plastered on the walls. Suddenly, “Dahil sa Iyo” (Because of You), one of Imelda Marcos’ favorite songs, plays like a salsa in the background.

There are several peepholes, and when I peek through one, I see a scene of opulence – reminiscent of the parties Mrs Marcos used to throw (at least, like those I’ve seen in documentaries).

The Hall of Opulence pic.twitter.com/OGQmkg0hz4

These are two different worlds: the oligarchs are dancing and sipping champagne – blissfully unaware of the reality outside, where millions live in squalor and suffer from hunger.

The Hall of Orphans 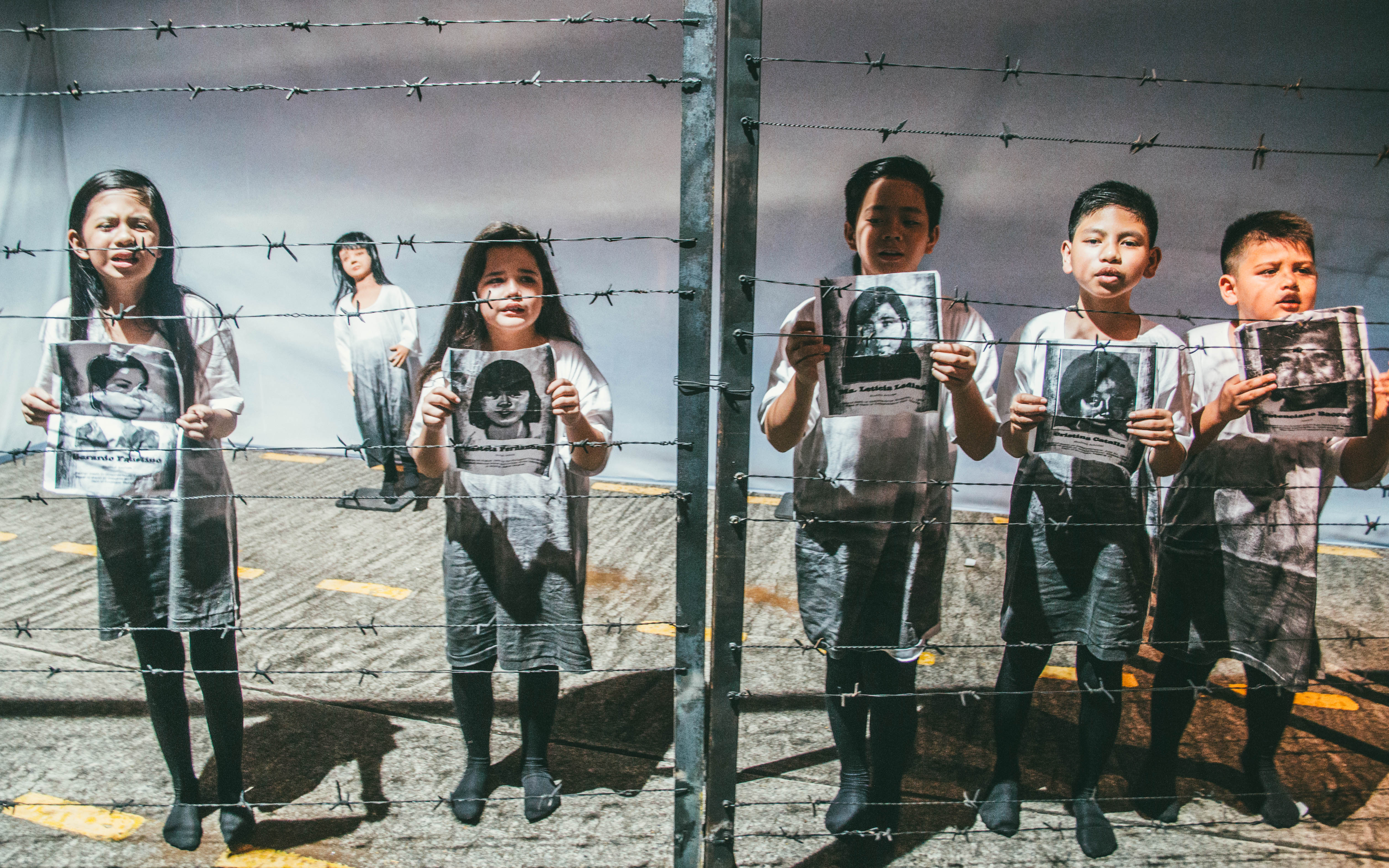 There are children in white but grimy clothes. They’re behind barbed wire fences, and hold flyers with pictures of adults who have “forcibly disappeared” – the desaparecidos.

They’re orphans now, and with a distressing cacophony of cries, they ask where their parents are. This is clearly innocence lost.

Before you go to the next hall, you enter a “breather room” where you can view photos of martial law victims – from political detainees to the desaparecidos. In the center, there is a vintage television set playing a Marcos propaganda video and clips of the Marcos children at a party – the same ones who are seated in power today. 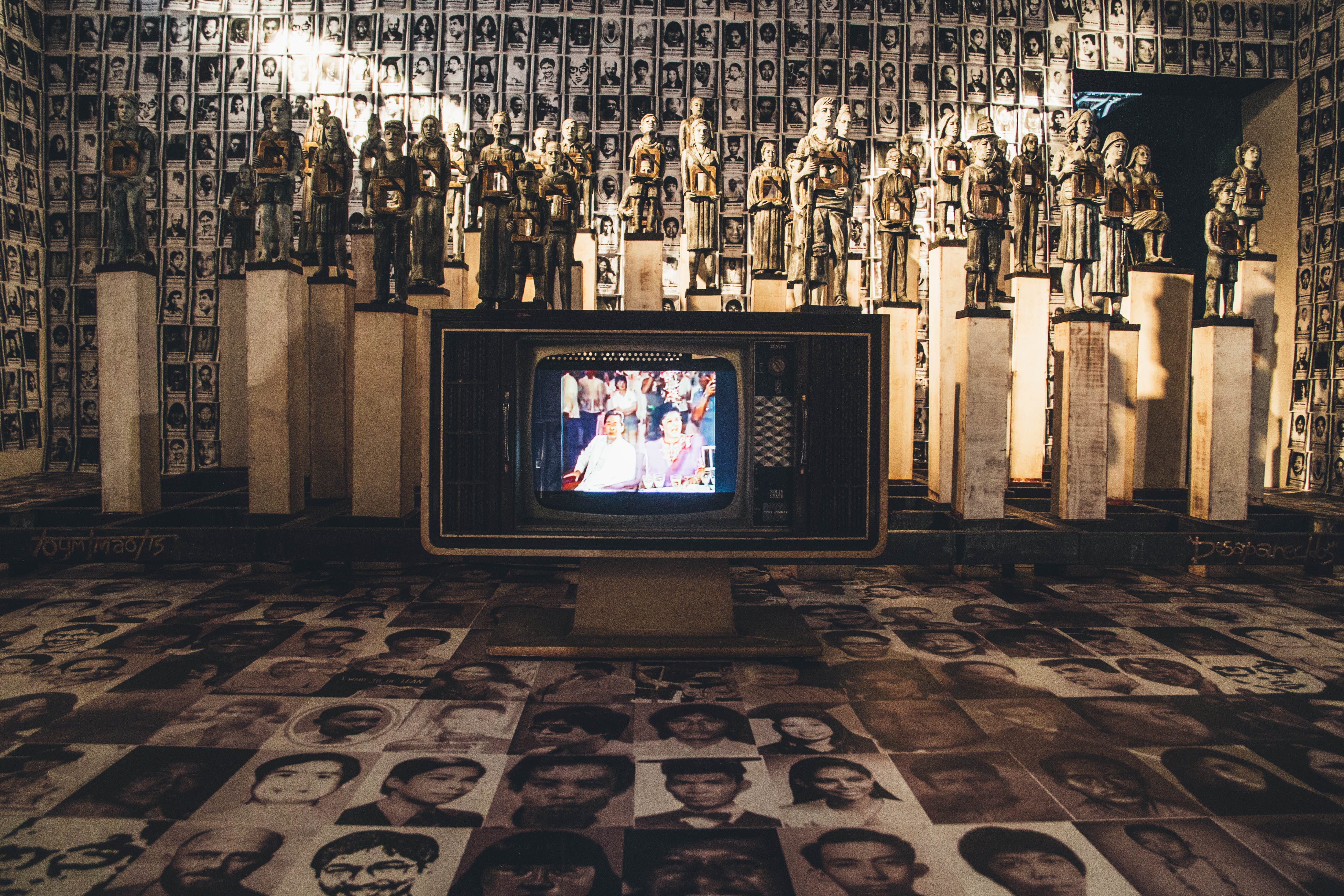 Maze: The Hall of the Lost 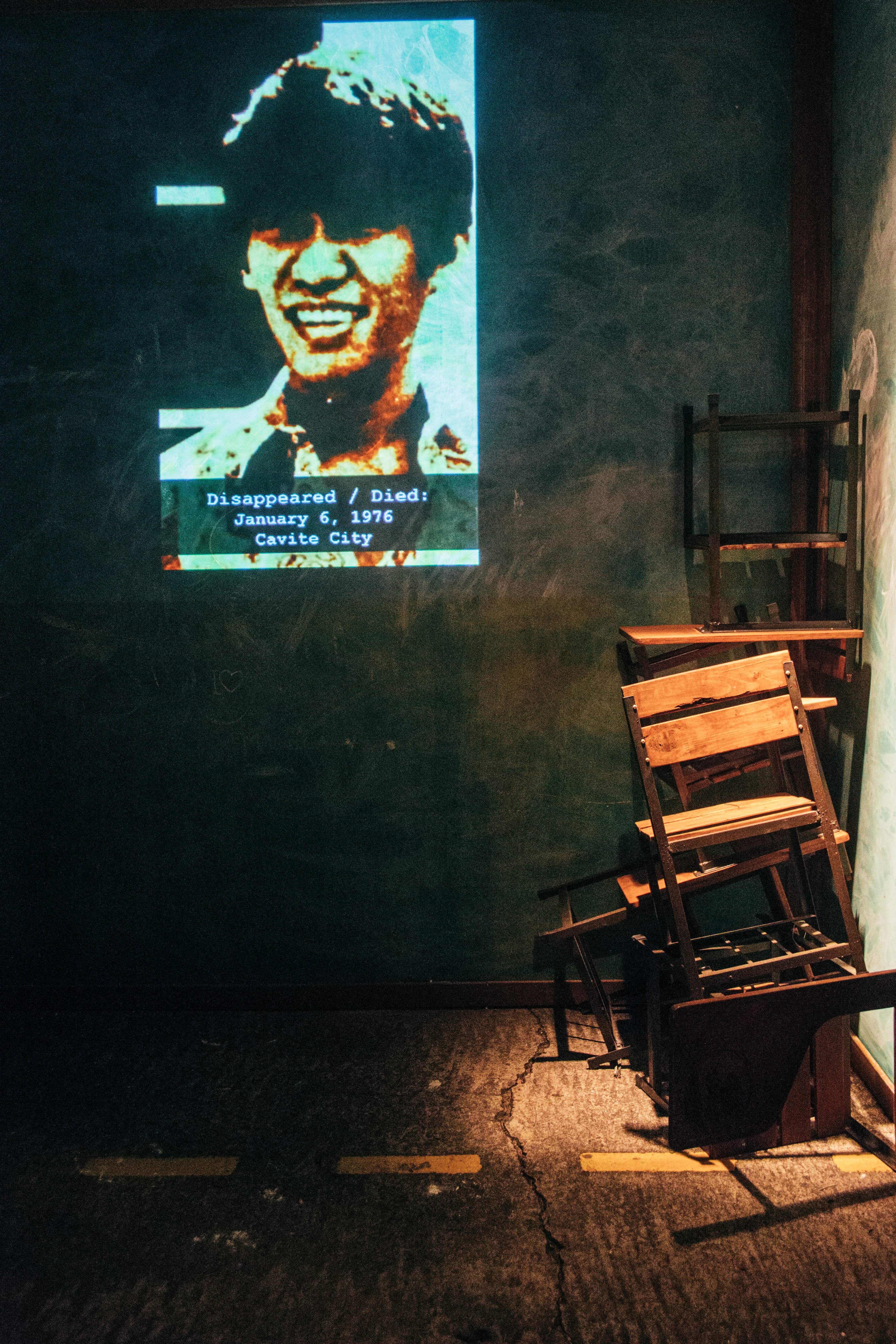 I enter a labyrinth where the walls are blackboards, and the lessons scribbled on them have long been erased. School chairs are stacked in the corners.

I try to find my way out, but as I stop at dead ends, I encounter the names and photographs of the desaparecidos flickering on the walls. Like them, I am lost.

The Hall of Pain 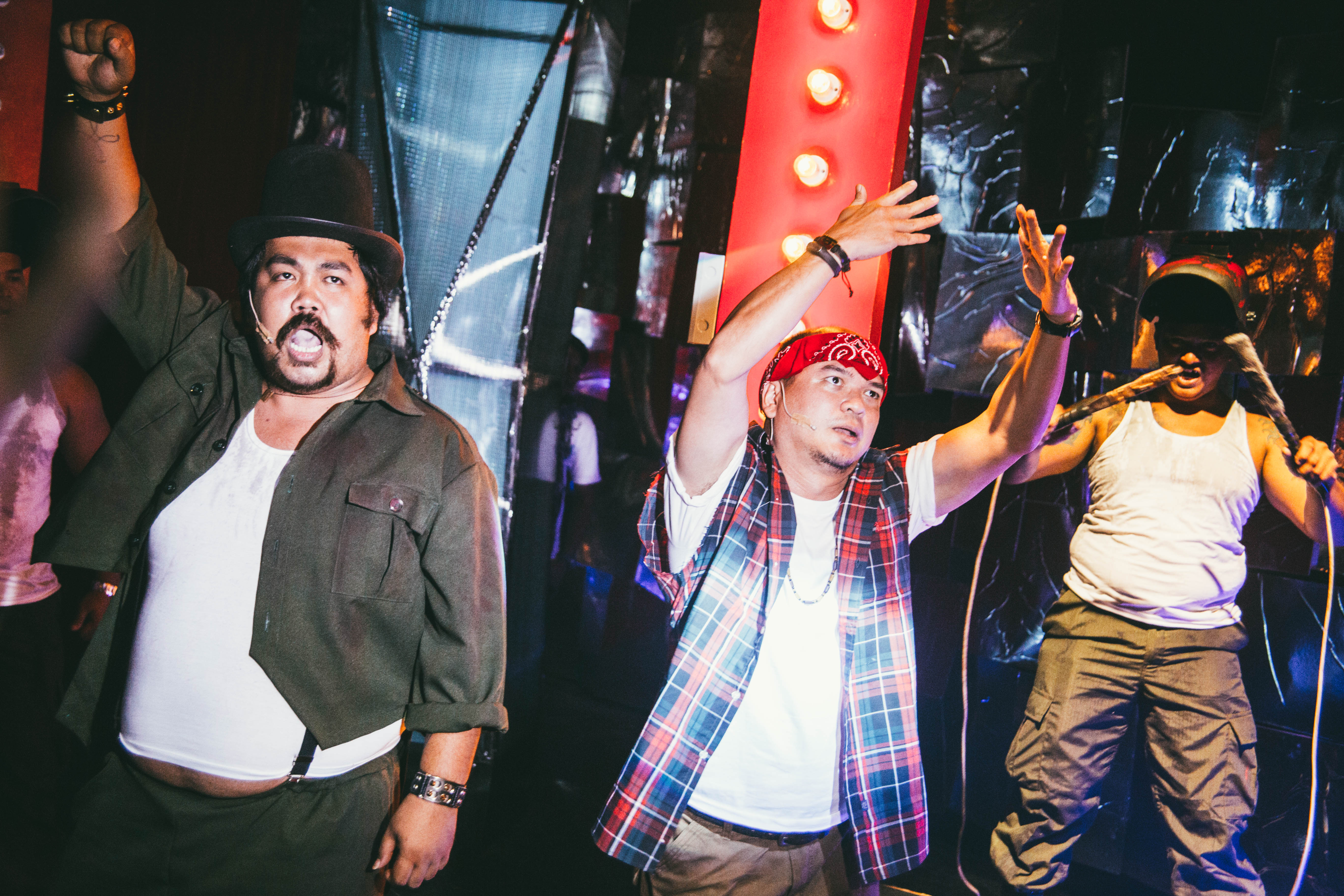 In a darkly comedic turn, a game master introduces you to the way the dictator’s henchmen forced the “truth” out of those who dared stand against him.

A daredevil character, Big Boy Balawis (Lawless), goes through the horrendous torture methods as if he were just in a game show: cigarette burns, electric shock, and the infamous San Juanico Bridge. His tormentors laugh heartily, probably just like those from the martial law years. (READ: Worse than death: Torture methods during martial law)

The Hall of Forgotten Martyrs 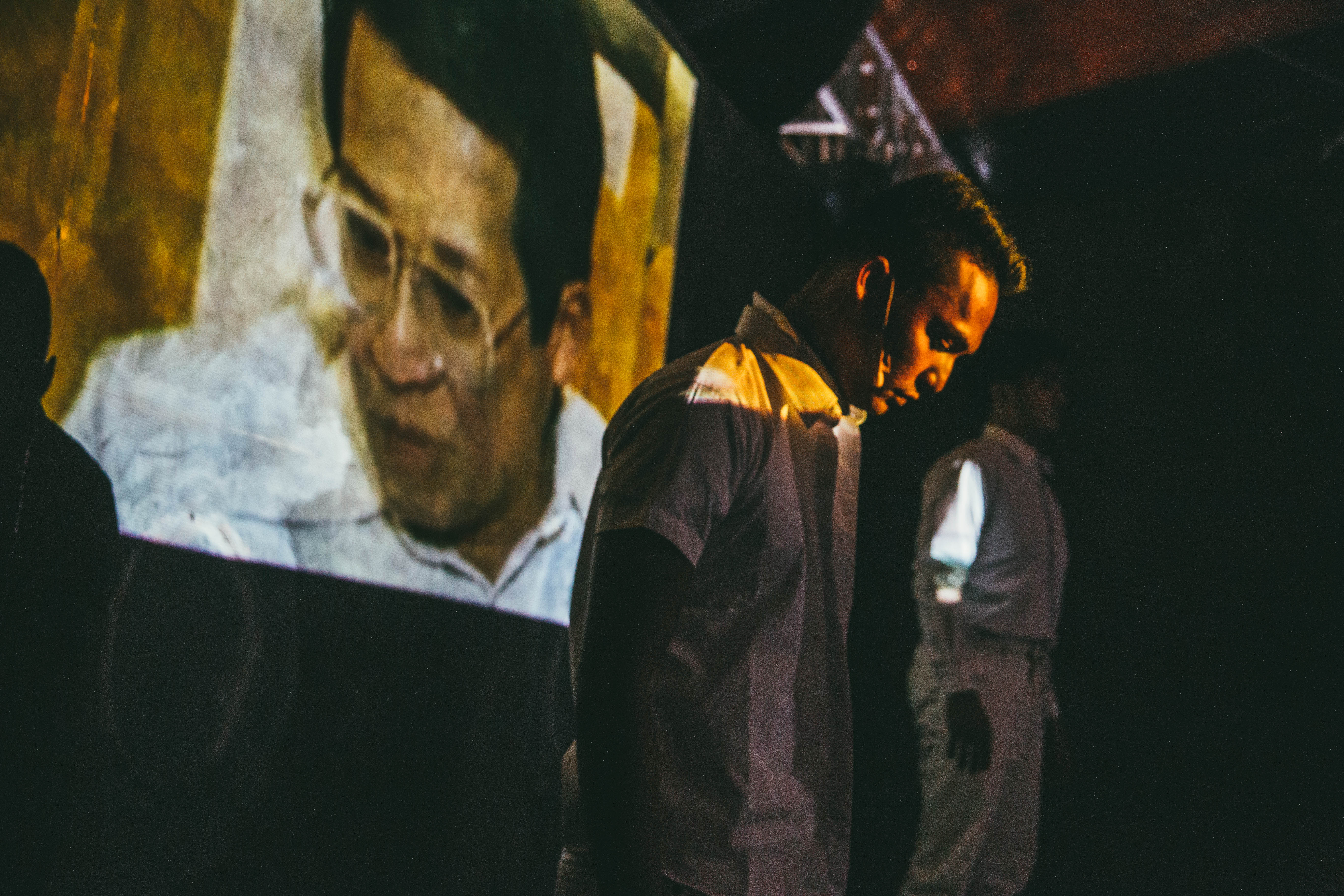 In this hall, 4 actors portray people from different walks of life, and tell the stories of how they fought against the Marcos regime.

There is Edgar Jopson, the once bright-eyed Atenean and National Union of Students president, who joined the communist guerillas. 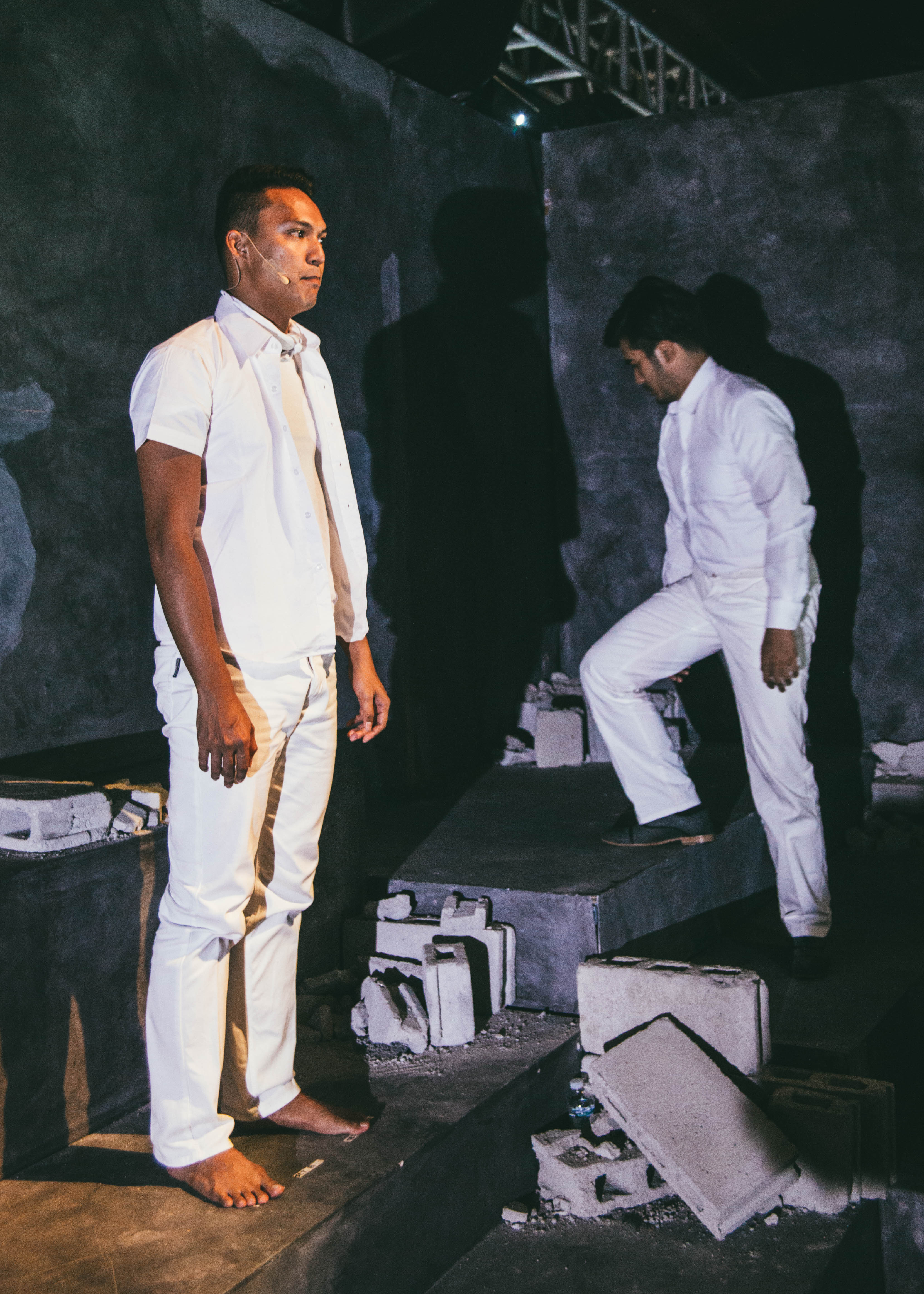 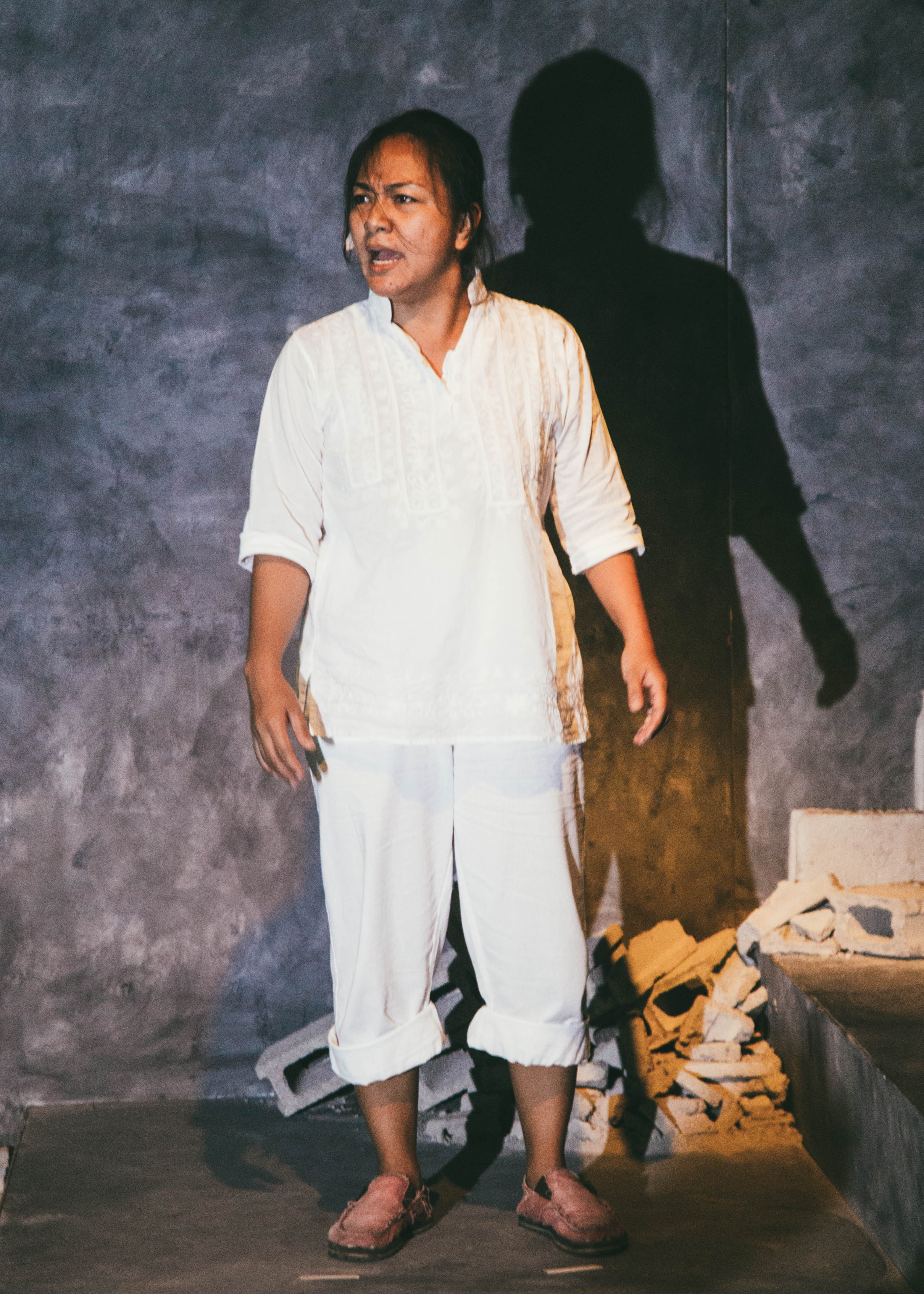 Macli-ing Dulag represents the Kalinga people’s struggle against the plan to build the Chico Dam in their ancestral land. 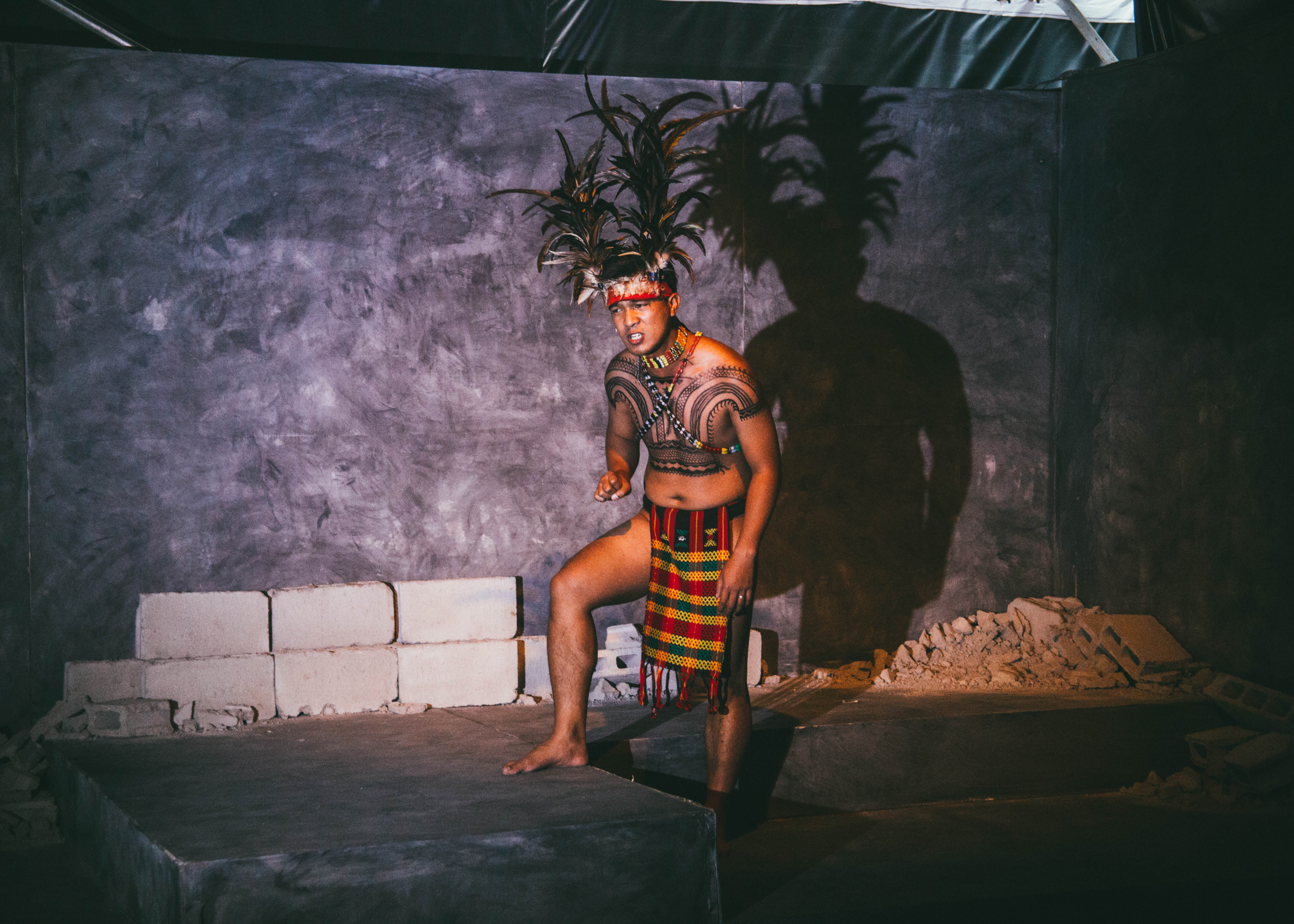 Evelio Javier, the slain governor of Antique, stands for the men in power who stood up to Malacañang’s tyranny. 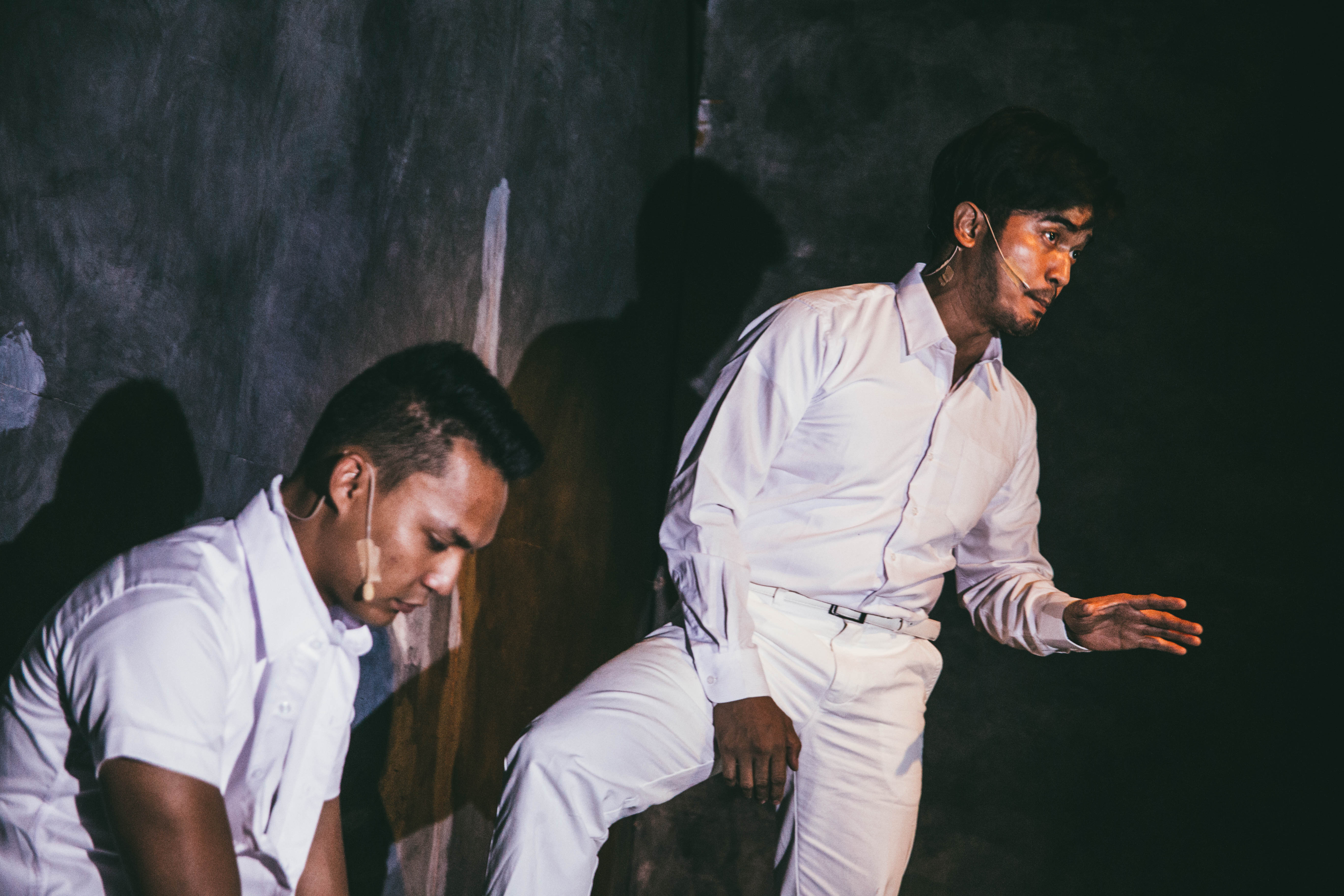 The Hall of Awakening 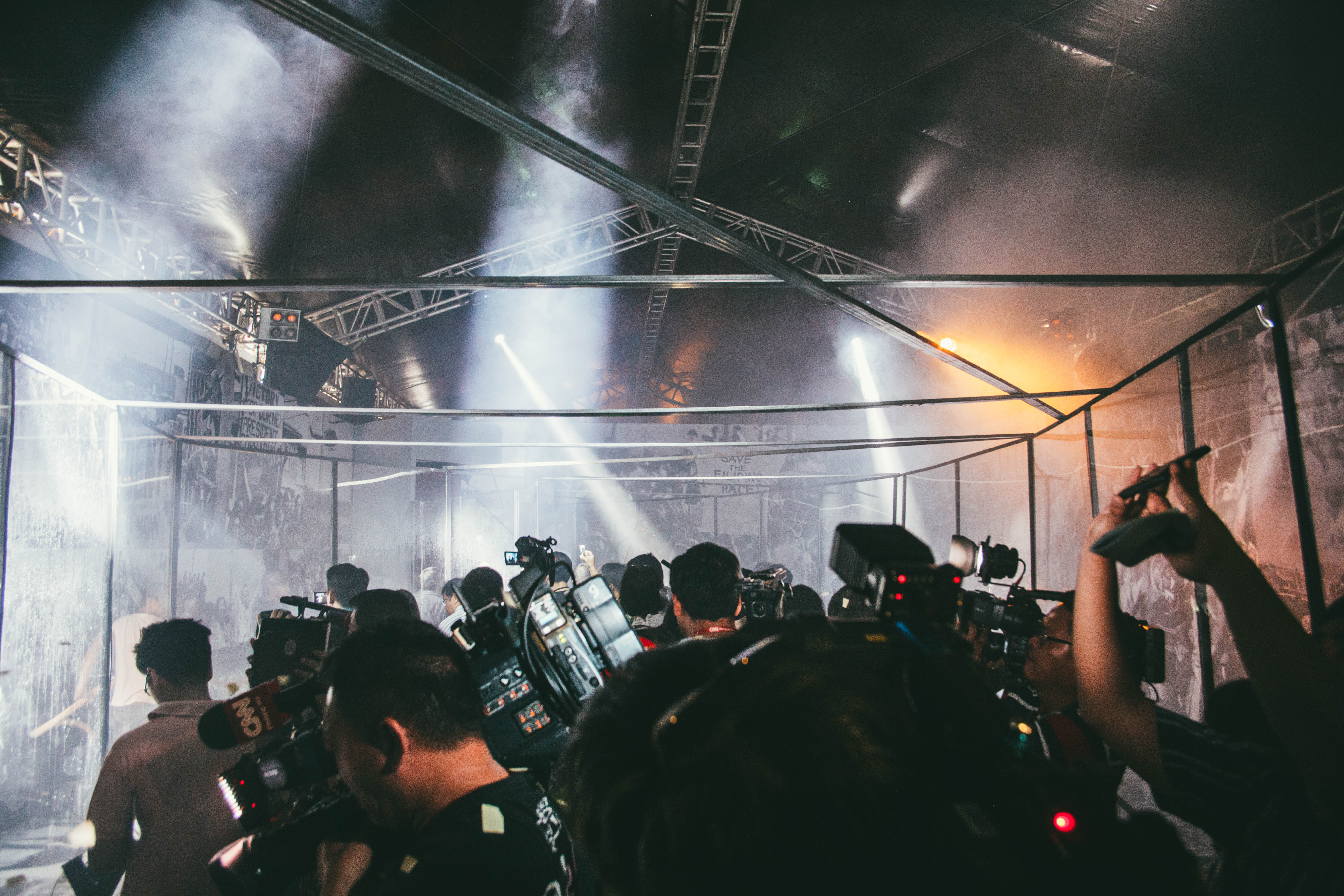 Sparked by the assassination of Ninoy Aquino, the 1986 EDSA Revolution represented the hope of democracy’s return, so the Hall of Awakening is brightly lit.

Shouts of “Tama na! Sobra na! Palitan na! (Enough! Too much! Change [the government]!)” as well as the song “Bayan Ko” (My Country) are heard.

The Hall of Awakening pic.twitter.com/YwtCW7QLkZ

On the walls, you see scenes of the protests on the historic thoroughfare: people giving flowers to the soldiers, nuns clasping rosaries, and more. Yellow confetti and water cannons (there’s a glass barrier, don’t worry) make it an even more vivid experience.

As a sort of continuation of the Hall of Awakening, the next room has an actual tank from the People Power Revolution itself and visitors can take photos with it. 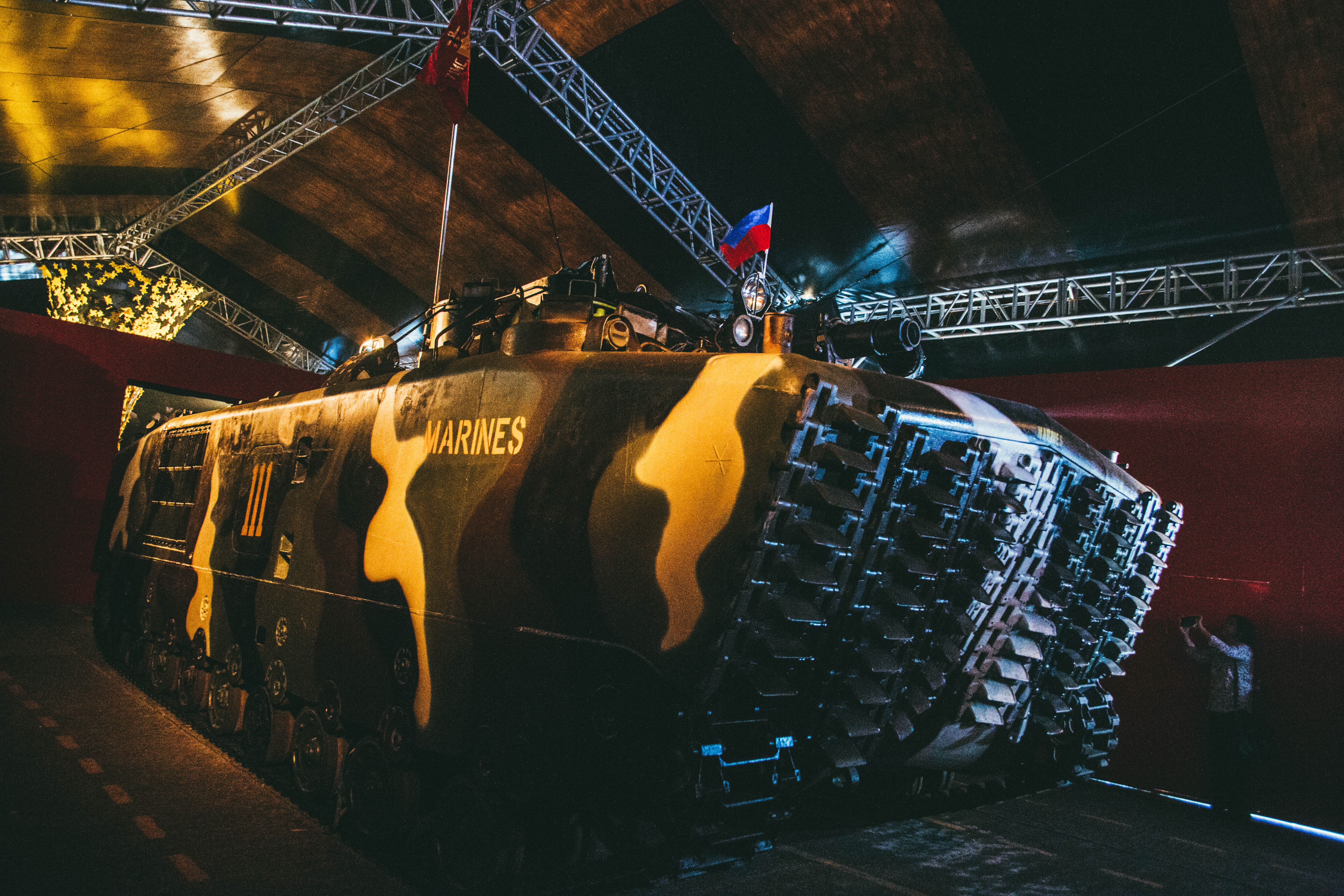 The Hall of Reality 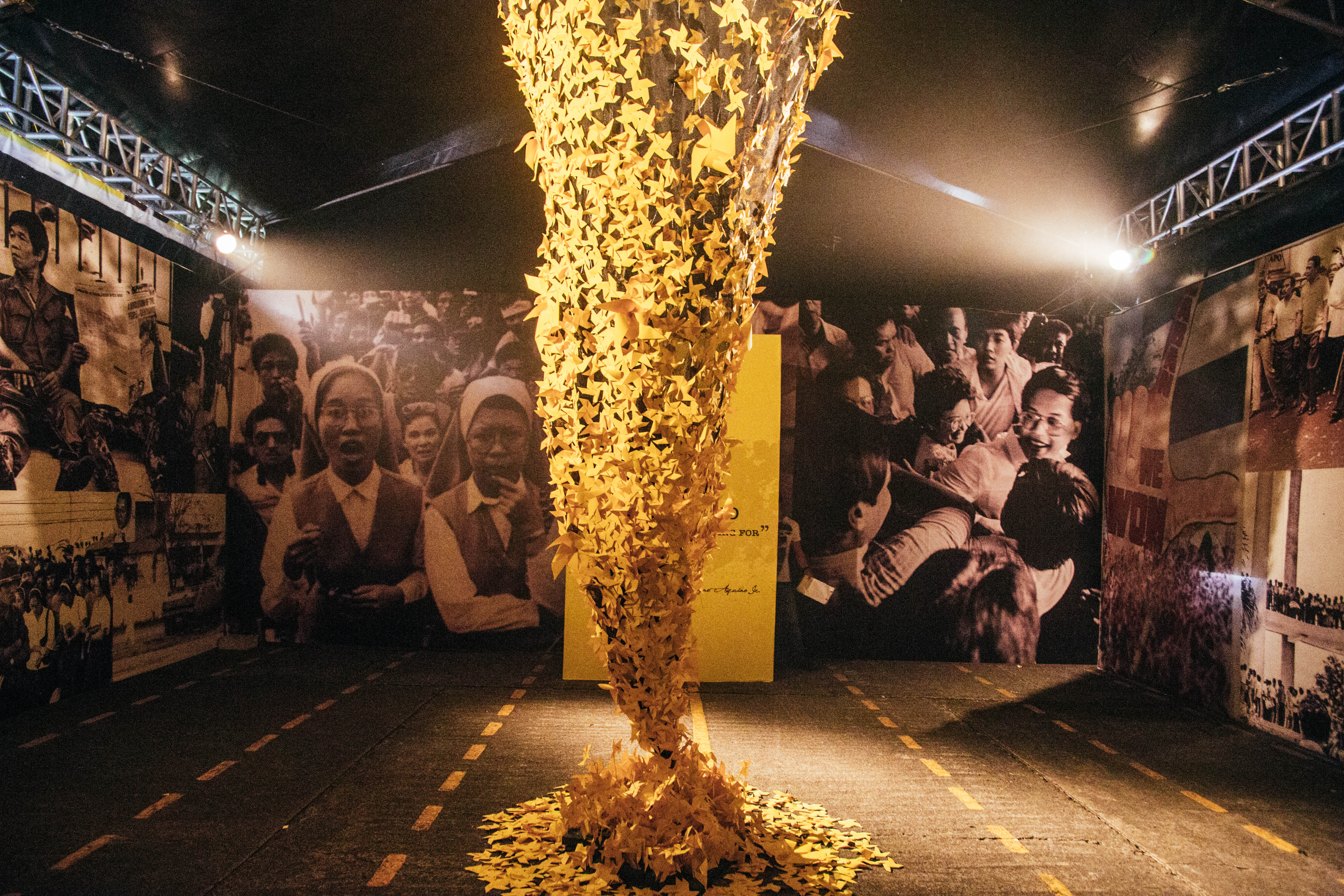 More scenes from the People Power Revolution cover the walls. At the center of the hall, there is a tower of yellow ribbons and paper flowers.

This hall allows visitors to reflect on the legacy of the revolution, with images of its key characters and even the common citizens who dared stand in front of mammoth tanks.

The Hall of Action

You meet two very important people in this hall by way of projection and hologram. One is from the distant past, and another, the present: José Rizal and President Benigno “Noynoy” Aquino III.

They ask hard-pressing questions, and exhort visitors to grasp the ideals of the revolution.

Rizal asks, “Will [People Power] ever happen again?” while Aquino warns, “Those who cannot remember the past are condemned to repeat it,” quoting philosopher George Santayana. 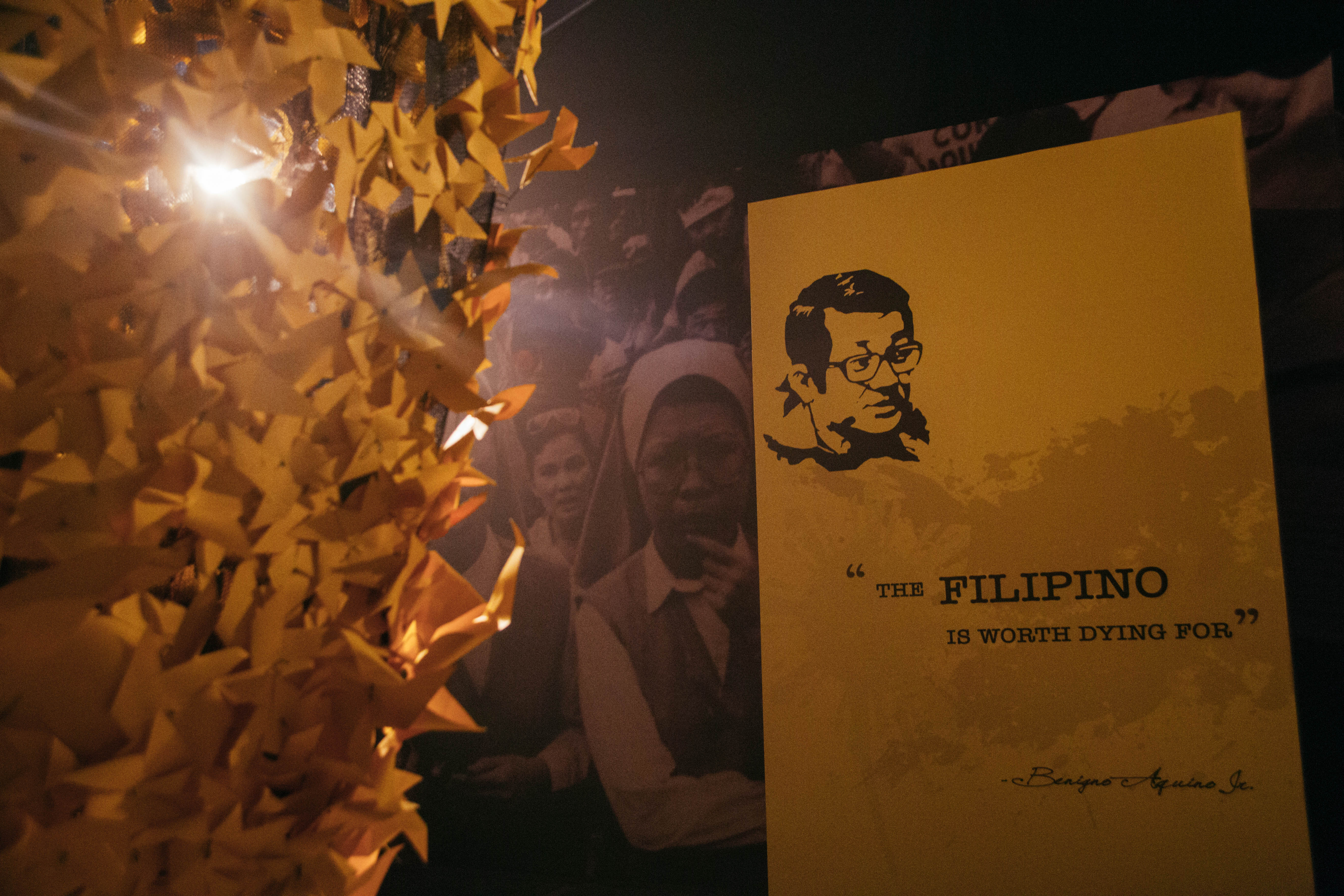 If the experiential museum’s goal was to disturb and be a call to action, it succeeded, at least for me. The first few rooms had a distressing aura to them, and pulled out all the stops – from top-notch acting to the use of technology and compelling art.

What’s remarkable about it, too, is that it doesn’t celebrate the mythologies of People Power – with its well-known icons, but really tells the untold stories. And these stories matter – because these are the little threads, without which, the entire narrative unravels. – Rappler.com