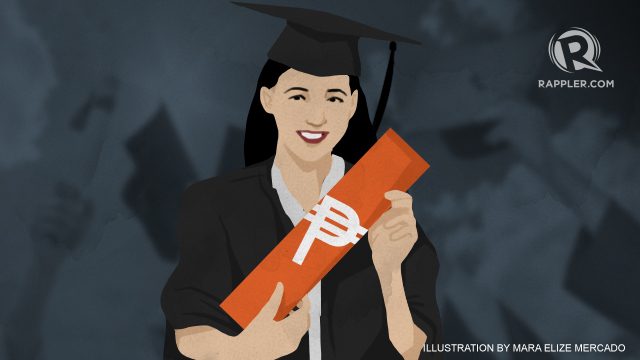 Facebook Twitter Copy URL
Copied
(UPDATED) Find out how much fresh graduates earn on average, according to Jobstreet

According to their report, the top 3 jobs with the highest average montly salaries are IT-related work, jobs that have to with statistics, and legal services.

The average salaries for fresh graduates reportedly increased by 9% since 2014.

Jobstreet’s findings are based on the jobs posted on their website from October to December 2015, and their 24,000 employer partners.

According to Jobstreet, these specializations pay fresh graduates the highest:

Among the 10 top paying jobs for fresh grads, 3 are new: training and development, quality assurance, and merchandising.

In turn, 3 were dropped from the list, namely, the arts/graphic design, agriculture, and banking/financial services.

As part of their report, Jobstreet also showed which jobs fresh graduates were most hired for in 2015. These are their findings:

Salary might be one of the biggest considerations in looking for a job, but Jobstreet’s fresh graduate survey found that most employers disliked applicants who were overly conscious of their salaries or had unreasonable demands when it came to their salaries.

As such, they suggest that new graduates use the data provided as a base for realistic salary expectations.

For those who will be looking for jobs soon, Jobstreet also found that it’s best for fresh graduate applicants to highlight their internships, extra-curricular activities, part-time jobs, grades, and the school they graduated from in their applications.

Jobstreet Philippines country manager Philip Gioca also advised that you sharpen your sub-skills aside from your specialization, as the market is becoming more competitive.

Are you graduating soon? Is salary a big factor in your choice of job? Let us know in the comments! – Rappler.com