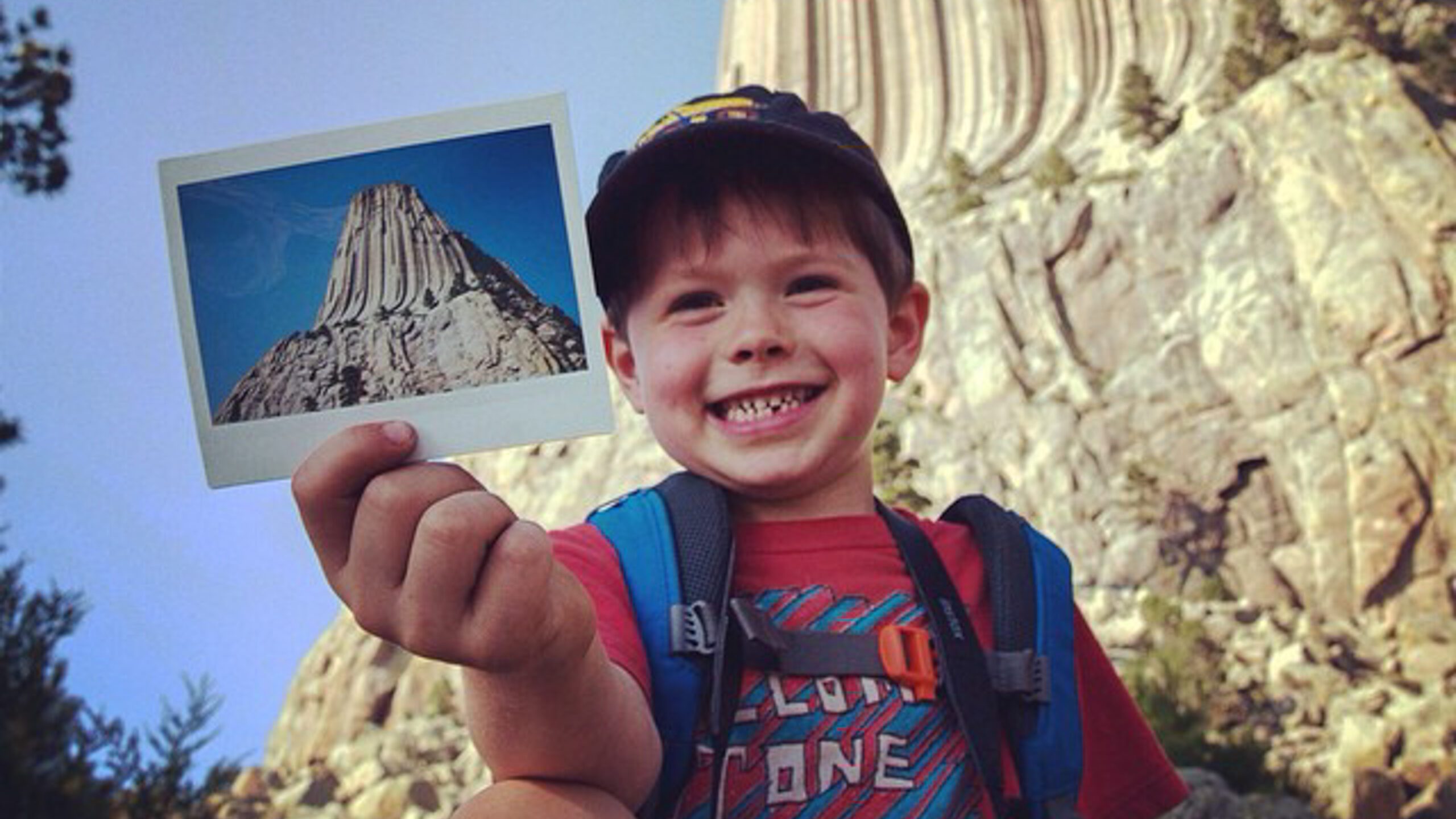 Facebook Twitter Copy URL
Copied
Hawkeye Huey first picked up a camera when he was 4. Now this kindergartener has been published by 'National Geographic' and has just released a book

MANILA, Philippines – Photographer Hawkeye Huey has a published a book of photos and was featured in National Geographic Proof – and he’s only 6 years old.

Hawkeye was only 4 when he first picked up a camera, given to him by his dad, National Geographic photographer Aaron Huey. Today, he shoots with a Fujifilm Instax Wide.

The two were on their first road trip to the southern California desert, Aaron recounted to NBC’s Today, when he decided it would be fun to hand Hawkeye a camera.

@hawkeyehuey is on a road trip with his mom and dad, driving around the American South West. We will load his photos when we get home (this 18 day trip is mostly technology free). Photo of Hawkeye in Joshua Tree by @argonautphoto.

On Instagram, Aaron explained his choice of giving Hawkeye an Instax instead of a digital camera: “The analog object was key to sharing with Hawkeye how to meet and communicate with people. Watching the chemicals develop with the person he photographed, as the photos shifted from a white rectangle to the full color image, was always magic.”

Editing @HawkeyeHuey 's photos from the first 6 days of our family road trip! We are going mostly technology free so we will start posting in a week or two when we get home!

TODAY IS THE DAY! My son (@HawkeyeHuey) has a photo book for sale! A project that started when he was 4 years old has arrived in book form today; the final evidence of our dozen or so adventures making photos around the American West. I can honestly say that I learned more watching my 4 year old make photos with an Instant camera than almost any other photographic experience in my life. I am grateful to have spent this time with him and excited to see how he will grow in the years ahead! Whether he becomes an engineer, a motorcycle stunt rider, or an artist I know he will own the hell out of it! You can find the book on sale for the next week in the link in my header or at @outsiderbooks. A lot of parents have been emailing asking what camera Hawkeye uses. Its the #InstaxWide. You can find them via @fujifilm_instax_northamerica, we couldn't have done it without this camera. The analog object was key to sharing with Hawkeye how to meet and communicate with people. Watching the chemicals develop with the person he photographed, as the photos shifted from a white rectangle to the full color image, was always magic. #FilmIsNotDead #ad #JoshuaTree

In the interview with Today, Hawkeye said he likes the analog style too, because he can take pictures of people and then hand it to them: “I like taking pictures of people because sometimes you can actually hold the picture, you can’t delete it… If this were on the computer, you can just put it in the garbage.”

Kassandra visiting the #EMP in Seattle, from #NorthPoleAlaska. Photo by @hawkeyehuey

One of our favorite artists!!! @mataruda met up with us in Phoenix on our trip. The flash made his hands white so Hawkeye drew in his tattoos: a #Hummingbird, the immigration symbol of the family inside a crescent moon, and a shell like symbol. If you don't know this artist please go scroll through his feed immediately and follow his work! Photo by @hawkeyehuey

Soon after their first trip, Hawkeye would take photos on family road trips and his dad would post them for him on Instagram. Today, he as more than 200 posts and more than 200,000 followers on his account.

Dancers at the Veterans #PowWow in #GrandRonde, #Oregon. photo by @hawkeyehuey 7/11/15

In 2015, Hawkeye was featured in Proof, National Geographic‘s online journal. Here are some of his photos that were featured:

In Proof, Aaron said the Hawkeye often shoots from a perspective that surprises him.

“Sometimes he even sees things that I miss,” said Aaron. “We passed this scene of a woman leaning on a pole with a yellow truck behind her, and I wanted to keep walking but he insisted on going back to take her picture. We did go back, and the picture is one of my favorites from that day.”

According to Today, Hawkeye is the youngest photographer to be featured in the magazine.

Here are some of his photos from the trip and his photos on National Geographic Travel.

Check out @hawkeyehuey's spread in the current issue of @natgeotravel !

@hawkeyehuey inside the mouth of the #cabazondinosaurs in Southern California on assignment for @natgeotravel. Scroll down through this stream to see one of his shots of the dinosaurs.

We visited the #CabazonDinosaurs on our way to Joshua Tree! Photo by @hawkeyehuey on assignment for @natgeotravel!

On June 1, Hawkeye’s first book, titled Cowboys, Indians, Hobos, Gamblers, Patriots, Tourists, & Sunsets: A 5-year-old’s Portrait of the American West was made available on a wider release. Limited editions of the book were made available last year.

@hawkeyehuey's book has arrived! Cowboys/Indians/Hobos/Gamblers/Patriots/Tourists & Sunsets can be found at the link in the header or at @outsiderbooks! We are so excited to share this experiment with all of you!!!

Are you a fan of Hawkeye and his photos? Are there any other kids who inspire you? Let us know in the comments! – Rappler.com