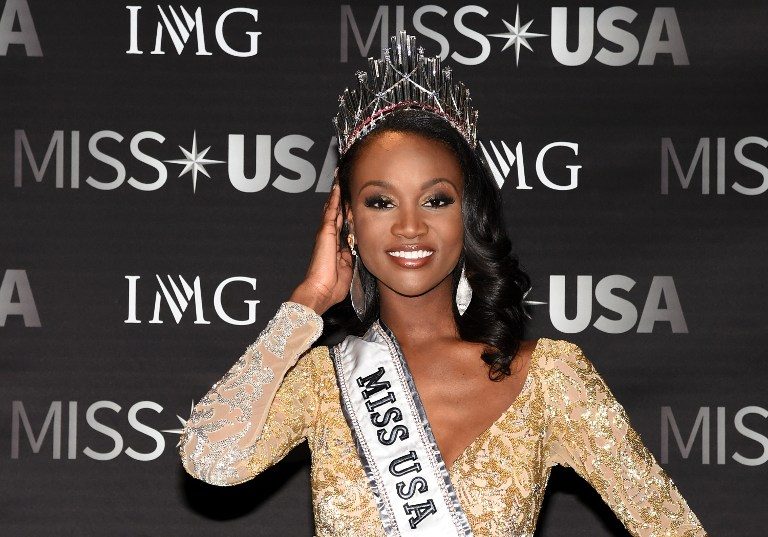 LAS VEGAS, USA – When Miss District of Columbia Deshauna Barber took the Miss USA crown Sunday, the US army reserve officer said she hoped that she was “breaking the mold.”

Serving in the military “has taught me that being confidently beautiful is about being able to earn respect from people regardless of what you look like,” said the 26 year-old Barber.

The 5’10 feet (1.77 meters) tall Barber is an army reserve logistics company commander and an information technology analyst for the US Commerce Department.

The Miss USA pageant for years was owned by billionaire Republican presidential hopeful Donald Trump, who sold it last year to a talent management group.

In the pageant that decides who will be the US representative in the Miss Universe contest, the 52 contestants took part in swimsuit, evening gown and interview rounds at the T-Mobile Arena at MGM in Las Vegas.

Barber is only the third representative of the US capital to ever win the Miss USA pageant. She defeated Miss Georgia and runner-up Miss Hawaii for the crown.

Barber said that gender doesn’t limit women in the US military.

“As a woman in the military, people associate beauty with weakness and they learn very quickly that I’m extremely strong. And although I’m small, I’m powerful and confidently beautiful is being myself and being very happy with who I’ve become.”

Just before the broadcast, Barber described the armed forces as her family’s business. She joined the army at age 17, and her father, an army master sergeant, served time in Iraq.

“It’s something that runs through our veins, patriotism; and service for this country, things along those lines is something I take very seriously,” Barber said.

“I’m also saying that no one soldier has the same background and does the same thing. That we can be feminine, we can be in beauty contests, we can be models. There’s stereotypes on both sides that I feel like I’m breaking even by being here.” – Rappler.com