MANILA, Philippines – Finding Dory set designer Paul Abadilla just celebrated his 8th anniversary at Pixar, but not without falling down a few times along the way. (READ: 12 things to know about Pixar’s ‘Finding Dory,’ featuring life after ‘Finding Nemo’)

Tripping up is okay, though, said the Filipino Pixar artist (or “Pixnoy” as they like to call themselves) at a press conference on Monday, June 13. It’s even encouraged at Pixar. It’s all part of the process. (READ: Meet Ronnie del Carmen, Pinoy co-director of Pixar hit ‘Inside Out’)

“One thing they [at Pixar] say is ‘fail early, fail often.’ That means being able to get your ideas out there and getting feedback, and that way, you get to evaluate yourself, your strengths, and your weaknesses, and you’ll be able to move forward and become better.” 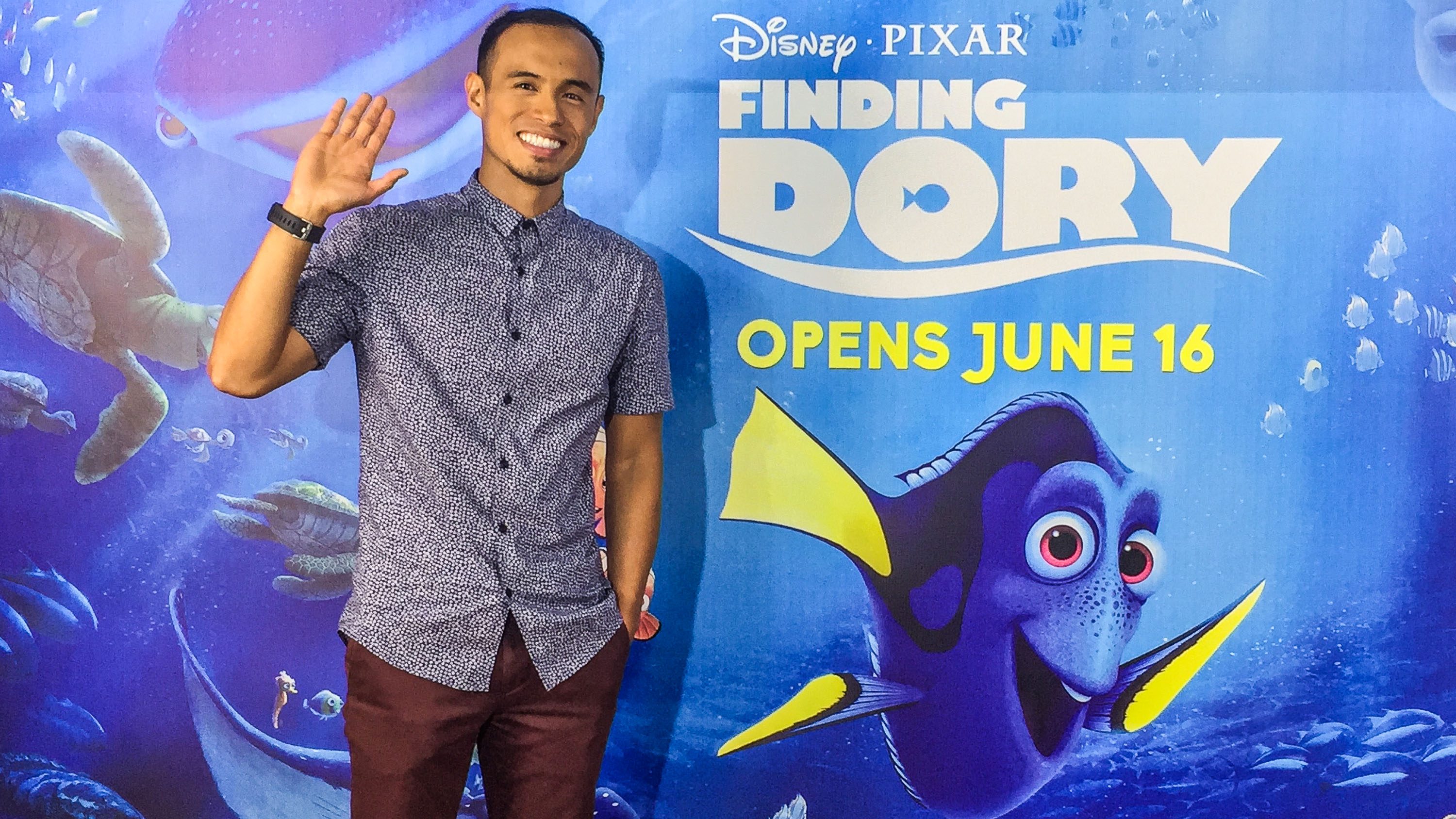 Paul said he was bummed when he didn’t get an internship at Pixar in his junior year of college, adding, “I just remember feeling so discouraged at the time, like ‘Aw man, that’s where I wanna end up.'”

Still, he was able to intern at Walt Disney Animation Studios instead, and he used the opportunity to learn and improve. “That failure really motivated me to do better, because had I not known what they were looking for, I would have never hit that target.”

“That target” was an internship at Pixar, where he worked on Brave, designing vegetation and trees for the movie. He became a regular employee soon after. Paul has some advice for aspiring artists, which he said also applies to any creative person – practice.

“You should be able to master those fundamentals, whether it’s drawing or whatever it is that you’re doing and practice… For an artist I think practice means drawing everyday, keeping a sketchbook, being able to observe life and being able to translate that onto paper,” he said. At a conference in 2015, Ronnie del Carmen, a Pixnoy who was co-director of Inside Out and story supervisor on Finding Nemo in 2003, gave similar advice to aspiring artists: keep creating and keep getting feedback.

Keep doing what you love, what you’re passionate about, he said, and keep making things: “Even if nobody hires you to do it, make something. You finish it, complete the task.”

Next, he said, show your work to someone – despite your fears and doubts – so you know which areas you should improve on. “[Having the mentality of not wanting to fail] means you don’t finish it because you’re afraid that whatever you do is not good enough, so you don’t do anything. And then when you don’t do anything, years go by, you still believe that ‘I could be a great whatever,’ but you still haven’t done anything!”

Today, Paul is a sketch artist at Pixar and has worked on shorts like Lava and Sanjay’s Super Team.

In an interview in 2015, Paul said he doesn’t mind working on smaller projects, as they are opportunities to learn: “It’s a smaller crew, it’s more collaborative. You get to try out more of a different role than you’re used to in a feature film, and a lot of us who work here grow a lot, you know, we get to try new skill sets, and we grow a lot professionally by participating in those short films.” Paul also worked on Inside Out for a few weeks as a set designer, and pitched some of the work he helped design to director Pete Docter and co-director Ronnie.

“[Ronnie] had a lot of great insight on where these characters are coming from like… insight on how to say what would work. For example, the ‘boyfriend maker’ I helped design, which made it into the movie – which was very surprising to me because I thought it was scrapped for some reason – but I learned that it was an integral part of the story.”

Ideas getting scrapped is a big part of his job at Pixar, said Paul, and it was one of the things he had to get used to. 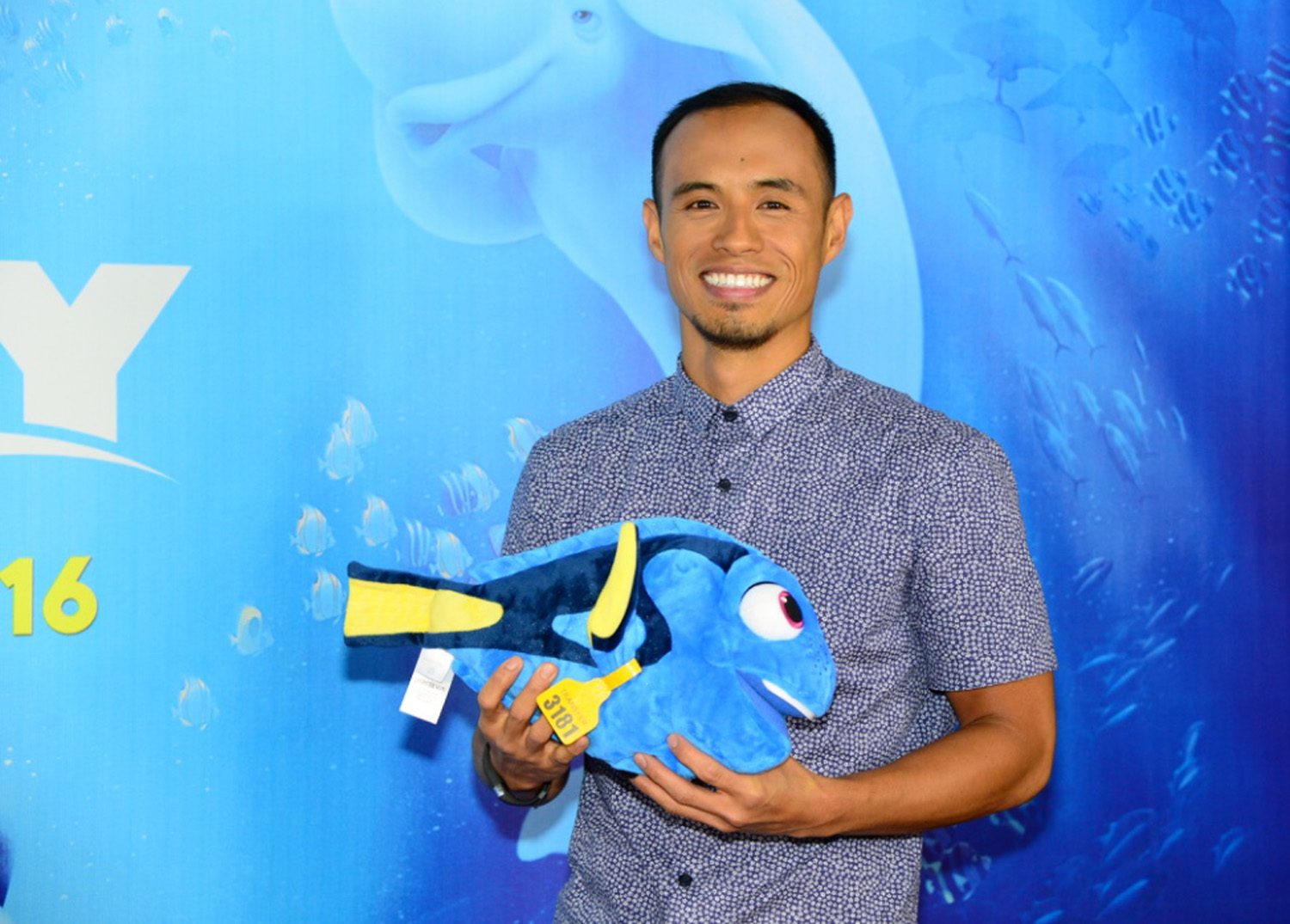 “Part of the job is to be adaptive to changes in direction. You know, one day we might be working on a certain part of the story, or for me, on an environment, designing that, and then the next week or month you find out that whole set had been cut from the movie,” said Paul on his biggest challenges at Pixar.

“Part of the challenge is being able to be resilient and being able to bounce back and move on to the next task and not let those changes affect you personally, because being an artist there means you’re contributing to the team,” he added. – Rappler.com