Jul 9, 2016 5:47 PM PHT
Donna Bramhall
Facebook Twitter Copy URL
Copied
Writer and researcher Donna Bramhall talks to Lasoy, one of the few surviving members of her generation with compulsory Kalinga tattoos, about what it means to be a Kalinga woman, and her complex relationship with her skin art. 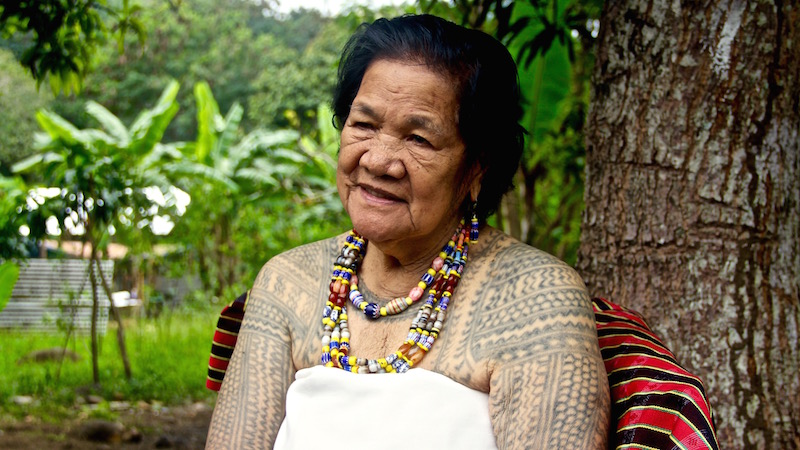 Kalinga is both a tribal community and a landlocked province in the heart of the Cordillera region in northern Luzon, the Philippines. Until recently Kalinga people could be identified from a distance by their distinctive body art. Immersed in the magnificent mountains, Kalinga people lived modest but passionate lives in a world where your skin communicated your social status to the local community.

In February  2016 I traveled to the Kalinga capitol of Tabuk where I was a guest at the annual Kalinga Foundation Day festival. There I was able to interview Lasoy, one of the few surviving members of her generation with compulsory Kalinga tattoos, on what it meant to be a Kalinga woman, and her complex relationship with her skin art. 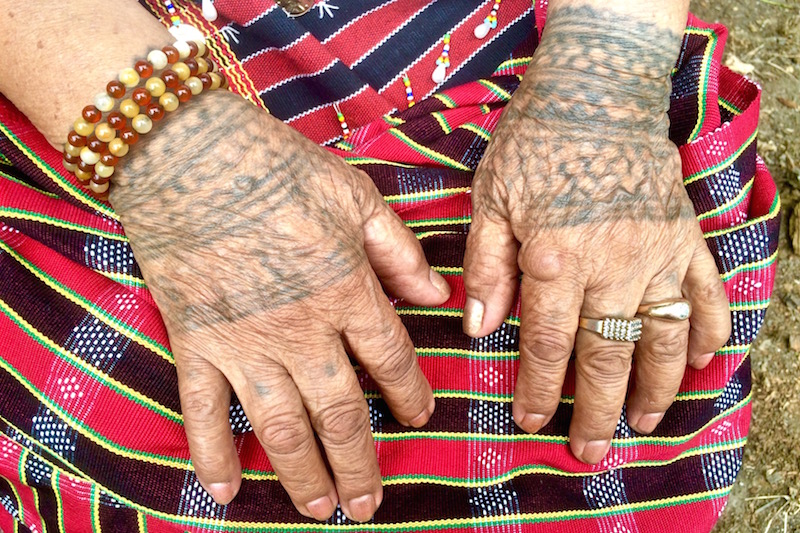 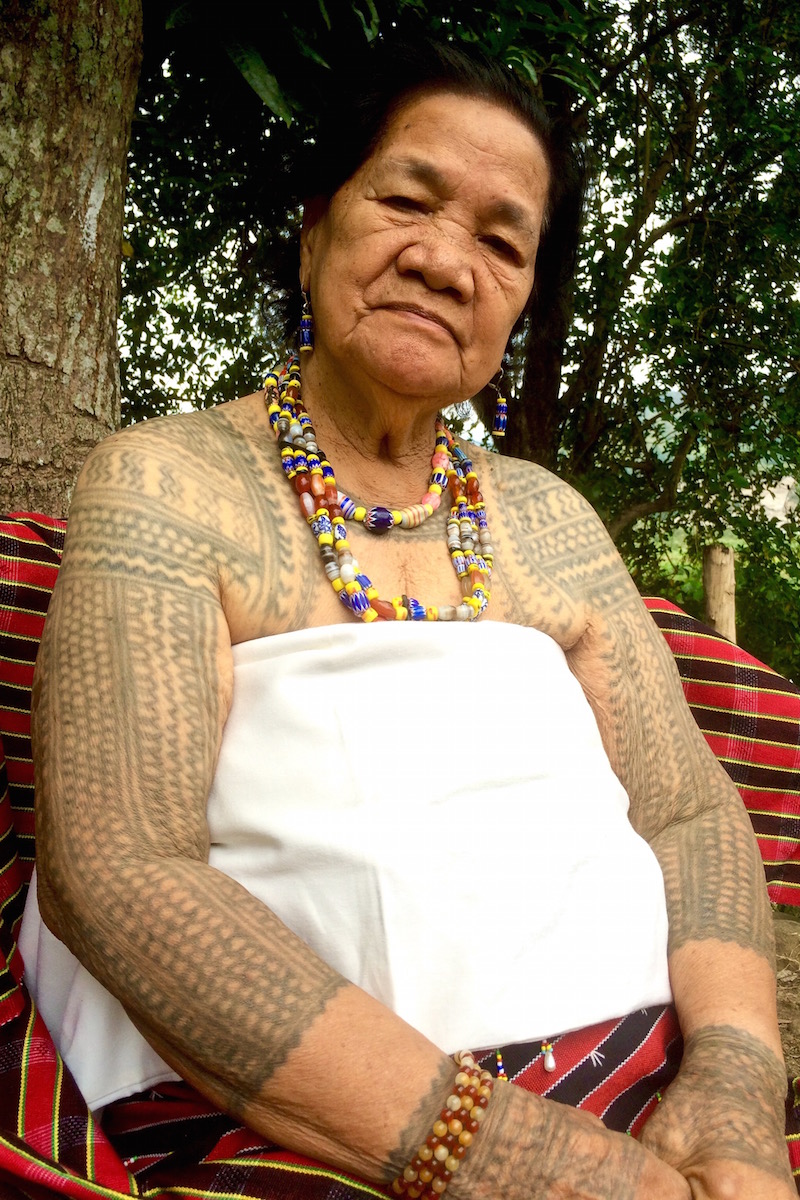 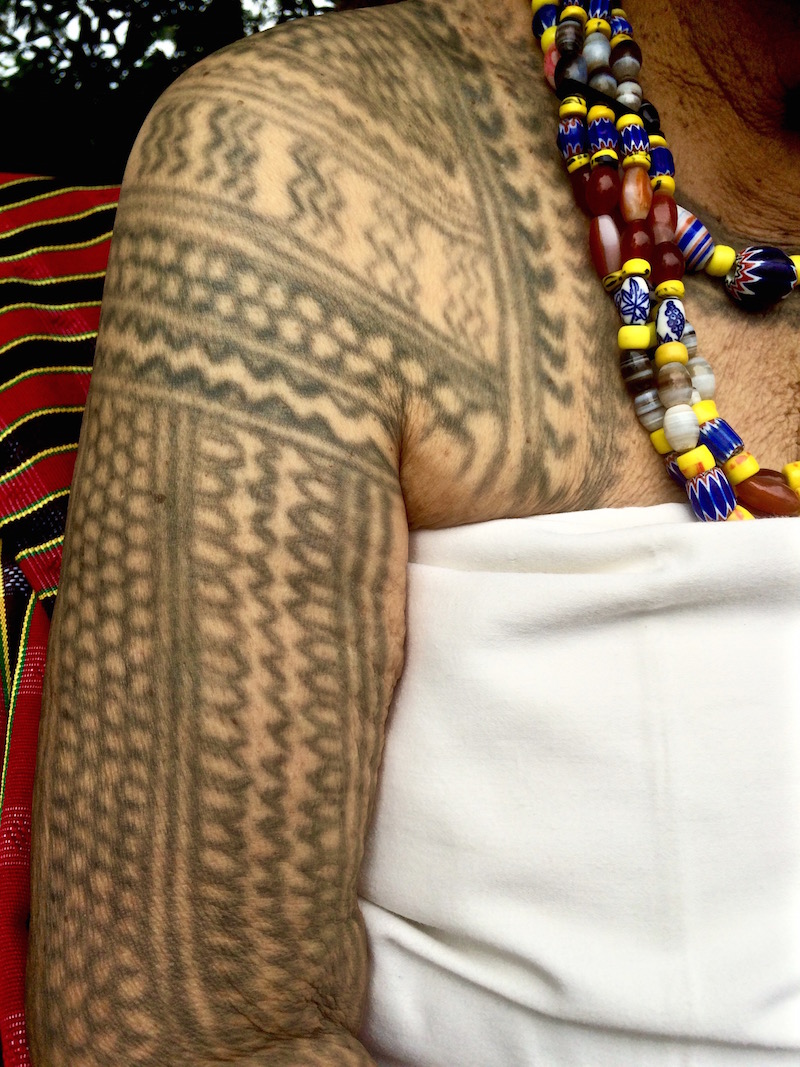 “An eye for a eye. A life for a life. Vengeance is a way of life for Kalinga people.”

Lasoy, 84, did not mince her words when replying to my first question,

“What does it mean to be from the Kalinga tribe?”

Off camera Lasoy reminisced about the head hunting days,

It was only acts like these that could justify men being rewarded with tattoos. Usually it was teenage Kalinga girls like Lasoy who were expected to have tattoos as a symbol of their strength, coming of age and beauty. Killing the enemy in battle and defending the village was the only way a Kalinga man could earn his social stripes, henceforth giving him special privileges and lifelong respect.

Although tribal wars and blood feuds still exist all over the world, they are less common. Head hunting has been replaced with firearms and Animist rituals with Christian worship, so there is less and less call for the traditional tattooing traits.

“Kalinga men don’t cheat.” She said assertively, “They wouldn’t dare. Kalinga women are strong and would kill their husbands if caught cheating.” There is no doubt in my mind that she is not joking, despite the smile on her face and the intermittent chuckles.

Today Kalinga tattoo art is popular with tourists but scarcely adorns authentic skin. Most native people have left their small mountain villages only to encounter that the traditional beauty and pride practices of their tribe are met with prejudice in the low lands. In general it seems Christianity and commercial careers frown upon tattoos and adornments, making it difficult to earn a living and express your identity creatively.

“When I left my village I was ashamed of my tattoos. My daughter married a American solider, so when my husband died I moved to New York with them. It was there I realized that tattoos were often associated with criminals. I felt embarrassed and tried to cover them up. But later people would ask me about more and more about my culture, and they wanted to see my tattoos. I felt proud to be a Kalinga women.”

It was in NYC that according to Lasoy’s granddaughter, Dionica, where a curator of a world famous museum approached Lasoy in the street offering her $1000 for every square inch of her skin after she had passed away. Lasoy is said to have declined the offer.

Kalinga tattoos are inspired by objects seen in daily life, such as rice terraces, ladders and centipedes. Some placement of the designs on women display their social status, such as in Lasoy’s case being the eldest daughter, but generally speaking, singular female tattoos are not known to have important cultural context.

However men’s tattoos are meant to have symbolic significance, as specific motifs are saved only for men in order to communicate their bravery, battles won and how many people they have killed.

The tattoo tools themselves are made from a instrument constructed in bamboo and razor sharp lemon thorns. The design is marked onto the skin using long strips of straight grass, dipped in simple a mixture of charcoal and water. Then thorn tip is submerged in the charcoal solution before rigorously hand tapping the piercing point into the design on the skin.

World renowned Apo Whang-Od is the last practicing traditional mambabatok or tattoo artist in the whole region. With her in her nineties, time is running out for her to pass on the time-honored hand tapping technique and tribal motifs to her 13-year-old grand daughter and apprentice. Although locals rarely practice the tattoo tradition today, tourists are currently flocking to Buscalan village to have this living legend scar their skin.

The extinction of ethnic expertise

As with most cultural practices, time changes people’s perception of traditions, and can result in prejudice. What once was beautiful is now at times considered too bold, and therefor can hinder one’s chances of change from rural life.  I don’t condone the actions Lasoy’s mother took by forcing her to have tattoos, but when a national dying art is literally on its last legs before extinction, it is hard for me to understand why a revival of the traditional tattooing has not taken off in Kalinga Province?

People are often scared of something that is different, and full sleeve and chest tattoos are not popular culture elsewhere, but we don’t live in a world of division like we used to anymore. Information and education can be widely distributed about diversity at the touch of a button. Perhaps more can be done on a national level to promote an understanding of ethnic differences and pride in the Philippines, and possibly some sort of financial incentive training program could be offered to a new generation of Kalinga mambabatoks, to learn from Whang-Od before she passes away? 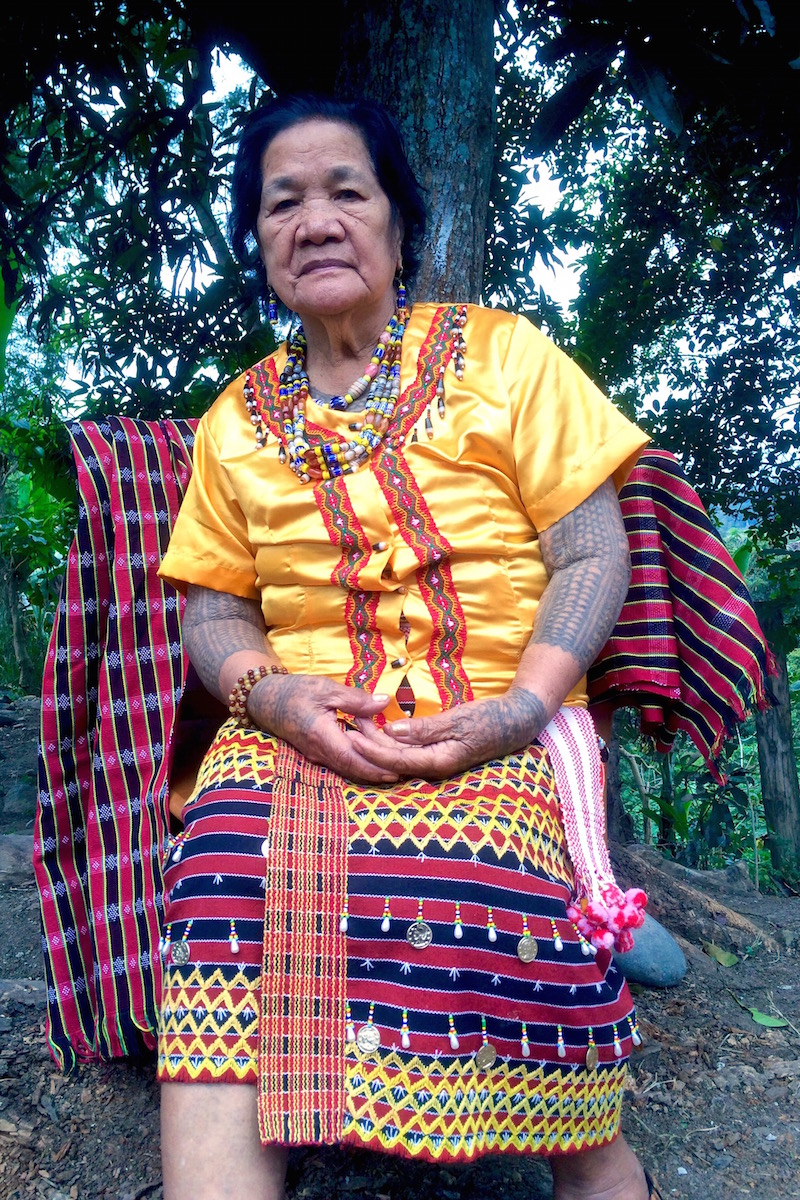 The point is something can be done to save this rare and beautiful ethnic art form, but where and how needs to happen now, because it is not yet too late. 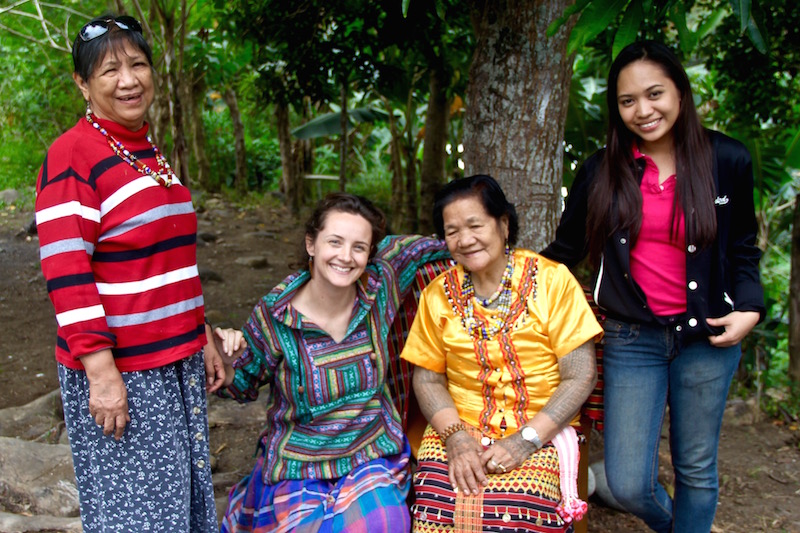 All photos courtesy of Donna Bramhall. Translations done by representatives from the Department of Tourism

Donna is a devoted wanderluster from the UK, she has worked in fashion and textiles most of her life and loves exploring different cultures, countries and clothes around the world. Follow her blog at hauteculturefashion.com