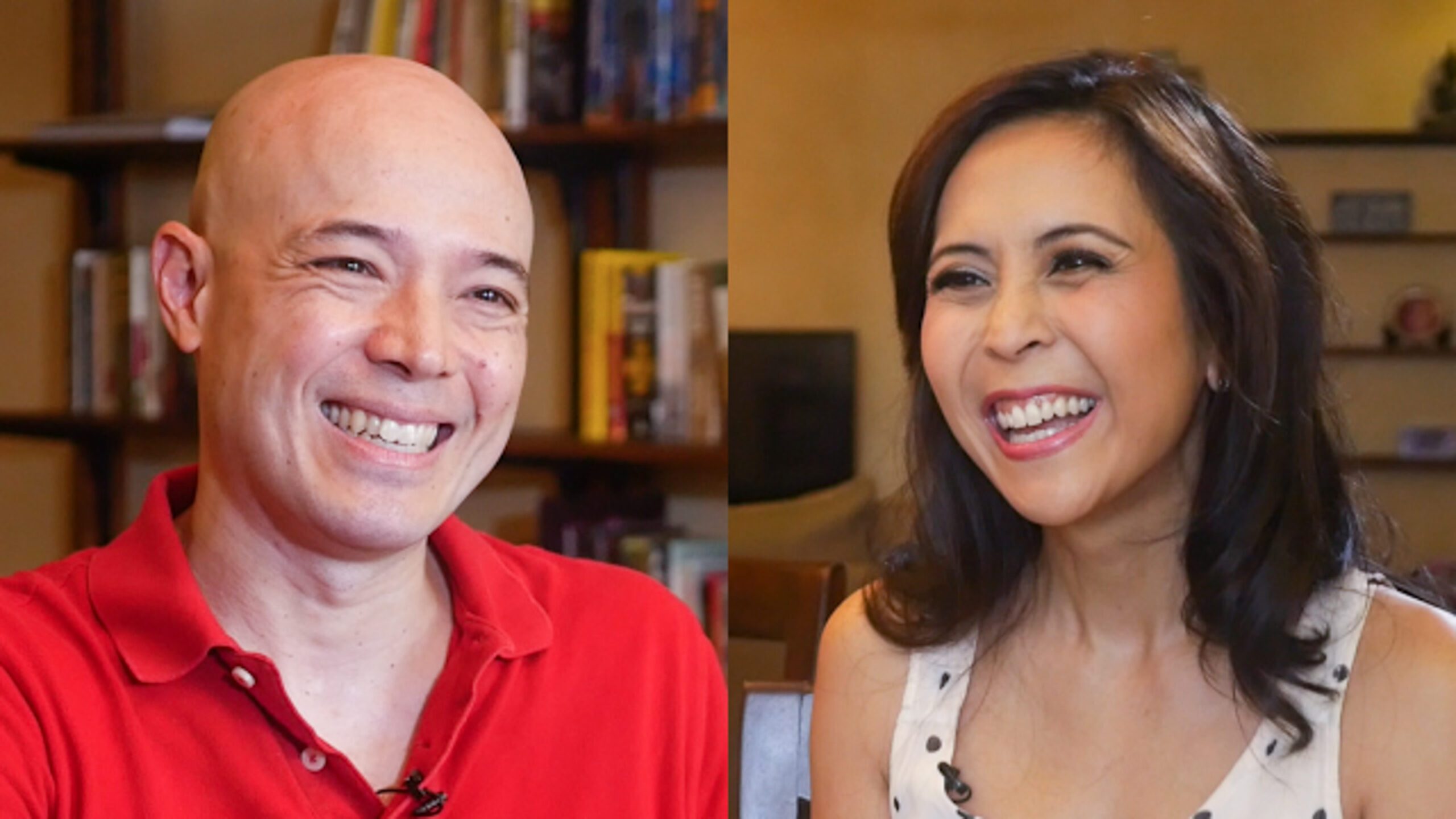 MANILA, Philippines – After almost 30 years in the industry, actors Joel Trinidad and Rachel Alejandro have learned a thing or two about being onstage and juggling their many roles – both in the theater and in life.

Now, the two are producing and starring in a play, Love/Sick, featuring 9 different love stories.

A week before opening night, Rachel and Joel sat down with Rappler to talk about the play and how they’ve been doing since they started out.

‘Make it on your own’

Joel – an actor, writer, director, and producer – wanted to work behind the scenes at first.

He had entered advertising after college – in the hopes that it would become a training ground for him to eventually become a filmmaker. But Joel changed his mind as he was working on some theater productions in his spare time.

“I was allowed by the company to do theater on the side, as long as it didn’t interfere with [my job]. And as I was doing that, [I realized] I’m an actor, I’m not a director.”

The acting gene runs in Joel’s family – his dad, Noel Trinidad, is a veteran actor, who has been in movies like Batch ’81, and TV series like Be Careful With My Heart.

His advice for Joel about his acting career was unexpected: “Don’t be an actor.”

Noel warned against the instablility of an acting career and said that even if he would support whatever choice Joel made, he wouldn’t be pulling any strings for him.

“If you’re gonna do it, I want your achievements to be your own. I don’t want you to think, ‘Oh, my dad helped me do this,'” recounted Joel.

Rachel said she also got great advice from her dad when she was just starting out in the industry at 7 years old.

She was on the variety show That’s Entertainment, where they had to lip-sync to songs instead of singing them live.

“I didn’t know all the words, or I made a mistake in singing one line and hindi nag-sync (that didn’t sync),” she recounted.

She took his words to heart and said that ever since then, she’s always on time and always prepared.

Rachel has amassed a lot of experience in the industry, playing roles in Rock of Ages, Avenue Q, and Into the Woods.

She’s also set to play Paula in the movie version of Ang Larawan, which was originally a stage musical, in 2017.

After years in the industry, Rachel has made mistakes and learned from them, too.

Here’s one important advice that she said she could give to the younger generation of actors: stay relaxed.

“The most important thing to be on stage is to be as relaxed,” she shared. “I know it’s impossible because there’s still going to be a little bit of tension, the fact that so many people are looking at you. It’s not human to not always be kind of still on the edge.”

“But the more relaxed you are, and the more you tell yourself, ‘You know what, it’s gonna be okay. And no matter what happens out there, I’m gonna be able to handle it.’ If I put that in my head, then I can react to things that may go wrong.”

“Things that may go wrong” can be anything from a fellow actor forgetting a line or a missing prop – Rachel shared that she once had to pretend to kill herself onstage, but the bottle of pills wasn’t where it was supposed to be. Still, the show had to go on, and she reached behind her instead, and pretended to grab a bottle.

Today, Joel and Rachel are taking their talents to Love/Sick, which runs from August 5 to 20 at the Mind Museum in Bonifacio Global City.

What’s the best career advice you’ve received? Share it with us in the comments! – Rappler.com